(Not sure about the convoy battles. I’ve had enormous success by the cheesy tactic of just sending my fleets at full speed through the middle, ignoring the escorts, and then running for home, You may lose a destroyer or two, but I’ve never lost more than the escorts have, and it only takes a short range pass or three to hit the shop sunk target…) 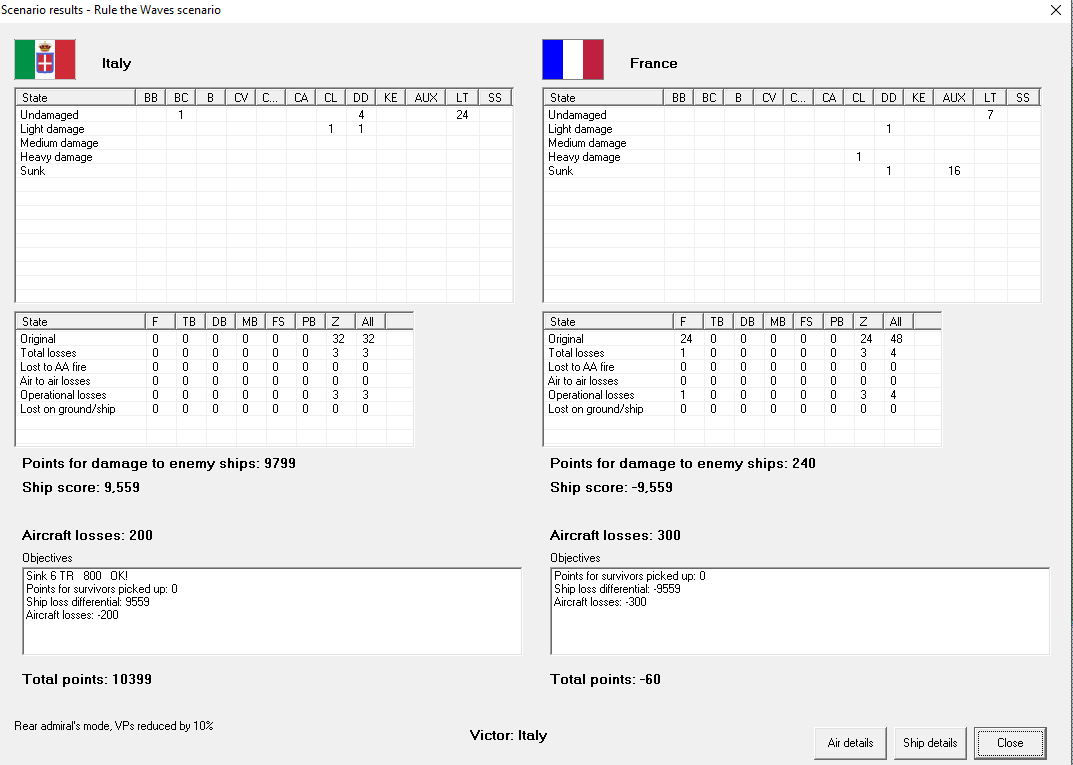 Ah well, if there is a real annoyance with the game, it’s how quick the doom spiral can be on overspending. I went bust about a year later and was kicked out, despite my military glories…

Good luck next time! There’s something appealing about wrestling with budgetary constraints in this game, more so than in a lot of strategy games with 15 resources.

Good to know! I still intend to wrap this up, but it’s on hiatus until I finish painting/re-carpeting the room where my gaming computer goes.

I look forward to more installments!

I gather the new NWS store will open on January 1st. Supposedly they’ll post a link to it on the NWS forums. No links available yet. I’ll be pretty tempted to buy this. The DRM looks horrid, but the game looks great.

I will have to reread this to figure out where things were, last I played.

I gather the new NWS store will open on January 1st.

It is my sad duty to announce that Christopher Dean, NWS Store Owner/Operator, passed away this last evening: Dec 1, 2021. He was an associate of mine for 20+ years, but more importantly he was

Seems to have opened! Oh interesting. If you google NWS Online Store, which I did, you get an unreachable facebook page and then an unreachable website. Looks like they need some SEO!

And web design, because geezus.

Thanks for the link, Brian! I’m impressed that they honored their promise to get the website up and running on New Year’s Day. At least the web design matches the Windows 3.11 style of the game itself!

So now I just have to decide if I want this game enough to pay $35 for it. The answer is probably yes.

And web design, because geezus.

At least their site isn’t vulnerably to any modern hacks or exploits :-)

At least their site isn’t vulnerably to any modern hacks or exploits :-)

Okay that killed me. Hahahaha

Thanks for the link, Brian

No problem, glad I was able to find it. If I hadn’t just thrown a ton of money at a Kickstarter I’d be picking it up.

It appears that the new owners have removed machine-specific DRM from RTW 2 based on issues they were having since the author’s passing. I’m looking forward to buying RTW 2 now (already have 1) since the DRM is what kept me away the first time.

This update will patch RTW2 to the v1.25 'No DRM' version

That’s great news. It will probably push me off the fence, too.

oh, nice. I likely will get this now

It is the time of year when a not so young man’s thoughts turn to naval warfare. I have long waffled on getting this one, but since I have the original and I’m just not really interested in aircraft for the game, I will probably just play that. I have looked and looked for differences (other than the obvious aircraft!) between the two games, but although I’ve found people very nebulously saying the second game is “better” in many respects, I have never been able to find any indication of what other differences there may be.

Edit: a ha, the RTW2 manual addresses the changes towards the end. There are quite a few, although many (most?) have to do with aircraft, of course. For the rest it’s difficult for me to assess their impact in toto, but I think they are probably not enough for me to want to invest the extra $35 at present.