(The vehicle one was kind of nifty too, but a cast of, what, 14 characters would be a bit much. Has anyone ever seen the TV series depiction of the middle Voltron, which was, IIRC, 3 humanoid robots that somehow morphed together to make Voltron? And anyone know the history of the different Voltrons? I assume it’s akin to the power rangers, where they were all vastly different japanese series that got hacked up and re-dubbed into one thematically similar series over here.)

I didn’t realize Voltron was popular enough to warrant a movie treatment. (cue Hollywood bankrupt of ideas rant). I can see why they would use the five lions, but I preferred the cars. But they had better not mess with Voltron in the way that other movies treat TV shows. I fully expect to see:

That would have somewhat reduced the running time of each episode.

They probably learned battle tactics from the guys on the Godzilla hydrofoil (“We’re totally getting killed again! What did we do last time we were getting our asses kicked? Holy crap, I totally forgot I can push this button and add Godzilla to my team!”) or the crewmen of the Starblazers battleship (“Well, here we are about to be defeated again. I thought I could pull this one off without the Wave Motion Gun, but I guess not. Fire that baby up.”)

Well, in the case of the Wave Motion Gun, at least, they were never too sure about the blowback.

The fire sword is overkill. You have to try to subdue the bad guys first…otherwise you wouldn’t be good guys. THEN you slice them in half with a sword. But only because they just won’t behave!

Generally there was also the classic Voltron plot device of detaining/knocking out/distracting one of the pilots or disabling one of the lions so the other four had to desperately stave off the RoBeast attack until the prodigal robo-kitty could rejoin the pride and start up the recycled “LET’S GO, VOLTRON FORCE!” animation.

This movie could be ten kinds of awesome if they do it right.

I dunno. Voltron always seemed far cheesier to me than Transformers, so that sets the acting standards pretty low. It’s not like they have to choose among a cast of thousands like in Transformers (Umm… let’s just have the black lion, the blue lion, and the green lion. Red lion and yellow lion weren’t very interesting in the comics). So most of it comes down to whether they can come up with a hackneyed plot involving a threat to the whole galaxy (I’m betting yes) and can animate some cool looking robotic lions (Dreamworks? 50/50). There’s some potential here.

If it follows the TV series, the above-mentioned stuff takes up approximately the last 30 seconds of each episode.

Frankly, as long as the “Form Voltron!” sequence is done well, the rest of the movie is irrelevant. Especially if they use some permutation of the original music for it.

I mean c’mon, this is awesome if you loved the show. Just need an actor who can deliver “And I’ll form the head!” with panache and flavor.

God help me, I got chills reading that. :oops: 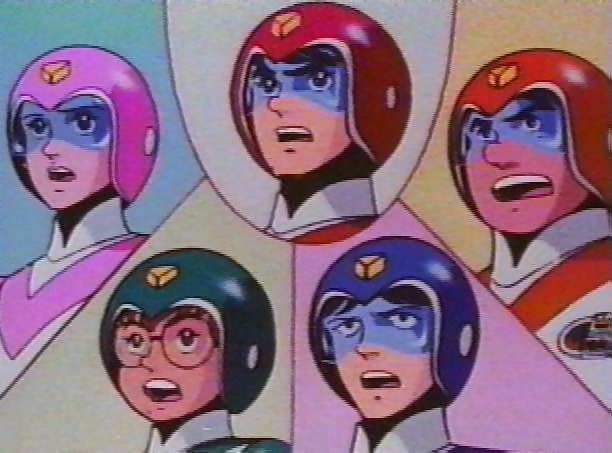 If they did something alongs the lines of the recent (and sadly, ended due to bankruptcy) Voltron comic (same premise, slightly less childish), I think it’d be fine.

Deal with Sven not being able to mesh with his lion and turning traitor, plus all the “learning” of how to work things (which can explain the blazing sword conundrum), and you’re all set.

I honestly don’t see how they can possibly do this movie and not make it suck. I’m starting to think maybe I should just keep stuff like Voltron and Transformers locked away inside my brain’s nostalgia vault and leave it at that.

Out of all the toys that I’ll forever kick myself for getting rid of, my giant die-cast Voltron is the one I’m the most disappoited about losing. :(

This feels very much like a “u-oh, studio x has the transformers, we better get a property just in case.” I hope it works out but I don’t have a ton of hope for this or transformers.

The risk of a live action Voltron is that it is an awful lot like Power Rangers.
Transformers doesn’t really have this problem.

What I’d like to see a a live action Robotech (Macross or Mospeada). I’ll take americanized or original story line even.

[quote=balut]C’mon, say it with me:

God help me, I got chills reading that. :oops:

That does not make you old. I am 40 and this was on US TV after the age I was supposed to be watching cartoons :)