I didn’t see a topic about this movie, although it is arguably one of the best movies of 2006.

If you’ve seen a movie by almodovar before, you know how the style and pacing will work out: strong (female) characters, slow build-up, quite some dialogue and “normal life” situations. Don’t expect any action, and although you can see some parts of the plot coming, I thought in the end it was really good.

I wouldn’t read up any reviews / plot summary - I’m afraid it would ruin the experience. Just go and watch it, if you like the kind of movies I just described (almodovar movies, meglio gioventu etc) I’m sure you’ll like it. 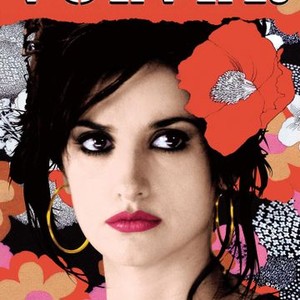 Set in Spain, this is a generational story of three women: a good mother who is desperately in love with a man who is far from being a saint; a young mother carrying a hard life upon her shoulders; and an illegal hairdresser whose shop is the meeting...


Some quotes from rottentomatoes (100%) reviews:

“Cruz has never been better or looked lovelier. The same could be said of Almodovar (well, at least the talent part).”

“One of the few artistic highlights in Cannes Fest, Volver finds Almodovar in top form with a personal movie that celebrates powerful mothers, while paying tribute to Italian neo-relaism and the strong heroines played by Anna Magnani and Sophia Loren.”

a personal movie that celebrates powerful mothers, while paying tribute to Italian neo-relaism and the strong heroines played by Anna Magnani and Sophia Loren.

Is it just me, or does that just make it sound like the least interesting movie in the world?

Like I said, it’s a slow “european style” story movie. If you don’t like those - there is chance you might find it boring. There is no action, no suspense - only character development.

For me, I can’t come up with a better movie I saw this year.