I find the ‘minimal movement’ ones quite difficult!

Agreed, the Beat Saber campaign is good, but once you’ve completed it, there are still hundreds of hours of game play just trying to move up the leader boards and beat songs on higher difficulties.

I bought Final Assault on Oculus this weekend as it’s on sale for $20 right now. Neat little RTS game like Command/Conquer. There’s a campaign mode where you take turns with the AI, moving your piece(s) on a hexagonal board, fighting battles each time you try to take their space or they take yours. It’s pretty good so far, and my Quest (via Link) seems to handle it really well, even with dozens of little units running around. Each side has a base in a battle, with soldiers regularly issuing out along set lines, like a MOBA. You can add to that with different transport vehicles, or spawn different types of types, aircraft, etc. Pretty solid in my experience so far.

So, here’s an observation I recently made regarding the difference between the Quest and the Vive.

We had a Vive long before we bought a Quest. When we did get a Quest, the first thing I got for it was Beat Saber, which I love on the Vive, but I wanted to be able to play it anywhere, as I was using it for a while for a daily workout. I was so impressed with its performance on the Quest, I basically stopped playing it entirely on the Vive.

Recently, we had houseguests, and they were playing a bunch of stuff on the Vive, so I decided to load up Beat Saber - I wanted to try out the most recent update, which I hadn’t installed on the Quest yet as I had a bunch of custom songs on it via Sidequest/BeatSaver, and I assumed the update would break them.

I played a few of my usual favorites, played them on normal where I usually S rank them. On the Vive, first try on both, I got SS rank… first time I’ve SS ranked anything.

My husband commented that the tracking on the Quest is likely not quite as good as the Vive, and even though it’s not really discernible while you’re actually playing it, it’s clearly enough to affect your score and ranking.

I’m not sure how I feel about that. I love the Quest and its convenience and comfort, and it doesn’t make me enjoy Beat Saber any less, but I wonder how it could be affecting other games and I don’t even realize it.

It could be you were just having a good night. I just grabbed my Quest and tried out Pop/Stars on Normal. Had no problem getting an SS. And then tried Crystallize (one of the most difficult stock songs) and again got SS with no issues.

There also was an update to Beat Saber at the end of August that improved angle detection when determining score, and it was definitely easier to get a higher score after the update. If you haven’t updated your Quest in awhile that might be it too.

There also was an update to Beat Saber at the end of August that improved angle detection when determining score, and it was definitely easier to get a higher score after the update. If you haven’t updated your Quest in awhile that might be it too.

Aha, I did wonder whether perhaps that was a thing. As I mentioned, I have not, in fact, updated my Quest copy of Beat Saber recently. (I’ve currently been declining the update when it asks upon launch.) I guess when I get around to updating, I’ll check again. Thanks for the info!

Hmm. . . it’s almost certainly the tracking. I have a Vive and a Quest and I always score better on the Vive. To be fair I don’t play beat saber a lot on the quest anymore because of this and supposedly the tracking has got better, but Beat Saber really is a worst case scenario game for the Quest’s tracking system (so hopefully other games aren’t as affected by this). 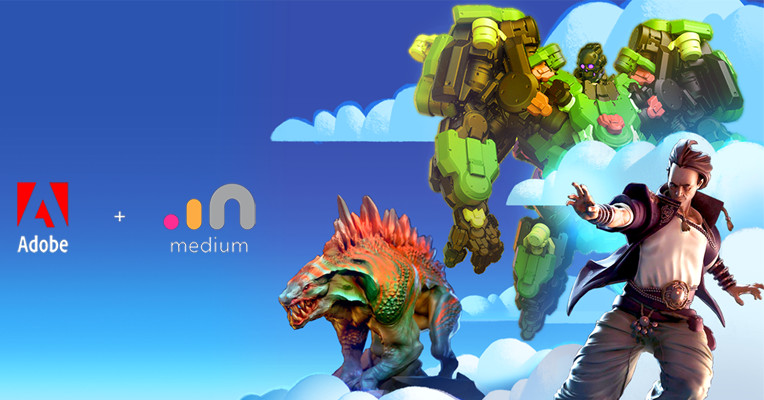 New updates will be coming in 2020

I guess we can now expect subscription pricing model, and heaps of bugs.

Magic Leap finally provided a glimpse at their thing… 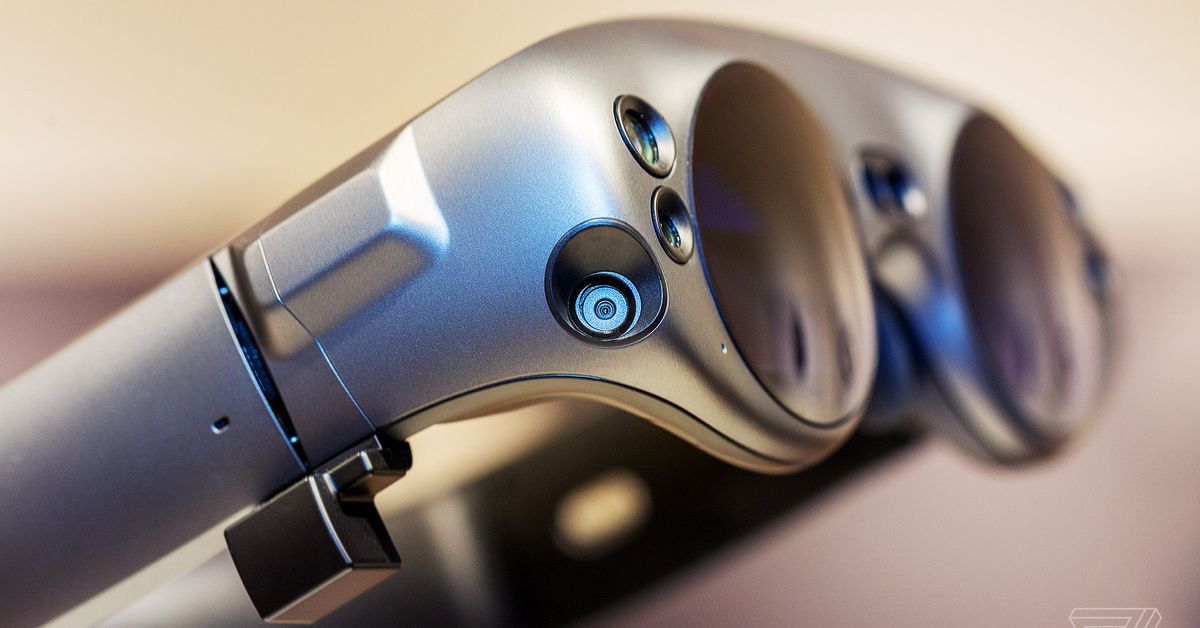 And Alphabet CEO Sundar Pichai reportedly left its board.

The headline buries the news.

According to former employees and people close to the company, Magic Leap had sold around 6,000 Magic Leap One headsets six months after release, compared to a goal of 100,000.

Yes, and they let a bunch of staff go too.

I don’t see any reason to wait that long other than mismanagement. Technology isn’t there yet, to offer a VR/AR headset that would truly appeal to the mass-market. It needs to weigh a quarter pound and look like bulky sunglasses. Then it will be everywhere.

And that will happen, but not in the next couple of years.

So, The Climb for Quest is finally out. Kind of a stealth release; I didn’t see anything about it in the subreddit and only noticed it when I was browsing the store. My impressions:

I bought the game for Rift (even though I don’t have a Rift) a few months ago to try streaming from a Shadow PC over Virtual Desktop. I got that working and enjoyed it, but it had some slight issues with lag and jitter and lockups. Luckily this is a cross-buy title, so I don’t have to repurchase it for Quest!

And having played the Rift version (streaming to the Quest) I can honestly say that I don’t notice much of a difference in the visuals between that and the game running natively on the Quest. The shadows are blockier and the scenery in the distance is a bit blurrier, but this is largely the same game it is on the Rift. I’m super impressed because I was expecting it to be dumbed down for the Quest’s hardware.

This was originally supposed to be a launch title. I actually bought my Quest specifically and largely to play The Climb. But I have to say Crytek did good here. It was worth the wait. I think this is now a signature game for the Quest. It’s gorgeous and tons of fun.

Agreed, tried it out on Quest after buying it for the Rift awhile back. Looks good, plays great, plus no worries about wires or tracking sensors!

I’d love to see more cross buy games come out. Brass Tactics, Skyworld, In Death, etc. Would be amazing if they could be ported somehow.

100,000 units for a headset that costs over two grand and has almost no software was a crazy target.

Looks like hand tracking is coming to Quest a bit earlier than announced: 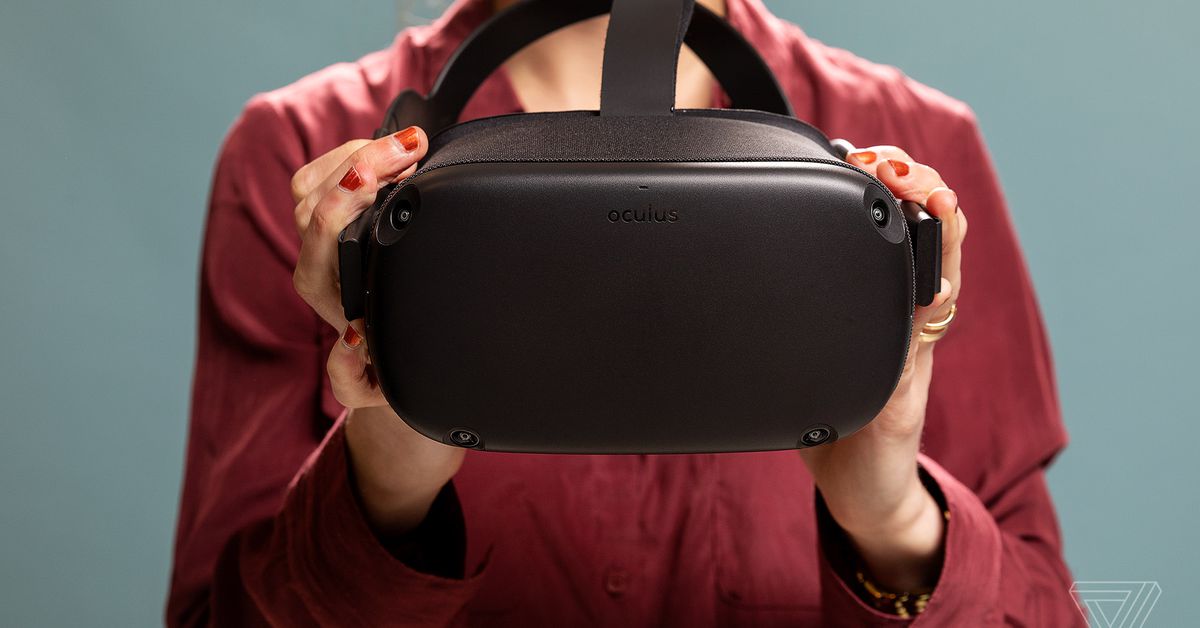 The Oculus Quest is getting controller-free hand tracking this week

It’s the only commercial headset that can recognize your hands.

Before you get too excited, there won’t be much support for hand tracking at launch. Oculus notes that the headset’s Library and Store interfaces and the Oculus Browser and Oculus TV apps will work, but that’s it for now. It plans to release the developer toolset for hand tracking to app makers next week, so hopefully it won’t take too long for support to pick up on current apps and games and upcoming ones down the line.

As a new VR player, I have to say the ‘sheen’ of the novelty is wearing off fast, because what I’m noticing already is lots of VR games are really mediocre. The coolness of looking around and using your hands is barely enough to offset how underwhelming or full problems are some of the ‘fist gen’ VR games. I can’t be surprised that some Rift/Vive owners started to having their device getting dust for months. The good news is that they aren’t mediocre because it’s somehow inherent to VR, they are mediocre in non-VR related areas, because low budgets, short dev times and/or bad devs.

An example. Arizona Sunshine is barely a FPS, more a gallery shooter where you advance at your pace. It’s inherently cool to aim your weapon and cap a zombie, but the rest of the game is dogshit. I mean things like story, npcs, dialogue (atrocious!), interesting level design, enemy variety, resource management, how other gameplay elements like exploration or puzzles are woven into the core game (they don’t), etc.

Or Job Simulator. It’s a good ‘look this is VR!’ demo, with lots of things to touch and interact, but it’s more an ‘experience’. And even as an experience, jeez, they should have hired some real comedy writers, around 1 in 20 jokes is funny.

Or I Expect you to Die. This is pretty good in places! I like the superspy theme, the humor is better ,and in general I like first person ‘touchy’ puzzlers like The Room. But it limits itself to one single place while The Room is able to tie together multiple puzzles seamlessly while you go back and forth, and more importantly, IEYTD does big mistakes like killing the player while not having any checkpoint system. Great idea.

Thanks god this is me going back to already released games, I expect better from here onwards.

My own issue with VR, is still that it simply doesn’t feel natural to me outside of games where you explicitly sit stationary in a cockpit - racing games, stuff like Elite Dangerous, etc.

As a new VR player, I have to say the ‘sheen’ of the novelty is wearing off fast, because what I’m noticing already is lots of VR games are really mediocre.

True, but those games you mention are all VR launch titles from years ago. Things are a bit better now - though there is still plenty of trash around and much is low budget.

Try something like a bit more recent with higher production values, like Asgard’s Wrath or Lone Echo. Or even Beat Saber! Or maybe Trover Saves the Universe, Moss, Racket NX. There are plenty of reasonable made-for-VR titles. :)

I liked Moss. And I like Superhot and Beat Saber. and yes as I said, those games represent more the first wave of VR games, not what I expect now.
It’s not all doom and gloom :)

Don’t forget cockpit shooters of one kind or another.