Wow. I’m not sure about those dinky sliders in place of analogue sticks but cameras on the controllers is fantastic - assuming they’re not draining the battery life too much. I guess they save battery by not powering LEDs but you’d think cameras take more juice.

When I read that somehow I got “screens on the controllers” and not cameras, and was wracking my brain how that wasn’t a very stupid thing.

It’s pretty good having the controllers handling their own tracking, if it works well. I don’t think any other device has tried that yet.

And it frees up the headset to track only your hands, meaning it can do controllers and hands simultaneously.

Wow. I’m not sure about those dinky sliders in place of analogue sticks

I’m pretty sure it will have normal sticks, that wasn’t a finished device photo.

that wasn’t a finished device photo.

I hope so, but are you sure? I thought that was a leaked video they were actually going to show at Connect in a couple days, so it seems weird to include non-finished hardware. Or is it some internal-only thing? 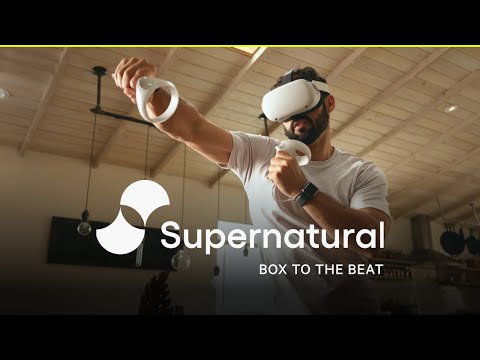 Anyone try Shadowgate VR: The Mines of Mythrok on Oculus Quest | Oculus yet? It seems like it has promiss.

It appears to be a VR version of the classic / rebooted Shadowgate game from a few years back, obviously completely rewritten from the ground up for VR. At least, I assume that’s what is going on based on comments. I enjoyed that game, so very tempted. Reviewers say it feels like a VR version of Knightmare, which was a British TV show / game thing from my childhood.

Supernatural is adding a boxing mode!

There’s a Supernatural-like game that doesn’t require a subscription called PowerBeatsVR which I’ve had my eye on for a while. It takes a similar approach of being set amidst stunning scenery, there’s more emphasis on boxing and less on using bats, and even better you can use your own music and it does a creditable job (apparently) of creating routines from it. Plus it’s subscription free because it doesn’t ship with licensed music tracks. I think I’ll give it a shot as my next VR exercise game.

Haven’t had much time for VR lately with work, and now that I’m back home and ready to go… we lose power for several days (and counting). Sigh.

Reminder of the live conference from Facebook, today at 10.00am pst
https://www.facebookconnect.com/en-us/

I bought Thrill of the Fight a couple days ago and I really enjoy it. Feels like a proper simulator, being able to literally dance around your opponent and hit him from the side or back of the head. I’ve been playing on easy so far so they aren’t that hard, but regardless, I’m winded and sweaty after a fight with enough rounds and feel it in my shoulders the next few days. I tried the Creed demo and while the graphics were more impressive, the stupid stamina gimmick and silliness about staying in sync with the character and running and whatever really made it feel gamey (but I guess I can see it being a good alternative if you don’t have the space for TofF. What’s interesting is that I’ve never been a fan of boxing or boxing games in general, but actually doing it makes all the difference… the same way I don’t follow sports at all, but love playing them IRL.

Reminder of the live conference from Facebook, today at 10.00am pst
Connect 2021 | Register Now

I too enjoyed Thrill of the Fight as well! The boxing mode in Supernatural is AWESOME though!

Yes it’s a real workout. Alas I only have a 3x3m area to work with, and the game definitely demands a larger space if you’re to do it properly. Otherwise you’re just shadow boxing, but with space and the ability to move it becomes a better game. I’m working on making my office area a little larger so hopefully I can get back to it.

I’d do mine in the backyard, if there wasn’t a stupid Australian Hills Hoist thing in the way!

Mine is about that, with the sofa eating up space, but it’s mitigated by the experimental ‘add sofa’ feature in the Oculus settings, and that I can punch over it, and that you’re usually punching to the center of the space and not to the outside… but not always… I have a nice scratch in the paint of my living room wall now… glad I didn’t punch the tv. I also clinch the guy and push him away if I’m getting to close to the edge… which is so awesome that you can do that.

I’d do mine in the backyard, if there wasn’t a stupid Australian Hills Hoist thing in the way!

Careful… direct sunlight can ruin the cameras… regardless I tried it in the backyard for roomscale tennis (to not have to teleport for a better workout), but the grass height messed with the floor, and the tracking was really glitchy on my controllers, which can’t take too much light, even though it was overcast and I was in the shade from the sun setting behind the house.

I have a bookshelf on one edge of my 3x3. It’s amazing how many times I end up facing it and punching a book (or worse, the wooden divider between shelves!), and not just in this game. I need a warning when I face south!

I need a warning when I face south!

You can set the oculus to always display the boundary when you’re glancing down, which is helpful for more constant reminders, and then if you draw one edge of your boundary with a zigzag edge, you’ll know which way you’re facing. Helps me not punch my wife on the armchair.

draw one edge of your boundary with a zigzag edge

Nah, I think sunlight can focus through the lenses and burn the screen. Cameras should be fine. Though they probably don’t work great in direct strong sunlight. :)

-Social home (invite friend to your Quest home)
-Custom home (change it)
-Possibility to use a different account separate to your normal FB account, for work