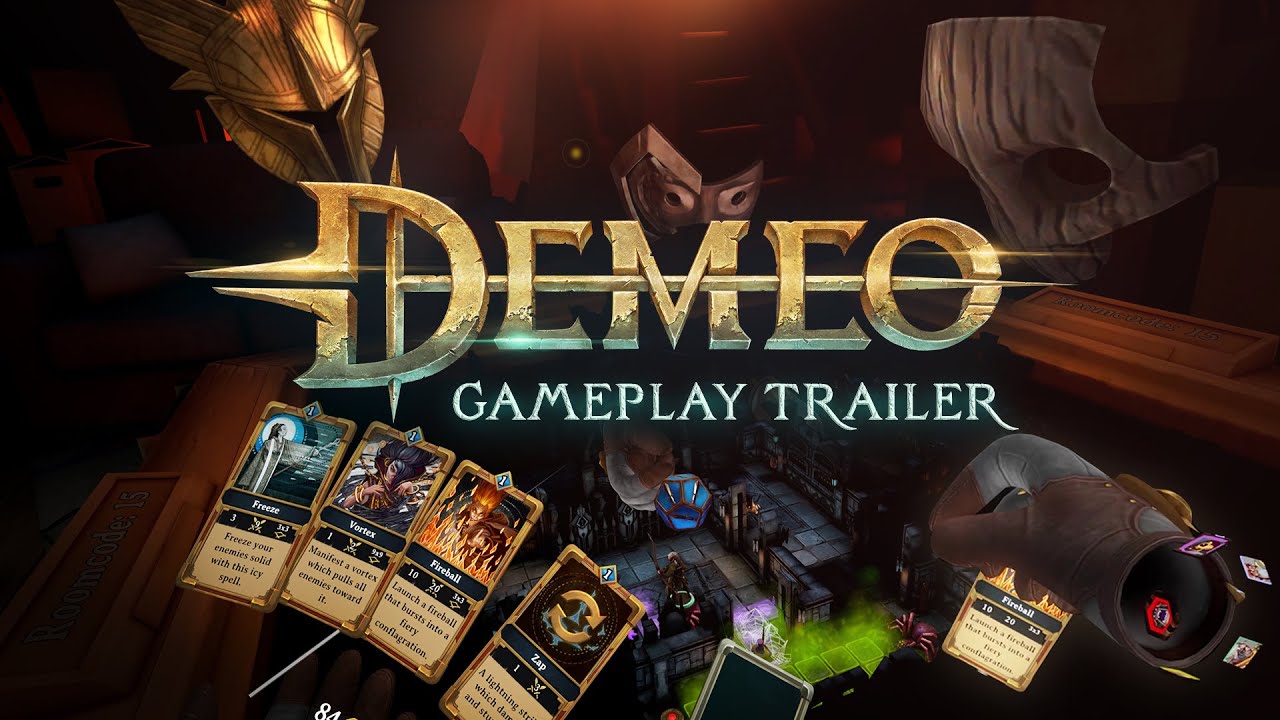 Might be good, not sure from the trailer. But I like the idea of a social boardgame in VR. I think this is an area where well-designed VR could really add something - RPGs or wargames with lots of minis that would take forever to buy/paint/set up irl but dead easy to set up in VR. I love playing Gloomhaven for example, but the set up time alone takes an hour before each session.

TTS has VR support. It’s pretty janky though. Like everything in TTS.

Very interested. Yet while I’d like to think my internet connection would be up for this game, I have my doubts.

Carmack: We want the Chromebook audience!

Facebook's evolving software platform for VR may put its standalone headsets on a path to convince buyers to get a Quest instead of a Chromebook or tablet.

Ohhh thanks for that, finally got In Death: Unchained.

Tempted to grab Myst. I haven’t played it since original release and it seems like it would be cool in vr. How is Gun Club? Good for someone who doesn’t care about different types of guns? I just care about fun shooting,

With the launch of Oculus Quest 2 and the release of some awesome games like POPULATION: ONE, Star Wars: Tales from the Galaxy’s Edge, The Walking Dead: Saints & Sinners, Medal of Honor: Above and Beyond, and more, 2020 was a banner year for VR....

So I grabbed Until You Fall (which is going to get confused with After the Fall, undoubtedly) while it was on sale, deciding to go with the PCVR version instead of the Oculus version, as it undoubtedly looks better. It plays just fine over the Link, and so far there’s not much need to move around so the cable isn’t an issue (this may change as the game gets harder). It’s impressive so far, very satisfying combat, and it’s clear there’s going to be some depth to it as well. The structure reminds me of Infinity Blade on the old phones; the more you play, the better your weapons and abilities become, the further you get. But what gets me the most is the game does a full body render. I can’t tell you how incredibly immersive it is to look down and see your entire body standing there, moving the way you move, it’s… uncanny.

It seems the Wraith Oblivion game is in the 7-8 hours range. Which you know, it’s a highlight because so many single player VR games are more in the 3-4 hour game range. It’s atmospheric/psychological horror, instead of relying in jump scares, in case you hate jump scares.

Interested in seeing how the Infinite Office works. ‘Bring your desk into VR’, with keyboard and multiple virtual screens. The ‘bring your couch into VR’ thing they added recently was pretty neat.

I was reading about the PCVR mod for Doom 3 BFG and so of course I had to try it. I eventually got it working properly after some faffing around. It’s got some glitches (mainly when it switches to cinematic mode and you get to see things you’re not meant to see), but it works surprisingly well. I turned on smooth locomotion and turning, which is much better, and walking around the Mars City base near the start is impressive. I didn’t get much shooting in, I’d forgotten how long they drag things out at the start! But the mod uses the controllers so it’s satisfying. The hell portal opening sequence is waaaay more impressive when you’re standing amidst it all.

This is a curious app, a training tool for doing presentations 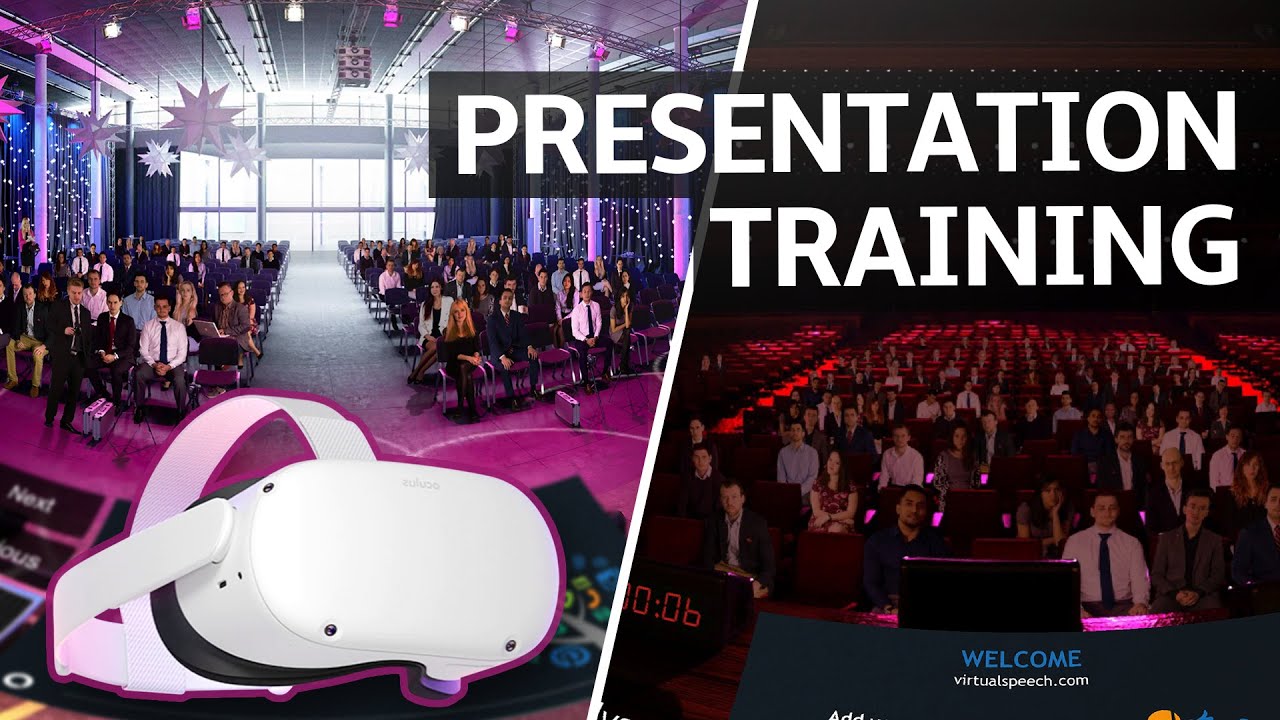 It’s a novel idea to beat the stage fright, I guess.

Upload VR has a script transcription of the past Carmack & Boz talk on Twitter
https://uploadvr.com/carmack-bosworth-recording-twitter/

The Verge talks of the new Oculus avatars

[quote] The new avatar editor apparently allows for a quintillion possible combinations of hair, eyes, body type, facial hair, piercings, clothing, and other features. There’s no gender toggle, nor are there a pre-baked batch of face presets. Instead, the editor lets you dive into each facial feature, down to wrinkles, nose, and makeup. It’s like a glorified character creator from an RPG
…
Oculus says the avatar you create will eventually appear in some form within the Facebook app, Messenger, Instagram, and more, but only if you choose to. Oculus wouldn’t divulge any specifics on how exactly your avatar will appear in those apps or when. “We’re at the start of a long journey,” Mike Howard, product manager for avatars at Oculus, told The Verge[/quote]

I was playing with this in Facebook Messenger app the other day, didn’t realise it was an Oculus thing.

I was playing with this in Facebook Messenger app the other day, didn’t realise it was an Oculus thing.

It’s a novel idea to beat the stage fright, I guess.

This looks really interesting for improving presentation techniques. Be aware that the AppLab version, which is free, is a very basic version of what’s on offer. It’s intended as a baseline from which you then purchase online courses, most of which are around the $100 - $250 range. That’s pretty standard stuff for training courses though. It’s a cool and innovative way of doing training for staff though.

So I finally got to spend some time with In Death: Unchained and OMG IT’S AMAZING OMG.

Air Link is starting to being distributed. Check on your Quest if you have some pending new version, or check in the Experimental tab if you have it.

BTW, if anyone is thinking on buying a Quest, he should PM me, there is a friend invitation system where both people get 30€ if it’s used.

So I finally got to spend some time with In Death: Unchained and OMG IT’S AMAZING OMG.

I also like In Death: Unchained quite a bit. I need to play more, especially now that I realized if I pull the cars out of the garage I have a nice big area to move around. I really wish these headsets would work outdoors. I’d love to play out in my yard. I have a wide open section of my yard that is probably 100ft by 30 ft, at least. That would be awesome.

I get too frazzled in combat to remember how to use the teleport shard so I rely more on moving my body. I wish I could make better use of it.