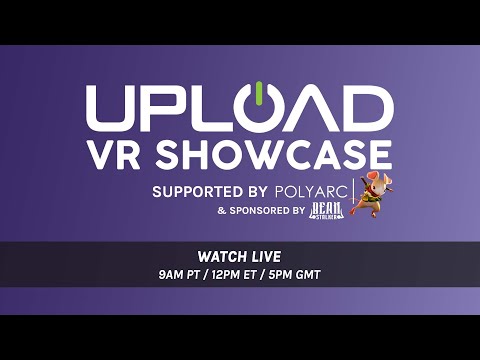 Some highlights and comments

Smash Drums is out now. If I get a 30% discount in the next two months, I think I will buy it.
Against will launch in EA in December.
Lucky’s Tale Is Coming To PSVR And SteamVR Soon
Outlier is looking good, an interesting roguelite
Ultrawings 2 is surely something I will buy, unless the price is very expensive
Vertigo 2 was… weird. It didn’t look anything like Vertigo 1. But I understand it’s just a weird level, as you can hop between worlds and shit, and other parts will be more like Vertigo 1.
Not one but two sim city builders. Both look like quality products, although Little Cities look more casual but pleasing and Cities VR look a bit more fullfledged, strategy wise.
Paranormal Hunter made me roll my eyes, as it’s an obvious clone of Phasmaphobia. But hey, whatever, it isn’t still a saturated niche.
Lost Recipes look like something different. Something very casual, about learning historical cooking recipes. It doesn’t look like a competitive cooking game, running against time. I don’t really know if it will have success, I think the cartoon graphics and the lack of realistic ‘simulation’ goes against the less game-y approach to this title.
Propagation: Paradise Hotel rang a bell… because I played the first Propagation, that was a free experience. It seems this is their attempt to make a full game this time.

The only ones that appealed to me were Against (early demo was excellent, this looks like a day one for me), Ultrawings 2 maybe (nice feeling of flight in the first game despite the impression of flying over a giant texture, but ultimately repetitive), Ziggy’s Cosmic Adventures (I’m a sucker for these kinds of VR experiences, and the stupid humour from an earlier trailer appealed to me, none of which was on display here though), Outlier (looking better all the time), Vertigo 2 maybe, Demeo Roots of Evil (YES!), and Moss Book II (I mean I would be stupidly excited for this if I had actually played the first one, but still!). Couple of others maybe, the Lost Recipes is a great idea in a genre that doesn’t really interest me, but that’s mostly it without more info.

I still can’t get used to seeing Meta Quest 2. It sounds like a cheap indie game.

I’m jazzed for UltrawIngs2, but as much as I’m a massive honking combat sim guy, I’m really not sure why they’re dragging in real combat planes into the cutesy world they’re making. Combat dogfighting is fine in a more abstract and playful manner perhaps, but somehow a p-51 and Me109 feel really out of place. But I’ll buy it nevertheless. I’m really enjoying the first game, even though getting to the last two plane unlocks is getting tedious, given how the first two planes are so slow and bobby (when the glider isn’t boosting)… they start the player off in the most motion-sicky way possible.

Vertigo 2 is interesting (not a Quest game though so guess I won’t play it), but again, what’s an AK-47 doing in a weird robot fantasy world? it’s cool a lot of these games are so homebrew, but you do feel the lack of a little senior guidance sometimes.

I am not sure how my vertigo would deal with that one.

Not sure how to feel about Ultrawings 2 either. I kinda want more of the handgun + stunt flying as opposed to the addition of mounted guns. And if youre going to add dogfighting, I’d want it to be something more cartoony like the old PS2 game Skygunners. With giant airships to pick apart.

This forum needs a yourpostgavemeaseverenerdgasm button.

I noticed not only you can skip the cutscenes, you also can pause them and even toggle subs. Well done.

I praised before the options and customization in the game, but still, I wish there was even more. I want to tune the strafe speed, slow it down a bit (I can toggle it off in the game). I don’t know why some many VR games still maintain the same ridiculous side strafe speeds of 2d games.

Doing roundhouse kicks is so satisfying, the ‘camera cut’ doesn’t bother me. I think the key is the meaty and unique (even if totally unrealistic) sound fx!

On the other hand the switch to normal 2d cutscenes after being immersed for a while in VR can be jarring.

Finally got a mat! The Supernatural folks were having a sale so it was only $29. Been wanting one of these since I got VR.

Just did my 2nd Supernatural workout - this time I did one a little harder and got my heart rate over 153 for half of it so that was good. After my trial is over I think I’ll probably do month to month so I can pop in and out as I see fit. I really wish my feet would allow me to run again as I feel that gives me the best fitness bang for my buck. I can’t say I like running, but it just sees like such an efficient way to get my HR up and its so easy to make slight adjustments to change the intensity.

Have you seen a doctor? I saw one about my ankles after not being able to run for years and with a few changes I can actually kinda run!

I haven’t seen one for this particular issue. I’ve had plantar fasciitis flare ups every so often for the last 20+ years. Sometimes it goes away with some rest and sometimes I get a cortisone shot. Then I injured my ankle by over flexing my foot while stretching and I needed surgery for that, and that now feels good. Then we hiked a pretty tough hike (some steep parts) up to the top of a local mountain and I think I strained something because my butt got sore, my hamstring extra tight and a foot pain similar to plantar fasciitis in one foot, but it seems more to the outer side instead of the middle like it usually is. That was a couple months ago and its getting better but still not 100%. I did run with it for a little while and it was making it worse so I stopped.

I should maybe get it check out. I did mention it to my regular dr. when I was in for something else and he thought rest was sufficient, but if my foot doesn’t get back to normal I will go see a podiatrist.

Yeah go see a podiatrist. He recommended going to New Balance to get properly fitted for some sneakers (first time I ever did that, usually I’d just buy whatever was on sale somewhere) along with compression socks. Really seems to be doing the trick.

This look nice. Well, in the figurative sense, it looks suitably creepy. 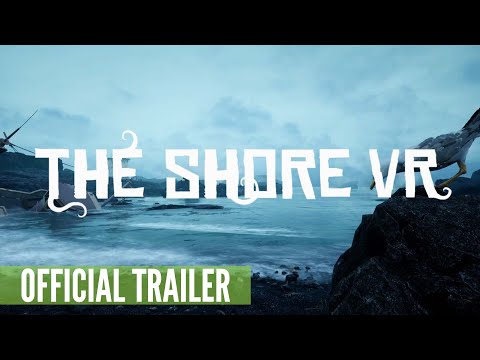 That feels right. Games made specifically for the Quest 2 can clearly be made to look much better than the majority of games that came out with compatibility for Quest1. The biggest danger, for me, is that with increased graphics and assets, the file size per game is too much. Either developers are getting lazy and not optimizing, or something, but clearly we can’t get too many MedalofHonors at 40gig SSD space before you have to strip everything off the Quest every time you get a new game. The announcement of cloud saves will go a long way, but still, I’m already kicking myself for not getting the 256gig version.

But otherwise, I agree with you. It does seem the games are limited in budget scope to get AAA experiences on the Quest, not graphics. I might be the odd man out, but I’m one of those weirdoes who thinks the graphical power of new consoles have made games harder to play because of the sheer amount of crap onscreen now, things exploding, grass and vegetation, I can’t make anything out, even on my decent 43" tv. I’m all in favor of speed performance upgrades, but graphically, we could have stopped in 2016, especially if it costs companies a large percentage more money to actually get a game out because of it. Whereas VR environments do sometimes feel a bit sparse on the Quest (especially the lighting and shadowing), every object suddenly means something again when it actually inhabits 3d space.

The fact that we’ll be getting the (fairly) large scope of San Andreas soon shows it isn’t the breadth of story and gameplay that is hardware limited, just the available money and userbase to justify it.

Did everyone get their $60 Oculus Store credit for being referred? It’s back to $30 after tonight, just a few more hours left to get the extra dollars. It doesn’t matter if you have been using your Quest for a year, you can still claim it after a factory reset. I just did it myself and the $60 credit appears instantly.

If you never claimed it you just have go to Oculus Devices Page while your headset is connected to WiFi, ‘Delete Device Data’ this does a factory reset, then while the Quest is back in an inactivated state click on someone’s referral link. You can also do the reset on device but I like doing on the site so it for sure goes through at the cloud level. Then activate the Quest (typing in the numeric code) but only after you clicked on someone’s referral link and added it to your account. You should see the store credit on your account on the Payment Methods screen.

You don’t lose your purchases, those are attached to your account.

People say you have to be Facebook friends to do the referral, but I clicked on some random reddit persons link and it worked fine, so seems like you don’t.

I considered it, but then thought “If someone offered me $60 to factory reset my Oculus Quest 2, set everything back up again, download all my games again, and hope it all goes smoothly” I would politely turn them down.

I just did it myself this afternoon and it was pretty easy! Though, if you’re download speed is very slow, I guess that would be annoying.