I wouldn’t do it until cloud saves are a thing… too much progress on too many games.

Cloud saves were added in V.35, about a week ago! 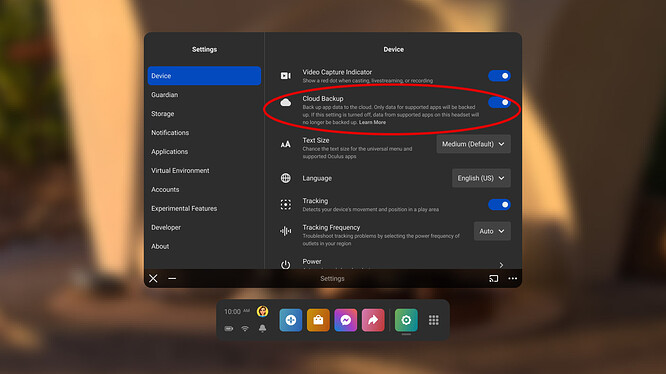 Check here if the game supports the feature yet:

I considered it, but then thought “If someone offered me $60 to factory reset my Oculus Quest 2, set everything back up again, download all my games again, and hope it all goes smoothly” I would politely turn them down

The older I get the more I dont want to take a chance either!

I considered it, but then thought “If someone offered me $60 to factory reset my Oculus Quest 2, set everything back up again, download all my games again, and hope it all goes smoothly” I would politely turn them down.

Check here if the game supports the feature yet:

That link doesn’t work for me.

I wanted to talk of the three paid games from AppLab I bought until now. The three are kind of ‘Early Access’ games, in different status of completion.

Deisim. I bought this because it was only 8€, and I still had some on my Oculus account from referrals, and I had read it will increase in price on the next update.
Right now it seems very much half a game? Like, really work in progress. Or maybe I just don’t ‘get it’. What’s the point of having offensive miracles if it seems there are no enemy civilizations/deities? Is it just for the sandbox appeal of being a god and send plagues to your people at random? It seems counterintuitive to me as the only vague implied goal you have is to help your people to advance to the last civ stage.
Or if it’s supposed to be like SimCity is that there are no direct enemies but the ever increasing needs and complexities of your city and the limited resources, the game still much more in that area. Right now you toss heretics to the void from time to time and use the rain spell to stop random fires, that’s it.
The game is a bit weird, in how is potentially a bit more complex than it seems, but it’s all obscured by the UI, like needing several resources to advance to the next stage or trading being a thing that’s possible (you see little crates moving on their own), but the lack of interaction with most systems make it moot. You can’t really drill down in what the cities are doing.
In any case it seems things are really going to change in the next update, where cities can splinter into kingdom and they can fight each other. 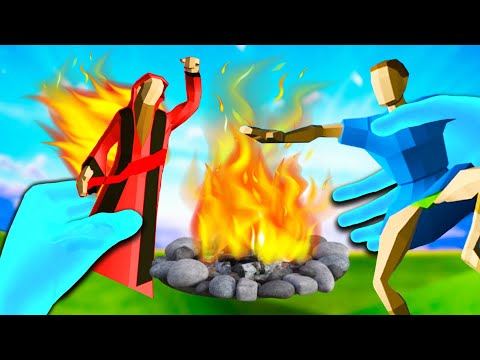 Black Hole Pool. There was a point where the dev changed the environment and changed radically how the controls worked. It was unplayable to me, I was pissed and wrote a negative review. He did a pretty bad job at replying the review, he basically denied there was an update in the first place, saying maybe I was in a beta. Like uhhh? You are the dev of the game, you should know what are your beta players or if there is a beta in the first place (I’m a regular customer). Denying there was an update was hilarious, because the entire environment changed from a flat to a moody pub. Like, how anyone is going to miss that change.
In any case, I will give him props in one thing: despite his bad handling of PR, weeks later he updated the controls to be usable again so he really took the feedback I gave him. The new environment is very nice, it has AI and multiplayer, the physics are excellent, the graphics are good, it has youtube integrated so you can put whatever music you want, so I can recommend it for 10 bucks , if you like pool in RL. The only flaw right now is that the AI at medium difficulty still makes too many penalties.
Still, it’s a ‘Early Access’ game, and I hope the game will get some new features. Like alternative games beyond 8-ball, or a replay feature. 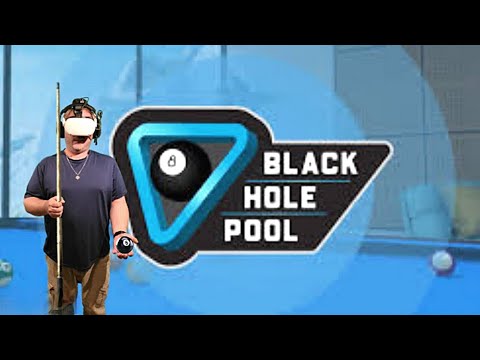 Peco Peco. Bought after playing the last Puzzling Places beta, as it seemed potentially a similar style of jigsaw puzzle game, but on the cheap, only 5 bucks, and having more than 30 puzzles. This is where me being a cheapass bite my ass. It’s just not good, cheap or not, it makes so many mistakes.
Instead of using real life photogrametry like in Puzzling Places, the idea is that they have 3d models, some like dioramas, like a fantasy mage tower, or a viking boat fighting a giant serpent, or a model of a old typewriter or a astrolab. Some of them are cool!
The first issue is how the model are split into pieces. It seems they use a 3d sphere to do a boolean intersection and split them, so all pieces have the same big convex/concave curves, instead of having the typical jigsaw shape with little… I don’t know to call them… arms? that sprout from the central area, that serve you to guide you in how different pieces connect. Without them is much harder to connect pieces. Maybe to compensate this, the puzzles have something like 60 pieces, instead of 300.
Another issue in the pieces themselves, is how some of them have a piece of model, then a gap or ‘void’ in them, and then a floating corner magically attached to the rest of the pieces. This doesn’t feel right to me, but it’s very subjective. It feels as that should be another piece.
The second issue is the scale. Most puzzles scale is just too big. I commented it with the dev and they said people seems to like the big scale, which made me eyes roll. Yes, it’s cool to see a big diorama completed, and part of it is the scale of it, but once you go beyond that first gimmick impression, the scale is a clear detractor for the gameplay. In half the puzzles you have so much clutter, as the big size of the pieces makes very easy to obstruct each other, or take several in your hands to compare them, or contemplate several in one glance to know which next pieces to pick. Even rotating them in your hand to see how they can connect can be a bother, from their sheer size!
Another ~puzzling~ decision: this is a jigsaw puzzle game that doesn’t show you a reference of the finished model. Yes, you read that right. You can’t compare what you have with the typical photo of the finished puzzle to now the red ones go in the top left area or whatever.
The game had an obnoxious music and no option to turn it off, but at least that changed two weeks ago, they changed the music to some more low key.
A new feature they also have included is a ‘force grab’ to pick far away pieces, but it still needs more polishing, it’s very arbitrary when it works and when it doesn’t.

Finally, the game system to connect pieces is unpolished, and sometimes it will let you connect pieces when there was still a missing pieces in between them. Imagine having pieces A->B->C, connected in that order, from left to right. Well, if they are narrow pieces, you can by dumb luck snap A and C together (with the void in between them, but fixed in place), before finding B. It fees like cheating. 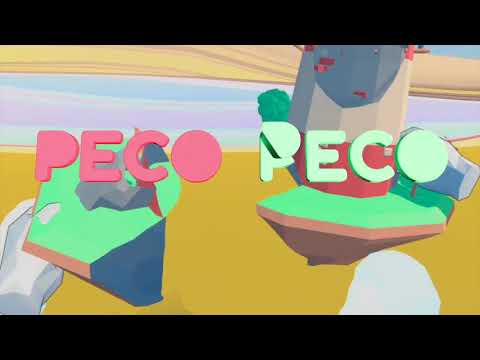 This has the old horrible music, which after 20 minutes focusing in a puzzle while it’s droning, you will learn to hate it.

I’ve been playing too many flatscreen games lately (too many good ones, that’s why), I must get back into VR again! My office is almost tidied to the point where I can use it without breaking my neck (or some piece of gear).

I’ve been playing too many flatscreen games lately (too many good ones, that’s why), I must get back into VR again! My office is almost tidied to the point where I can use it without breaking my neck (or some piece of gear).

I’ve read a pair of reviews, and the impression they gave me is, “it’s a fun FPS coop game, the shooting is good, but for 5 maps and 6 weapons (and 0 melee weapons, or things like bows, or anything unique) wait until it’s $20-25”.

Dead Second is an Action Arcade Cover Shooter that aims to put you in an intense, visceral shooting experience unlike any game before it. Featuring the 'Dead Second' reaction system and high fidelity impact physics reactions.

Came across this post on reddit. Is this true?! If we all got that Anker USB-C hub adapter we’d gain 10 fps? 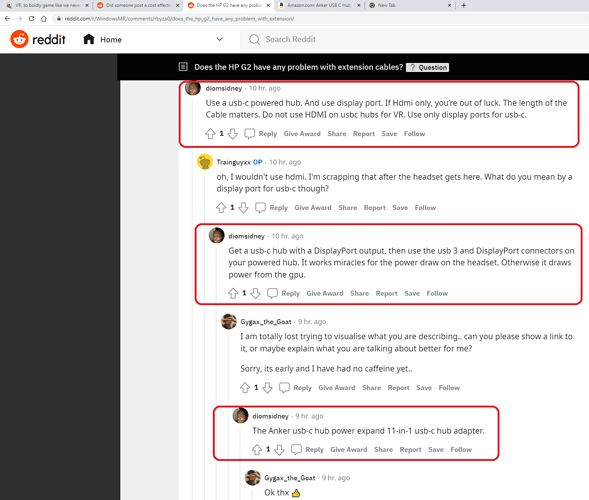 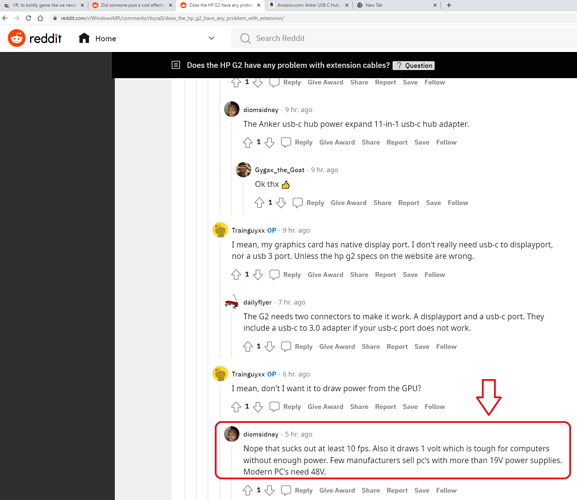 He is saying (no idea if it’s true or not) to not use usb hubs connected to your gpu, even if your gpu has usb, because potentially the usb is being fed part of the power the gpu would use to use gpu-things.

From the context, he is talking of PC VR, not Quest 2, because they mention using display ports, etc.
The solution isn’t using this or that one hub adapter, but connecting the usb cable to any other usb from your mother board.

So uhh, anyone want a referral? 😃

Wait how does that work exactly?

@BrianRubin Every Quest 2 hardware can be referred by someone else one time. But it doesn’t matter if you already set it up, you can factory reset it and claim the referral bonus.

So the steps are: 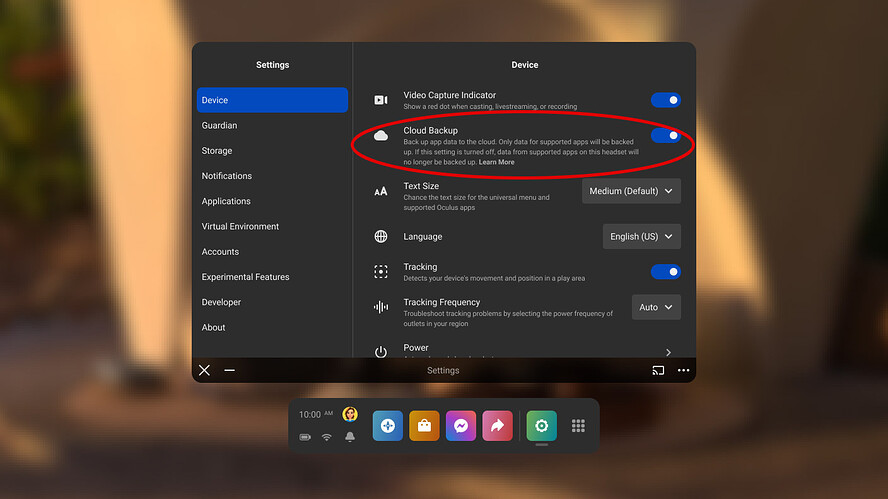 If an important game does NOT support cloud saves, your choices are to setup SideQuest and manually back it up, or just not go through the referral process. You can also back them up manually like this: How do I transfer files from my Oculus Quest to my Quest 2?

(I think the referral does have to be in the same country or region though, my link would be US only)

This deal used to be $30 to both, so it’s doubled right now! (Only doubled in the US actually!)

So uhh, anyone want a referral? 😃

It depends on the country.

I think I mentioned in another topic that I joined Reality Labs at Meta earlier this year. The product I’m working on, Horizon Worlds, just left invite-only beta today and is now available to all Quest 2 users 18+ in the US and Canada. (Sorry, @krayzkrok!) 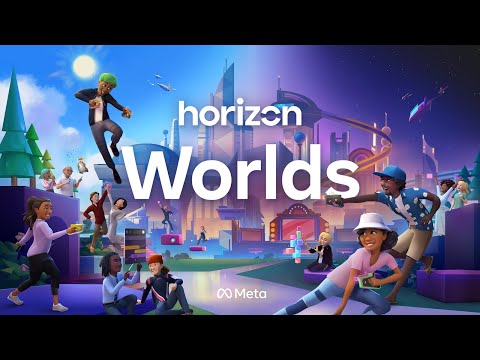 I’m a content designer (writer/UX) and not a public rep, and I’m still getting my legs in the creation tools and stuff, so I’ll have to defer any questions to official channels.

I’ve been having fun with it. I’m not an artist and my programming skills long ago fossilized, but I’ve been able to create some fun stuff using the in-VR creation tools.

Very cool @Editer. Is this permanently a US only thing?

Still want to do some VR multiplayering this month?

Definitely on the multiplayer!

US and Canada launch… I’d look to the press and PR announcements for future plans. 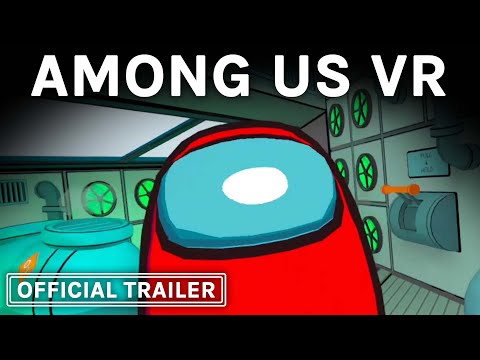 @BeatSaber
🚨 Live from @thegameawards: The @LadyGaga Music Pack is dropping on Beat Saber tonight at 8pm PT! Get readyyyy!!! https://t.co/kmnOVzaxBG 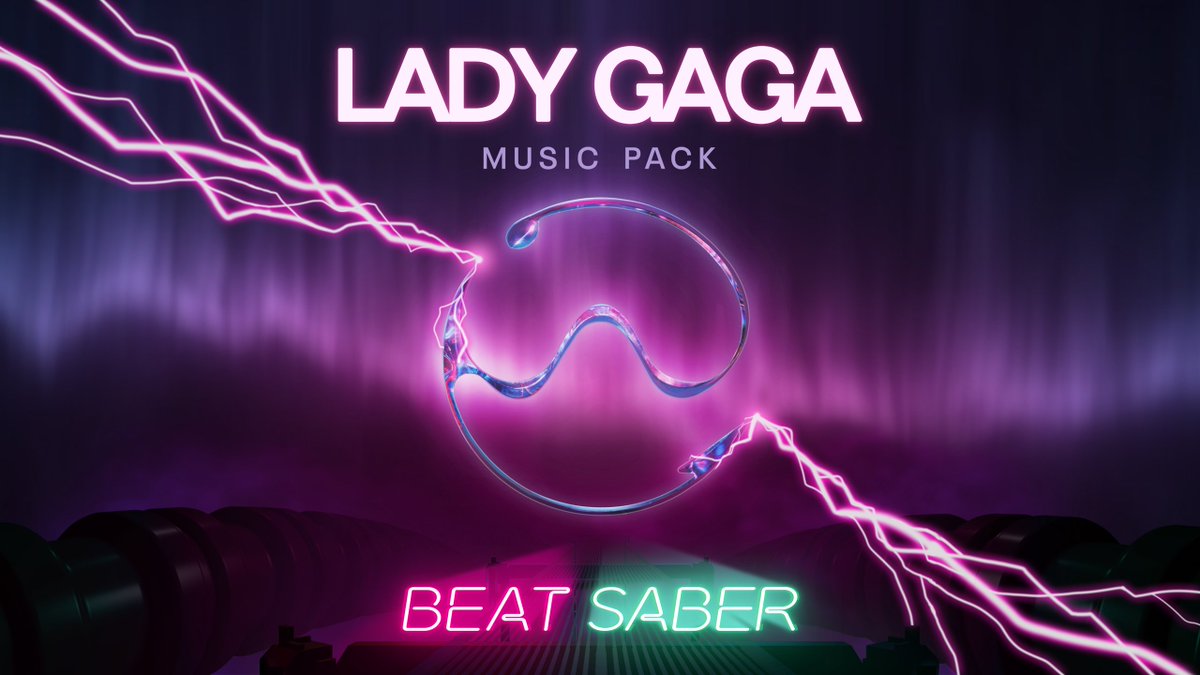