I thought it was a fun digression… if you’re a droid, why not have a computer-like targeting scheme? Besides, they ramp up the attackers appropriately compared to the base game.

Overall, I found the dlc missions much more engaging than the base game, probably because they had a better narrative. Although I have to say I liked the first part much more than I expected, given the middling reviews… I think I expected more on the rails type gameplay like the Vader series, and instead was happy to have a generic Star Wars fps with interesting terrain based level design in vr, albeit with generic enemies.

If there was a drawback to the DLC, it’s that I can’t just jump into shooting stormtroopers quickly on replaying the mission, you have to wait through the story exposition every time. 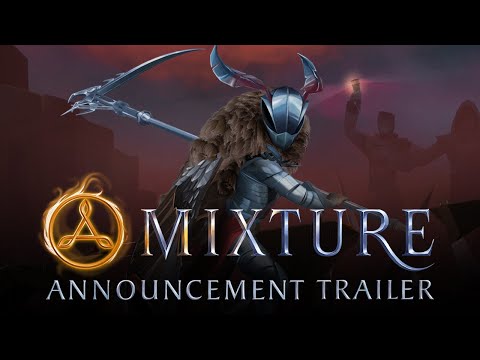 It seems Moss but with a moth instead of a mouse, but with a Heavy Metal twist.

Is it just me or has the pace of good VR game development slowed significantly from 1.5 years ago?

I was hoping that good quest 2 sales would keep the frequency and quality of releases climbing more and more, but unless my impression is wrong it seems that is not going to happen. It must be a good portion of quest buyers stopped using it after awhile, and software purchases aren’t high enough.

I wouldn’t say ‘slowed’, I would say it hasn’t sped up as I hoped. It never was good from the start, but with Quest selling a ton, I hoped things would change and then to have a much stronger 2022 than we had until now.

Then again, let’s look it at this way: Quest 2 released on Oct 2020, but I’d say it wasn’t confirmed it was a force to stay, with steady strong sales and not just a one season viral gimmick, until Nov 2021, where again they had a strong year on Christmas. So if game companies were wary and waited at first, deciding around that date to start investing in VR mobile game development, well, it still has been less than a year since their development started. Good games need 2-3 years of development.

The other factor is that single platform exclusives are a thing of the past (beyond first parties). Game companies try to release on pc/xbox/playstation. You can’t port to Quest like if it was one more console, it has a very different capabilities in power, it has a totally different control and UI needs, etc. So Quest competes not against Xbox or PC or Playstation, but against all them together.

I think it’s definitely true (at least from visible releases/pipeline) that big game studio releases have slowed if not halted entirely, though that was only ever a small fraction of the overall market. Outside of Valve and maybe Sony first/2nd party, you don’t really see the big publishers and their studios looking to make full scale VR games any more. Things like the Medal of Honour game and Ubisoft’s space thing pretty much vanished without a trace, so it’s not particularly surprising. Even the relative successes like Insomniac’s stuff I doubt would have been worth it for them without Oculus money, which isn’t there any more.

I do hope Quest’s success can somehow push console makers to put money into the development of VR hardware / games. I look at top tier XBOX , PS, and Switch games, and I feel like there’s very little that I’m missing that I haven’t played in one form or another over the last twenty years of gaming. How many more pixels and frame rate increases can they keep touting? But Mario or Zelda in VR, that’s a paradigm shift.

I guess the biggest hurdle is getting people over motion sickness. But even with the little indie games I play on Quest, I haven’t been so satisfied with gaming since my youth, and I haven’t even dipped into PC VR flight and driving simulators yet. It’s like 95% of the gaming community doesn’t know what they’re missing, thinking that 4k 60fps graphics are the pinnacle, but missing the forest for the trees.

And that’s where, imo, VR truly comes into its own.

I’m hoping we get more multiplayer titles like Walkabout, VR Real Fishing, Catan, and Loco Dojo. Had a lot of fun playing these with a small weekly group and looking forward to whatever may come next. Demeo, the cooperative cooking games, etc, have all gone over really well thanks to the social aspect.

I think the weight and bulkiness of the current gen are holding things back. Convenience is king IMO.

Not a super valuable insight I know :)

There is a rumor saying Fortnite is coming to Quest, so it could indicate a trend towards better things Fortnite leak claims VR support is on the way

Fortnite's 21.50 update is here, and leaker HYPEX claims it revealed that VR support is coming in the future.

There is a rumor saying Fortnite is coming to Quest, so it could indicate a trend towards better things

That, and GTA San Andreas.

Is it just me or has the pace of good VR game development slowed significantly from 1.5 years ago? 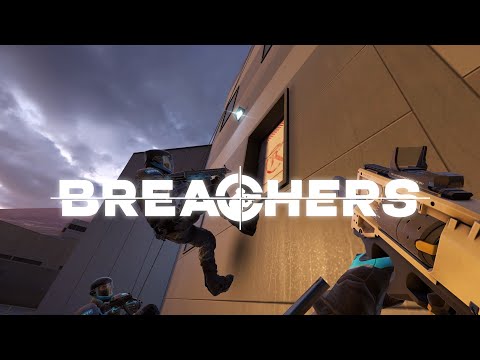 I finally tried the Labyrinth DLC course for Walkabout mini golf and it’s excellent. They really took it to the next level with that one.

This is easily my favorite VR game. I just wish it had an in-game Save Replay feature. I love watching replays of my best lucky or skillful shots… it would be awesome if I could save them to watch later.

Would love to see better stat keeping too, like all-time records, etc. We just started our first Walkabout Golf Tour and are two courses in. We set up a nice little google sheet to track everything for the 4 of us but would be great to see more of it in-game!

Ultimech (f2p game) is out now. I tried it and well, I think in the end is a flawed concept, there is no good sense of flow in a match because the players are all over the field teleporting constantly, or just using the punches from far away. Nothing like Blaston that feels just right and cool from the get go.

I’ve been playing Deisim, which I bought time ago when it was still Early Access and… yeah, EA bit my ass in this case. It isn’t a normal strategy godgame as I thought it would be, there are no opponents to beat, not concrete challenging goals to beat. It’s a totally sandbox ‘toy’. A not very interesting one imo, it doesn’t go deep enough to use that approach. Also, both the camera is a pain in the ass (it doesn’t use a, let’s say, standard camera system), the UI is a failure in conveying information in VR medium, some of the miracles and progression lack any explanation and well, I could continue.

I’ve being playing Apex Construct, picked it up for a measly £8… It has a limited scope in terms of environments and enemies, but working with the assets it has, it’s been a satisfying little story and solid techno-bow and arrow gameplay. I imagine after a few hours, I’m getting to the end of it, but plenty of mystery in the overall story and it’s narrators, and the convoluted post-event world for some odd reason gives me Half Life and System Shock vibes, even thought it’s a completely dissimilar setup. From reviews it seems a lot of people were underwhelmed with the ending, but my experience up to this point has been positive, especially given the price.

I’ve been using the Quest as a way to watch tv quietly in the evening after my wife goes to sleep… it’ s a bummer the Netflix app caps out at 480p, given the screen feels like an 80" Tv. Seems like a super easy thing to fix, but it’s been a few years apparently that the issue has been raised. The Amazon service has higher res, but I’m not a subscriber to Prime.

I haven’t tried it, but you could probably get 1080p via virtual desktop (either the app or the built in one).