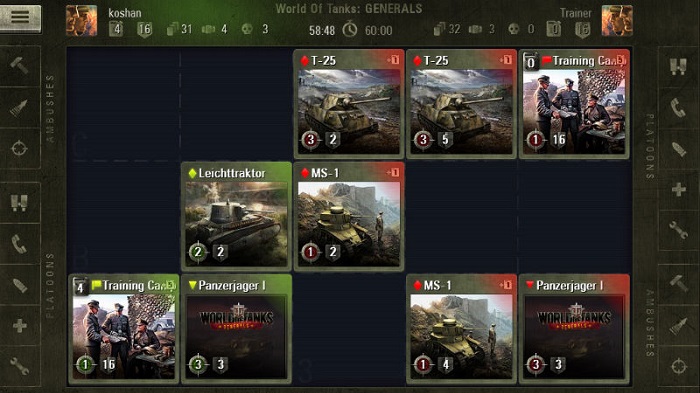 A really odd one I stumbled across was Panzer General Online. You collect cards to build an army but then the units from the cards are laid out on a weird 3 column grid thing with orders sort of like the Command & Colors system of boardgames (left flank, center, right flank). It couldn't be further from Panzer General.

And it's kind of lame because your general's hitpoints are what you spend to give orders, and both sides reach a point where they can't afford to give orders anymore or else they'll run out of hitpoints and die, so they both just stall and pass spending them minimum 1 point per turn until one side dies from after 5 turns of passing. Imagine the quagmire Magic the Gathering would be if you had to spend your wizard's health for everything.