Though I completed that event on it’s first iteration, I did it as MR4 Excalibur using the “Recruiting” channel. A simple “LF Fractures” message netted me a dedicated group in about 3 mins each time. I was amazed by how friendly, helpful and including the community was towards a deadweight newbie like me. :-)

That’s good to hear, as I’m considering becoming one. Though I have one family member that plays, and another interested. So I have the “phone a friend” lifeline. ;)

Going to play solo a couple of missions while I remap controls. I will mention why, and see if there are suggestions. Due to age, reasons and overuse, my left pinky is now in the phase of arthritis calcifying in the last joint (that’s the painful but not stable phase). I learned I can no longer use l-shift,l-cntrl heavily in NMS with the similar combat/jump boost there. The family member, who is near two decades younger, but also in a type heavy profession, said they limited their playing time in Warframe when hands got stiff (to not end up like me).

A different family member mentioned getting a foot pedal, which is how they are coping with the same aging hand and type hot-key heavy tools (they don’t game). While I think that is creative, for (reasons - physical therapist requested) I am often sitting cross-legged or with one or the other foot up. So …

Key remap suggestions? I have two buttons on the mouse, one which I used for “combat” in NMS to offload the left pinky. Would making one mouse button sprint, and one crouch to get that onto a finger that still works do it for this game? Is there another I should map from the far left?

was amazed by how friendly, helpful and including the community was towards a deadweight newbie like me. :-)

The community is indeed one of the nicest you can find, but don’t be fooled - most of the content is so easy with a maxed out frame and weapons that you could solo carry 20 people at once. I doubt they even noticed you were there.

Last years I used macros for several things, like this, helps a whole lot:

Thanks. Have a Logitech mouse (of very few buttons, but the right thumb also has limits but not arthritis). My keyboard is a Ducky Shine (which I love and it has been long lived and reliable - but it is not multikey macro capable).

I may want to look into the weapon fire one for an open button there. My secondary weapon pick may be better with it. I did put the hold-to-crouch and the tap-sprint on my two adjacent mouse keys. Just using in-game remaps. Mash together for a perfect slide! Some of the “advanced” combat things seem to now just flow using those together (or apart) and just one or two keys on left hand (that aren’t pinky), like melee and jumps. I didn’t intend it, but I was doing the spinning jump attacks, ground land attacks and flying kicks before I logged out. More randomly than intentional. But at good times for them.

Nice thing about soloing the intro is teammates don’t care that I want to spend 10 minutes practicing wall running. =P

weapon fire one for an open button

I would enable “toggle sprint” in options, so you tap the key once when you load into an area and then ignore it the next load-in. I believe there’s also options to make crouch and aiming toggles if those would help.

I have a macro keyboard, so I have (for instance) a single keypress for bullet jump/slide. You can do the same thing with AutoHotKey.

Did that with the Dual Berettas in Counterstrike, was crazy fun.

Only tip I could think of for starting fresh warframe is to just… have fun, do not try to do anything than just going on missions and killing stuff. There is so much to learn that it is better to have played a lot before discovering crafting, potatoes, formas and whatnot, since at that point you’ll have a lot of materials available. i.e. go in as a blank slate instead of reading the Wiki (that will come later, and often). Except Alerts - Do Alerts!

I think I played 6 months before I started crafting or formaing gear.

Except Alerts - Do Alerts!

Alerts don’t exist anymore. Replaced by “Nightwave”. It’s a little less newbie-friendly in that it’ll take longer to amass nitain, and there’s missions like “Defeat Silver Grove spectre” or asking you to run Index, which will definitely have someone new to the game going “wtf is that?!” (but they’re still tweaking). This second season (currently running) is definitely better than the first one.

But yea, guess haven’t seen anything there in a while outside the “usual”. There’s always invasions to do though, for some crafting mats and kills.

Some Balor Fomorian is up now also, for the next 2 days.

Cool, there’s some new mods up for grabs! That gun I used seemed to do nice dps.

They did a gun pass a while ago… but I’ve yet to find something to replace my Vaykor Hek, any suggestions?

I’ll poke more in setting but having toggle crouch on different keys is working atm. But I’m playing my first frame like I was in Skyrim (stealth archer and amusing me so I’m fine). Which from my first couple non-solo runs, is not how the community thinks when it says “ninja”. =P Solo “spy” missions seem nice. Relaxing even as they mobs early at least aren’t the brightest.

I can see wanting a dedicated bullet jump key later (right now I do with two fingers that are reliable-ish). The mousewheel I may look into. I have poked in the wiki but … I don’t even know what an invasion is that you talk about. That’s ok! Most wiki newbie guides recommend just going slow through advancing path (but not fleshing out nodes on a planet). Which I kinda was, but I finished the Eidolon Plains questline anyway. It was there. And solo so I didn’t bother anyone being clearly a little under the level.

Was hard with my cluelessness, lack of mods and skill, but leads to my other reason for not auto setting keys. When I do get swarmed, the jumping around like a cat on a puddle for “you can’t hit this” works! Brought a retro-smile to my face.

I think the game is complicated enough now you do need to hit the wiki some. But I’ll try not skipping ahead. I think starting this late doing a bit solo early was also a good choice. No one seems to have minded my newb self later, but they all move fast and stuff is dead so fast I wouldn’t have learned much if I’d just pubbed everything.

What would you guys recommend as the best mission types to start pubbing? Wave defense? others?

The ones I pubbed so far were the void thingies where I had a drop the wiki said was better to have other people with those equipped for the loot choice at the end. So I got some parts I can’t build. :)

Wave defense and any mission to deal with a boss. And unless the NPE has improved tremendously I don’t quite agree with the “No wiki” approach, first time I tried the game I took a look at everything there was to do, the lack of guidance and I just noped out of there. It took having goals, knowing that I could go to Venus to farm the boss to get my second Warframe, that I should aim for a Hek, then for a particular build for the Hek, etc, etc, to get me to play it for months and months.

At least until I got somewhat bored and after realizing the game doesn’t really have goals besides the ones you set for yourself.

There’s still Gift of the Lotus alerts, and I think a couple special things show up there, but what you remember as “alerts” are no more. They died and joined the Choir Invisible. Bereft of life, they rest in peace. Etc.

I’ve yet to find something to replace my Vaykor Hek, any suggestions?

Ranks weapons fairly well. It also highlights the weakness of the games mod + damage system; you’ll notice for each weapon type (rifle, shotgun, sword, etc) that they all use the same basic mods for the optimal build.

Ranks weapons fairly well. It also highlights the weakness of the games mod + damage system; you’ll notice for each weapon type (rifle, shotgun, sword, etc) that they all use the same basic mods for the optimal build.

Thanks for posting the link. That tier list has been around for years, but it kept getting moved. Nice to see that it’s still being maintained.

I now have a herd of colorful space roombas roaming my lander/dropship. I may need professional help :-)

I just picked up the game after more than a year long hiatus and I have to say at first glance I’m loving some of the changes. UI is a little better at relaying the information now and the new melee system (even thought not 3.0 yet) feels pretty great, although I’m not really using any weapons that require button hold to execute some combos - apparently this isn’t possible with the new seamless transition system.

But as always, catching up with all the changes will be a challenge. DE changed quite a few frames and weapons, even added some new locations and game modes. In a way they remind me of road construction workers, when you’re observing them nothing ever happens but then you go away for a couple of days and bam, 100km of new highway. That’s how WF feels to me whenever I’m actively playing vs when I take a break.

The time has finally come - all focus schools maxed out. This is by far the longest grind I’ve ever done in a game. 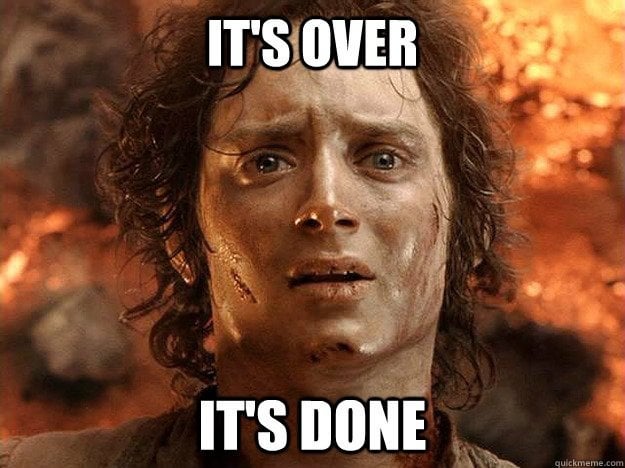 How did you do it? Stealth kills? ESO?

The last half of it was running ESO - in the beginning in groups and later on solo as Saryn. But I started the grind a long time ago and did some sleep farming on Adaro, repeating Eximus sortie missions when they rotated in, etc.

Did you try using a Banshee Savage Silence build? I found that to be the fastest way to farm focus xp, as I could finish the mission in about half the time compared to an Equinox Sleep build.

Even so, I ended up a bit short on xp in a couple of the schools when I completely burned out. You’re a better man than I am, Gunga Din!

I tried both but found Equinox a bit easier at the time. I didn’t run Adaro for long though.