DE has been pretty secretive about what it contains beyond that it has the longest quest in Warframe so far.

I don’t mind that, but then don’t put out a gameplay trailer that barely shows gameplay, hah! DE isn’t particularly egregious on this front, it’s been a pet peeve of mine for a while. And the Homeworld 3 gameplay video that contained basically no gameplay already had me worked up, I think! :)

Warframe has always been a binge game for me but I figured after my last stint I might be well and done with it for good. Not due to any dislike, it’s just one of my most played games of all time. I was hoping I could catch a glimpse or two in the gameplay trailer that my rekindle some interest and get me to reinstall for one more go!

Looking forward to play “La nouvelle guerre” somewhere in the future. I heard is released today.

They released a 30 minute gameplay video of The New War 4 months ago. 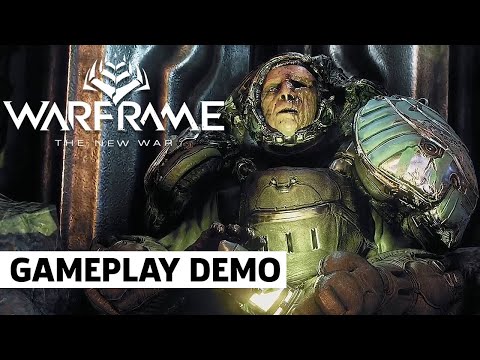 Thanks for the link, I’ll check that out over lunch!

I don’t mind that, but then don’t put out a gameplay trailer that barely shows gameplay

I understand that for games that haven’t been seen before, but Warframe is always kinda… Warframe. The railjack stuff I suppose deserved some gameplay vids when it came out, but otherwise not quite as necessary.

Well, in my case I was hoping it would show any new gameplay mechanics coming with this major update. Like showing the spaceship stuff for Railjack when that update rolled out, or gameplay on the Plains of Eidolon when that launched.

If this is just a story update, then I can understand if there’s not much to show and a gameplay trailer isn’t necessary. But if you’re going to put out a gameplay trailer then… show gameplay! It’s just a mild annoyance, to be clear. I’m not pounding my desk in rage or anything. :)

This is the internet, good sir. If you aren’t raging, you aren’t doing it right!

Completed the New War quest last night. Took me about 4-5 hours. Very enjoyable, highly recommended.
I didn’t have time to fully investigate, but there are at least some lingering consequences from the quest.

You need to have a necramech and a railjack to do the quest, but they don’t need to be very well equipped.

I haven’t even heard of necramechs. I guess they must have been added in the last year then?

Was introduced in the Heart of Demios update August last year together with the third open world.

It’s these - totally not inspired by Warhammer 40k - things: 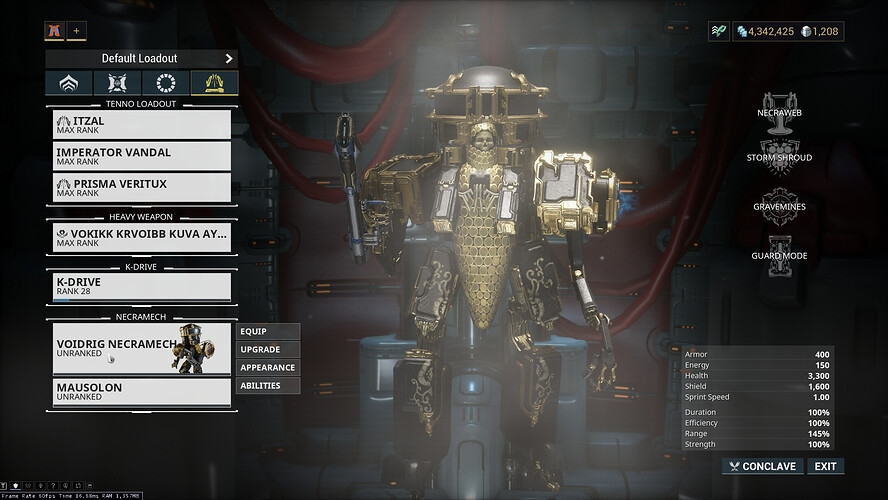 August last year? I’ve been away longer than I thought, then. Damn. I’ve barely set foot in my Railjack yet!

Anyone still playing this? Just started. Fun so far. I doubt I will go into P2W with it, but I always like running through the leveling quests/process for the story and gameplay.

Curious is there is any benefit to joining a Clan.

Joining a clan provides benefits because it means you can access their Dojo and all the blueprints they’ve researched. You can get blueprints for quite a few weapons and warframes from there.

Yeah if you go all-in joining a clan is a must, especially if you don’t intend to spend money. Lots of stuff is locked behind research.

You can found your own one-person clan, though. It will be a bit tougher without anyone helping you to grind materials but the smaller clans have fewer requirements too.

I doubt I will go into P2W with it,

You don’t really need to pay anything. Platinum (the in-game currency you can buy with real money) can be farmed in game as well. Run void relic missions and sell the prime parts you get on https://warframe.market/

I did spend a bit of money in the beginning to add more warframe and weapon slots, but could have just farmed it instead. Nowadays I buy platinum whenever I get a 75% discount just to support Digital Extremes - I get more than the platinum I want just from playing the game.

Thanks. I’m only level 2 so really just learning. I just joined a Max level casual clan that has everything unlocked. It has like 1000 members or something so i’ll just see what I can get from there.

If they have everything in the Dojo you should be good to go on the clan front, unless you want to get super serious endgame stuff. Otherwise the matchmaking works just fine for completing alerts, dailies, whatever else you may want to do.

Enjoy the ride. :) It’s one of my all-time most played games, although I tend to go in long hibernation cycles followed by binging hard to get up to speed on all the content they’ve added since I was last playing.

One nice thing is it’s not predatory F2P as spending money is mostly just for shortcuts, content isn’t going to be inaccessible to you on any of the starter frames. And farming for new warframes, weapons, etc. is most of the fun for me, so paying for it kind of shortcircuits that aspect of the gameplay. If you do get into the game and start playing consistently, the “must have” for platinum purchases would likely be for additional Warframe and Weapon slots to add to your arsenal. Those are cheap, though, and as @NI1 said you can make platinum by farming Prime parts and selling them to others if you’re adverse to spending any money. Myself, I tend to just drop $20 periodically whenever they release new content I’m interested in which feels the same as buying expansions/DLC or whatever. That’s been plenty of platinum for my needs!

Run void relic missions and sell the prime parts you get on https://warframe.market/

I tried running a void fissure mission where i had to first equip a relic and failed. There were 4 points to capture, but they were overun with tons of mobs. Maybe it’s not soloable?

There’s all kinds of mission types in the void, like Exterminate (kill a number of guys on the map), Assassinate (kill a target), etc. That particular mission type is probably easier with other players since you need to defend multiple points. Something like Exterminate is super straight forward solo. Unless you want to play with others, I would avoid the one you were on (Interception, I believe?) and Extraction in particular, unless they’ve changed the latter since I last played.