My pysker is now 21. Just ran my first 3+ difficulty map. Loved it. I found myself switching between lightning staff and head pop constantly. The charged attack for the lightning stun is super useful in the higher tier difficulties. Head pop is a must on the special mobs for sure. I use force sword for my melee but don’t use it much in a good group.

Sad but what are you going to do. literally unplayable for me :(

This is what my brother had to do unfortunately.

Some people had forgotten now, but Vermintide 2 wasn’t the most polished game when it launched… it wasn’t until they released a big update one year after release when it could be said that it was in a decent shape.

And Lead and Gold, War of the Vikings, War of the Roses… I like Fat Shark but they definitely have a Way Of Doing Things.

The OST is pretty good. Done by Jesper Kyd, one of the best of the industry 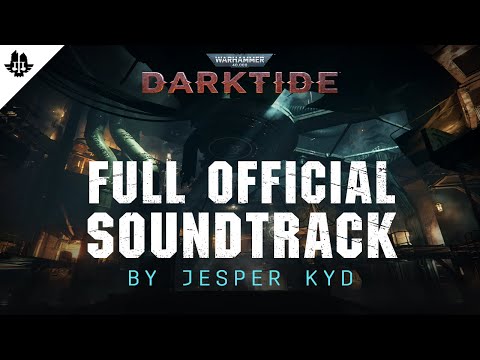 Fatshark have had quality control issues forever. I’m a Krater apologist, and it endeared me enough to the studio that I ended up testing War of the Roses, but that game was as broken in beta as it was at launch.

I was pretty stunned by how little they managed to fix.

For the same reason, I was surprised when they pulled off a hit with the original Vermintide, but it does seem to be that kind of studio, like Cyanide, that just has problems making things work properly.

Does anyone know if upgrading a weapon can increase it’s stats like damage or if just adds another random modifier like +10% extra damage to pox hounds on Tuesdays.

Progress will carry over: 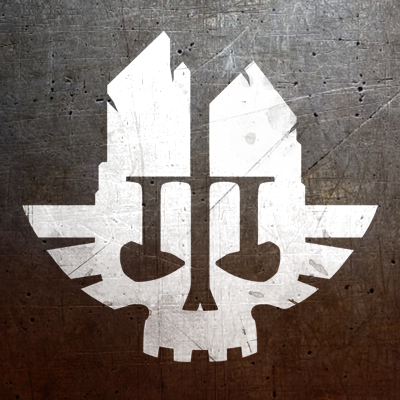 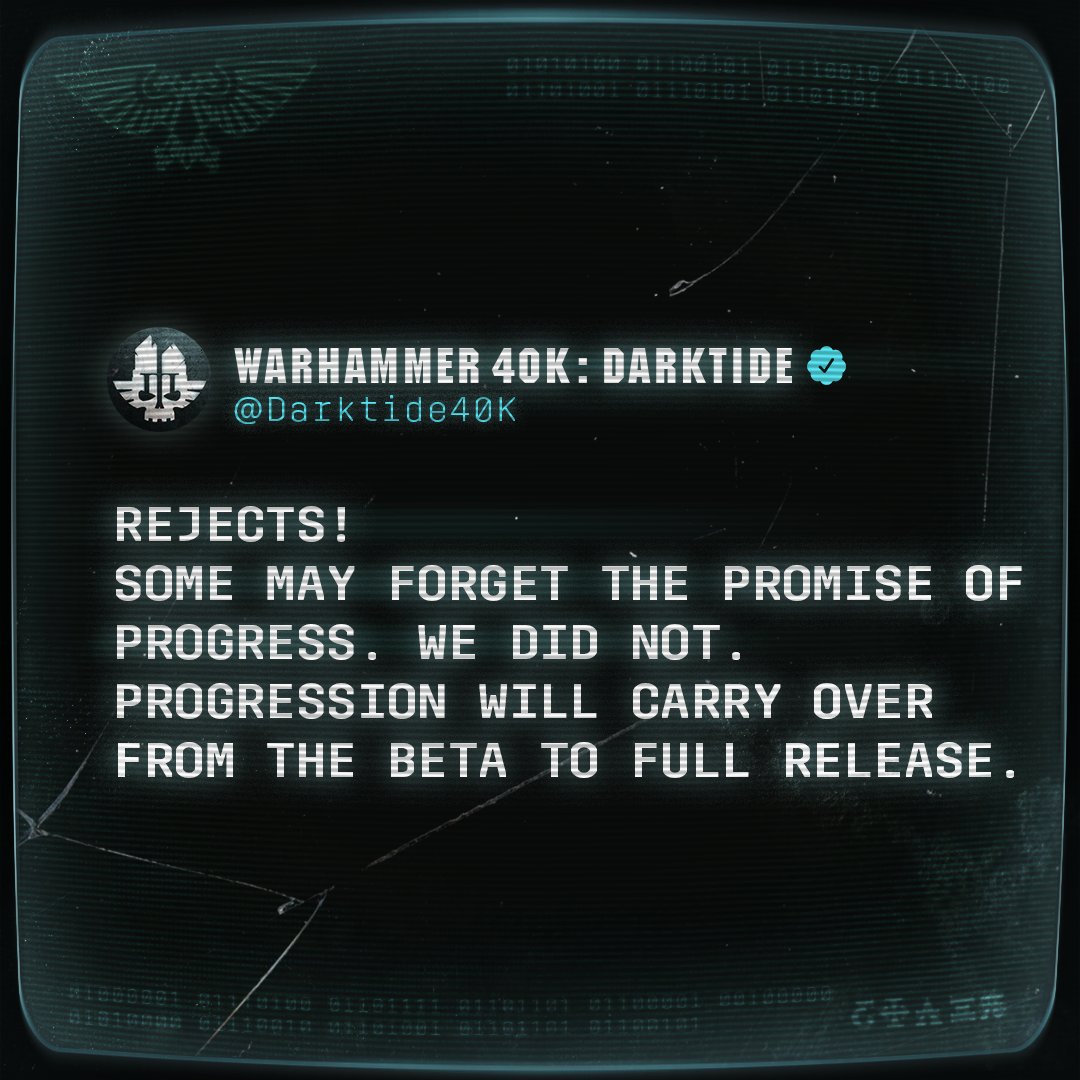 Heh, if Fatshark is trying to trick me into play an early access game, they have the right idea!

I believe it also upgrades the damage stat as well. Looks like it has a range of damage it can upgrade to on each upgrade.

makes having to get a refund even more annoying since the progress would have stayed. would be fine if I didn’t enjoy the time I did get to play. I’ll try to fire it up on Gamepass for free but have my doubts it will work day 1 for me. Sucks to miss out of the Imperial cosmetics though since for once they were very much my style.

McMaster and I played a couple of rounds on Steam this afternoon. I finally consecrated a weapon and changed out of my prison shirt. Good times.

And what as the effect of consecrating a weapon?

McMaster and I played a couple of rounds on Steam this afternoon. I finally consecrated a weapon and changed out of my prison shirt.

Next-gen Vermintide2!? I’m a sucker for L4D style co-op, so I naturally gravitate towards Darktide. Too early to tell how robust the feats/weapon level perks pan out. While I was surprised at the openness of one or two maps, I can see the ‘gritty’ level environments getting stale. Hopefully they’ll keep maps coming in the final release and beyond. I’ve only played the melee focused archetype, but Psyker abilities seem to have potential.

Expectedly, it doesn’t offer the languorous, bucolic pace of RDR2 but it’ll be a blast, for a while at least, playing co-op to banter w/ friends. As someone who only dabbled w/ Aliens Fireteam Elite, because it was a bit claustrophobic, I’d be curious to hear how Darktide compares to that title from someone who played co-op there more extensively.

For a 90% reskin of VT2, I’m amazed at the things this game is lacking.

When you do a group with someone who has your voice it’s very weird. The banter between character is pointless and often nonsense. It’s a huge step back from the excellent VT2 banter.

It’s nice to be able to create your own character and customize them, even if everyone is varying degrees of ugly. The levels are more interesting than the VT2 levels and more three-dimensional. Aside from these two points, however, I feel that this game is a huge step back from VT2.

I am with @mono in that Darktide is Next-gen Vermintide 2. I am also with @Balasarius in that it is a bit silly how much VT2 1.0 is missing at 4 days to “launch”. I really feel like Darktide is Early Access and it will still be EA a long time after November 30th which is theoretically its retail launch.

Lots of small bits are missing in Darktide. Crafting sort of got shoe horned in via an update the other day, but it is rudimentary. With dozens of levels across multiple classes, I am just not feeling the class variation. Even in the anemic four classes they have, the feats are statistical shifts and nearly all weapons are shared between all classes. The Psyker stands out mechanically (as did the Bright Wizard, in fact I think the Psyker is BW 2.0). Other than that though, do you want to assist allies’ toughness bar by standing next to them or shooting something next to them while using the same weapon as them? Do you want a 90 second cool down timer that keeps you from dying if you would have or do you want to avoid stagger as you pick up downed allies? It is that sort subtle from class to class. I think the lack of sub-classes and the shared weapons is doing a lot of harm to the unique character feel of VT2 (which was not even that extreme). The banter even gets funky since you can have duplicate classes now and each class only has 3 voice line template options.

That said, it is next gen VT2 or next, next, next gen L4D. It IS moment to moment fun. Playing a round is fun and engaging. Even if limited, I enjoy the meta level challenge pursuit (opens up at level 11) and incremental statistical gear improvement chase. I expect it will be considerably better a year from now when the game is more polished and fleshed out. Even today though, it has a cleaner look than VT2 and the atmosphere is pretty cool for a 40k fan.

Essentially, I give Darktide a thumbs up, but just know that impression has a lot of reservations that will likely disappear over the next year or two.

Gear is complicated. It looks like the best weapons will be found by following these two paths:

Fatshark isn’t big on documenting their mechanics, but users are sorting things out: 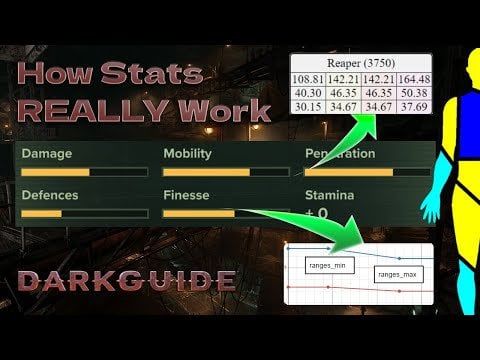 It does not, unless the upgrade rolls a modifier such as “20% damage to carapace enemies.” The base damage remains the same (at least according to reddit theorycrafters).