On one hand, I’m sad that they chose to go all-in on having more gunplay and combat.

On the other hand, granny assassins.

Maybe there will be less lethal options like a baton or stun gun.

On one hand, I’m sad that they chose to go all-in on having more gunplay and combat.

On the other hand, granny assassins

I was surprised to see the point blank assassinations after the non-lethal tone of the last one.

Well they did shoot some people in the knee’s.

Before shooting them in the head. D:

Oh, was I supposed to not kill absolutely every threat in WD2?

I thought you could play the entire game without killing?

That would be an unreasonable use of my time.

“Does the rolling help?”

Yup looks like it’s time for a bit of the ole ultra violence.

I’ll miss the more light hearted feel of watch dogs 2 but I’ll definitley still be getting this.

I thought you could play the entire game without killing?

Might still be possible despite what they have shown in the trailer.
But I suspect it will make things much harder - as it should be. Usually non-lethal goes hand in hand with stealth and stealth can be a much harder approach than just blowing everything to pieces ;)

It would be cool if there were characters that refuse to kill, so you HAVE to do things differently when using them.

Let me build a home base. PLEASE.

If they want to give me an open world cyber-tech John Wick game set in London, I’m very much all in on that!

Since the first game:

Which is funny, since Watch_Dogs and John Wick came out in 2014.

Camden Market was well done, I recognised not just the main areas but even the inside of the Stables. London would have to lose millions of people to ever be that empty mind you.

Well, the rate at which they are seemingly killed off in the game, that sounds doable!

Seeing its been 6 years since GTA5 and GTA6 is still nowhere to be seen, this might fill that spot quite nicely.

Techradar digs into the trailer to try to work out how accurate/large the map is. The most speculative bit is the preliminary assumption that this bus map represents the actual game map: 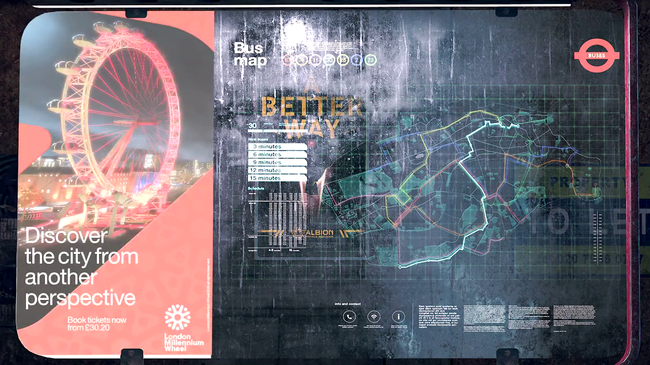 That translates, so they say to this: 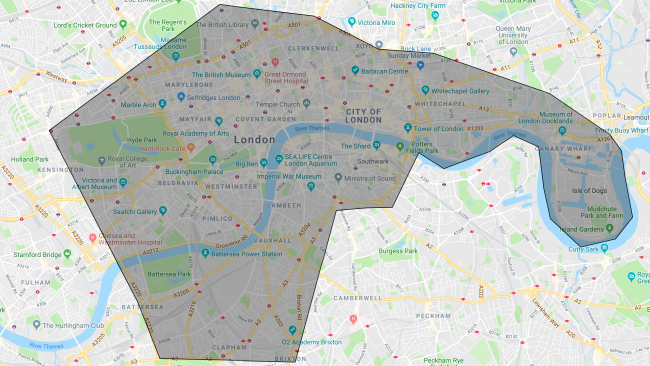 Which would be considerably bigger than AC: Syndicate’s map, though annoyingly, stopping just short of my flat. It does generally seem to fit with what’s shown in the trailer, but it can’t be just that, though, as it cuts off short off Camden (Market, anyway). That may be accounted for by compression of course.

That looks pretty good. I am just glad Clint Hocking is shipping again.