What do we do if a majority of voters are feckless idiots?

So there’s been discussion here of the many signs of the lack of the necessary reasoning capacity in US voters to support a healthy functioning democracy from the ease with which the innumerable lies of Trump and the GOP are believed, through the swift negative judgement of Biden for many things he can’t control, through misunderstandings, idiocy and outright dumbfuckery on COVID, masks, vaccinations, etc., through the nigh-infinite zombie tropes on climate change, etc., to the way so many voters appear to be ready to overlook the manifest unfitness of the GOP and turn on the Dems this year, etc. ad nauseum.

For most of my life I had this belief that ultimately rationality would prevail, you can’t fool most of the people all of the time, etc.

But I have to tell you guys, I’ve lost those complacent expectations. We humans, including in particular at this moment in time, the US electorate, are fully capable of being such monumental dumbasses that we completely and utterly fuck ourselves. That doesn’t mean we are D0med inherently but rather that my view that we are smarter than that and “in the long run, things will work out” were false.

Basically, we’re at the mercy of random events, a worthless media, political opportunists, nationalists, racists and the luck of the draw if we get through the next few decades.

As evidence of this, I present the following CAPS poll which says:

“62 percent of those polled believed Putin would not be moving against Ukraine if Trump had been president.”

I mean, how do we overcome this? Not this specific point, but the reality that 62% of Americans are capable of reaching that conclusion? That the reasoning processes of so many Americans (and probably most humans) is just not what we secular humanist Roddenberry-hyped folks believed? That, in fact, a majority of voters are feckless idiots?

What the fuck are we gonna do now? 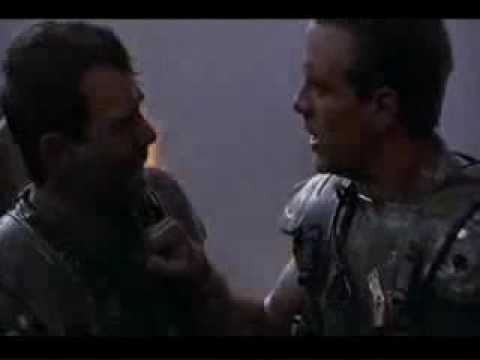 What do we do if a majority of voters are feckless idiots?

Engage in as many of your pleasurable vices as you can before it all burns down.

Or go do an active version of Timex’s deadly traps plan to help dig us out. One of the two.

Chocolate and Belgian Abbey Ale it is then!

Same thing we do every election Pinky, try to take over the congress.

Engage in as many of your pleasurable vices as you can before it all burns down.

Pretty much this. Enjoy while you can, because future generations are fuuuuucked.

Yep, it’s dumb ass nation all the way down. As galling as that is, they’re just so aggressively obnoxious about it.

Well, that’s the problem isn’t it? The way I see it, this is manifestation of the truth that “Democracy is the worst system of government ever invented, except for all of the others which have been tried.” For many years, I saw that as a sardonic way of saying Democracy is actually the best form of government. The problem is, that glosses over the reality that although Democracy IS the best form of government, it’s actually got some pretty serious weaknesses and problems. AND, unfortunately those weaknesses flow from innate flaws in humans: we are just not the rational masters of reason that as a Rodenberry/Heinlein/Brin fan growing up I was a believer in.

The upshot is, I still believe in democracy as the best option.

But I’m also now of the opinion that we cannot count on democracy to save us - it may be the best option, but that’s kind of like being the best runner when being chased by a bear - you don’t actually have to be very fast, just faster than the other guy (whom the bear will eat.) Basically, I’m thinking we are about to be eaten by the bear (which is a combination of racist, nationalist, short-sighted thinking, and greed, plus climate change.)

I think this is plainly wrong. As long as you support the right of people who you believe are beneath you to vote and have their votes matter in choosing representative government, I think you probably believe in democracy. The one doesn’t preclude the other.

I think the voters of e.g. WV are largely self-immolating morons, but I think they have the right to vote and I think their votes should count. I just wish they made better use of their votes.

I believe in democracy, I’m just no longer making the Pollyanna assumption that democracies will make the right choices “in the long run”- we are very much capable of voting ourselves into complete and utter disaster, which is what we seem to be heading for in the US.

Specifically, when I see the Biden approval polls, or the voting patterns of 2021, or that poll I linked above, or any number of other signs of voter idiocy, I have to ask, “What the hell can we do?”

We’ve spent a lot of time on this board arguing about what tactics will work but when I see voter behavior and voter lack of understanding like I described above, I have to think “Man, I have no clue how to win the votes needed.”

A smart person could also respond to that poll the same way, figuring that if Trump is in office Putin approves and wants to let another four years of turmoil happen. Not every political move is based on who thinks who is “tough.”

The upshot is, I still believe in democracy as the best option.

Democracy is a tool, but it’s not magic. If the leaders, and I don’t mean just the heads of government, don’t care to use it right, it can’t do its job. The wisdom of the crowds only works when and if there’s actual wisdom, which takes work and humility.

The root problem seems to me to be the media, including social media. The public is bombarded with “knowledge” for the interest of getting clicks and their eyeballs. Some fundamental change is needed there otherwise we’ll never have a well-informed public, and their decisions will also be for short term interests. Garbage In Garbage Out comes to mind. For Democracy to work better you need a better informed public, but hell if I know how that’s possible. In the 90s I honestly thought the internet was the answer and that everyone would be better informed in the future.

In the 90s I honestly thought the internet was the answer and that everyone would be better informed in the future.

I did too! Sigh. The 21st Century is a big disappointment to me as a child of the science-fiction genre.

Seems to all map back to 2007-2010 when the iPhone brought the entire world, professors and philosophers and truckers and racists and Nazis into a big scrum of information bubbles. I’m still hoping my hobbyhorse “invasive species” theory works out and with time the public will become more resistant to it.

The problem with that spin is that 85% of republicans responded that way, 38% of democrats. I doubt those numbers work with your theory.

People were primed to be predated upon by misinformation, but until the iPhone (Not specifically the iPhone, just that it was the first widespread smartphone and kicked off the revolution) they weren’t accessible to the bad actors. If you were a shithead racist, you had to look around to find ten other racists and start a club to sit around and drink coffee and bitch about “them.” Within five or six years, every single teen/adult was suddenly in scope for finding their own swamp, and then monetization started driving them into those swamps.

Also? Those were more a result of the entire populace having access and formalizing the infection vector. When people started being able to retreat into an information bubble that reinforced their priors rather than seeing something on TV last night but then having to interact and discuss it with their friends and coworkers the next day it let the most ridiculous aspects of it take root. Facebook et. al. were just a streamlining of the process.