What does Project Cars 3 have that other racing games don't?

Forza already does this! Motorsport is their track racing game and then Horizon is a more free-form environment.

I know, but this is New Horizons totally different ;)

This was as usual an excellent review. I have been playing this the last couple of days, and Tom hit most of the positives I see. It also has what seems to me an excellent driving/ racing model. Tom mentioned the lack of documentation for things, and that is indeed aggravating. The UI in general is just about the most obtuse I’ve seen in any racing game. Do a search online and you’ll find plenty of justifiable complaints about this. I almost rage quit the game over this last night, but I persevered, and I’m glad I did.

You’ll have to fight it in many ways, but beneath the obfuscation is an excellent sim/ game.

I should also point out this game has full VR support! I tried it very briefly last year, when I first installed the game, but I didn’t spend much time with it before moving. I still don’t have my VR set up where I’m living now, so I haven’t returned to the VR mode. But this is one of the few games that I’d be willing to play occasionally in VR.

I was actually gonna say this but I checked first and apparently they did both.

Also “soft” but that is clearly the inferior adjective among the alternatives on offer.

So this is on its historical low over on Indie Gala:

So I got the deluxe edition:

Can’t wait to dive in today!

I WANT to believe, but wow does this get heavily mixed reviews. Ultimately not sure need a not-very-well-reviewed game that fits this narrow niche.

I just did a couple of races and holy shit, I think I love it. The little markers on the tracks on when to slow down and such are GREAT, and the XP you get in multiple areas is really nice. My first career race had three objectives, I only got two of them, and HELL if I don’t wanna go back ASAP to keep trying for the third. I can see what Tom means about making you care. I think it really will.

Fully completed three races now, all with two attempts each. What a rush. I love when racing games try something different, and that this is asking me not to win, but to, say, master five corners or do five clean overtakes in a minute, is GREAT. It’s also INTENSE. I get so into it I can only play in short bursts, but what bursts. This is so great.

I am really impressed by the tracks, and the driving model. When I first was able to race an old Mustang, it felt perfect to me, after I got used to it. And yeah, the constant XP ‘rewards’ are kind of addicting. 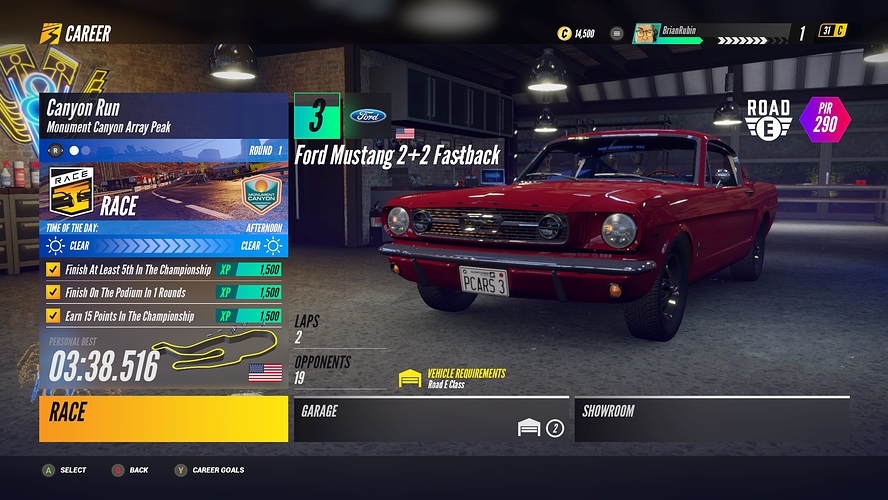 The first five were in the Honda Civic I’d won the previous three events in, but it wasn’t cutting it for this one, so I got something a bit heaver and did it on the sixth attempt, and HOLY SHIT did it feel good. Also did the day’s Rivals even to check it out. SO FUN. Yeah, I’m in love with this game.

The first five were in the Honda Civic I’d won the previous three events in, but it wasn’t cutting it for this one, so I got something a bit heaver and did it on the sixth attempt, and HOLY SHIT did it feel good.

The different cars have soooo much character in this game, don’t they?

One thing I’d recommend is trying the cockpit view. There are two options. One is a straight up cockpit view, and the other is a helmet cam that will look into turns for you. The second one takes some getting used to, but it’s really helpful once it stops being disorienting. And while it’s awfully cool to admire your car and whatever paint job you’ve applied, driving the cars from their interiors adds a whole other dimension of personality. It reminds me of Driveclub for how much attention they paid to these cars’ interior views. There’s nothing quite so immersive as a well-made interior.

Of course, you’re sacrificing some situational awareness, but those curve markers really earn their place in the cockpit view. I got so accustomed to the colored line assist in other games that it didn’t occur to me that they’re designed for a view floating above and behind your car, angled down at the road. When you’re looking out from an internal view, the angle can make it hard to see a line on the surface of the road, particularly on curves. And it’s all but invisible when you’re in a climb. It’s also impossible to see when you’re in a pack of cars. But none of these is an issue with Project Cars 3’s icons, because they’re floating about three feet off the ground. That one simple adjustment makes a huge difference. You can see them easily from the interior views, you can see them regardless of curves or elevation, and you can see them when you’re jammed in with a pack of other cars! Honestly, I don’t think I can go back to the colored line now.

As for being in a pack of cars, the proximity markers on the edge of the screen are great. They single-handedly salvage the cockpit view during busy races. There are some nice mirror graphics going on in some of the cars, but those proximity markers make all the difference.

Plus, there are accolades for driving laps with the cockpit view! You’ll rack up your counter for the number of laps driven and win occasional sums of experience points! I love an incentive for a cockpit view.

I normally stop playing games after I’ve reviewed them, but I’ve been doing a couple of races a day with this game. I can this being the sort of thing I keep installed for a long time as I chip away at the career mode.

Yeah this and Bloody Rally Show now have me addicted to daily races, so I’m doing all the Rivals stuff every day too! SO GREAT.

I will definitely try that helmet cam thing on some custom races, thank you for the tips! The cars all feel SO DIFFERENT they really are like different characters. I’m also addicted to getting EVERY PERFECT CORNER thanks to those markers. I love those markers.

Okay you weren’t wrong that helmet cam takes some real getting used to. At first I thought the car was steering itself in the direction the camera was looking at, so in the random five lap custom race I just did, I got 26/27.

I did master all ten corners though, which felt good. Gotta do more custom races with that view before jumping back into the career, but it really has potential, and being inside the car, with the markers and such, I didn’t feel like I really lost that much situational awareness. Great stuff.

Also, dude, have some pride! Friends don’t let friends drive with the default PCARS 3 license plate. Change that up to RBN ROX or something.

I CAN CHANGE THAT? Lord I had no idea.

At first I thought the car was steering itself in the direction the camera was looking at, so in the random five lap custom race I just did, I got 26/27.

Man, I bet that guy who came in 27th place behind you feels really stupid!

I should also point out this game has full VR support!

Yeah it is the best VR driving game out there atm.

Like the other Project Cars games, VR support is top notch so you never need to leave your headset or pick up a mouse to do anything, you can do it all from the wheel (or controller).

And it has the benefit of being a great game, with progression and car collection and heaps of content, not just a sim. There’s nothing else like it for VR users, really.

I CAN CHANGE THAT? Lord I had no idea.

How do you think you get cars that look like this? 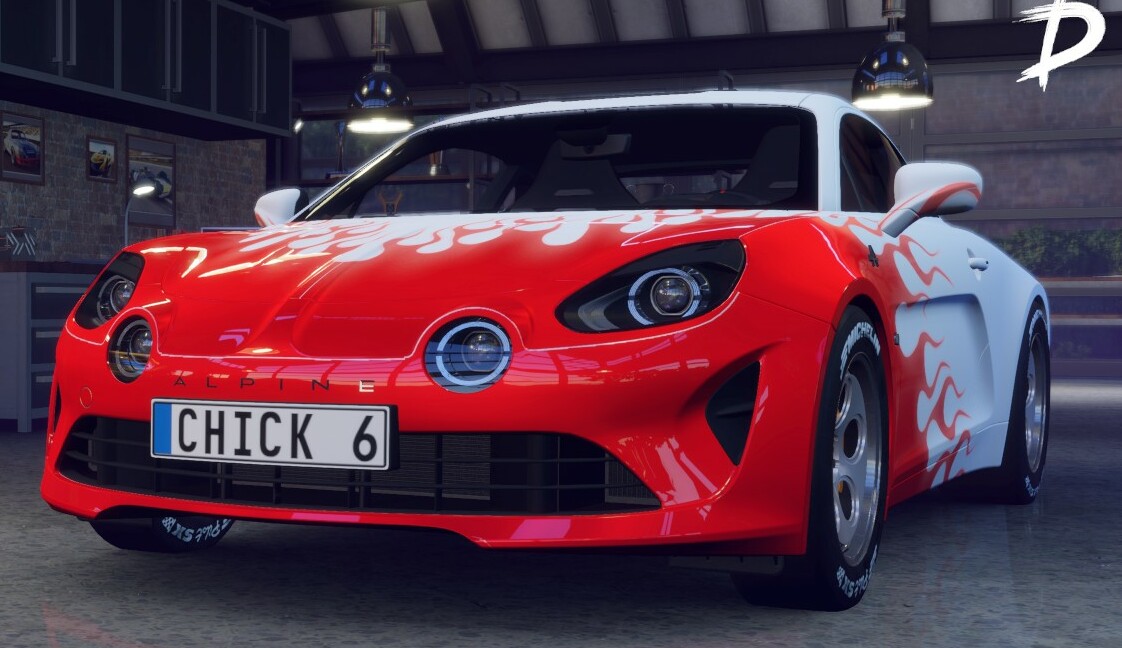 When you select a car in your garage, you can “Get In”, “Upgrade”, or “Customize”. Go into customize and have a ball!

This game makes me kinda want to try VR. And thanks for the plate customization tip, I had no idea, either.