In the end No Man’s Sky was all I’ve played (it looks like I’ll finally get my own bioship), except for a little bit of Synthetik yesterday right before bed.

I fully expect next weekend to be mostly about Nioh 2.

After finishing Assassins Creed Valhalla, I decided I should play through all the old ones in a row, to really get a grip on the story.
I skipped the first one as it is absolute hell to play and rather watched a youtube summary, and now I’m playing Assassins Creed II. Despite the (even worse) climbing mechanism, it really is a great game.

Other than that, I’m keeping up with friends I can’t visit through The Division 2 and Ghost Recon: Breakpoint (that was surprisingly much better and fun to play than the reviews made me think).

I tried to get some hobby projects wrapped up this weekend since Nioh 2 is next weekend. I didn’t get them all finished, so I guess they’ll be on the back burner for a while! I can’t wait to zip through the game again on PC.

Almost nothing but Shadow Empire. What a gem. I think I would really enjoy a 3X that fleshed out this approach to the economic model with other, non-combat challenges (e.g. environment). Great design here to reduce micro but still be meaningful.

Grim Dawn is slowly building momentum, however, and I expect as I burn out on Shadow Empire that Grim Dawn will take over. I played to around level 40 with a Veteran run a few years ago, jumped back in with DLC and it has been a tough learning curve. As the various systems (especially resists) are starting to click again I’m think of how much fun it’ll be to

You don’t like the AC II climbing mechanism? I played the game back when on the 360, and do remember that there were some times when I’d accidentally jump away from the surface I was climbing and Ezio would fall to his death, which admittedly sucked and was too easy to do, but one thing I miss about those older games is that you actually had to work out the path to the top of a tower, instead of “just climb and you’ll magically make it to the top” as in AC Odyssey (and I assume Valhalla).

Here’s my Weekend Gaming Update for the first weekend of February! 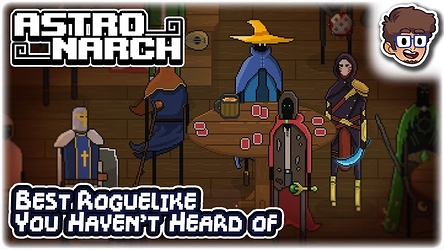 According to @misguided Astronartch is an “autobattler with some depth to it with interesting builds and itemization.” He also follows that up with a great write-up of what all the game has to offer. I wish-listed it a couple days ago after seeing his post, and got around to picking up tonight. I plan to play this a bunch this weekend because it sounds right up my alley. 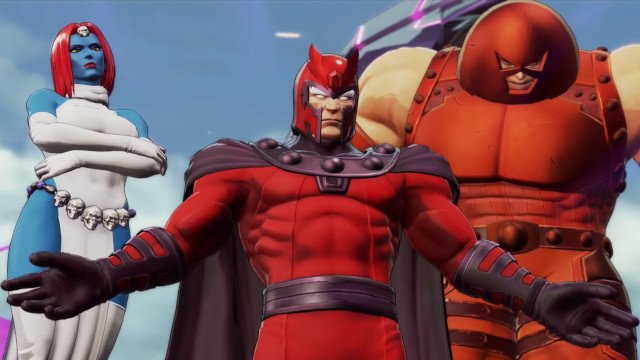 This morning I just discovered something called “The Gauntlet.” It turns out there’s a whole other side to this game I never knew about, because I mis-took a certain menu option that allows me to switch game modes for one that merely allows me to change the menu background picture. Whoopsie.

I also just picked up the DLC, so now I can unlock and grind play a bunch of new heroes, one of which is Blade. He’s my favorite Marvel hero for no other reason than I like his movie best… and because he’s cool and everybody else is kinda lame in the cool department. I will be playing Blade this weekend.

Currently playing Control which I bought yesterday. I’m disappointed that I didn’t play this game sooner. Really love the combat and the atmosphere too. Great game.

I sprang for ‘Amiga Forever,’ which makes Amiga emulation easier, and have been taking some trips down memory lane. I’ve found myself playing a lot of The Faery Tale Adventure and… enjoying it!

Yes, it’s incredibly empty, a glorified tech demo. But what a tech demo! While its graphics and sound aren’t as brain breakingly awesome as they were in 1987, it’s still a very pretty game (perspective issues aside) and the music is flat out gorgeous. (I gather David Joiner has gone on to a perfectly solid career as a software engineer, but I still kinda think he missed his calling as a composer…) I don’t know if I’ll push through to win it, but I hope to at least get the swan.

Also dabbled in Sonic The Hedgehog via the Genesis emulator you can get on Steam. And a teensy bit of Ember, the isometric RPG which looks really nice but which I confess hasn’t really grabbed me as much as I hoped it would.

I sprang for ‘Amiga Forever,’ which makes Amiga emulation easier, and have been taking some trips down memory lane. I’ve found myself playing a lot of The Faery Tale Adventure and… enjoying it!

I remember playing this on the Genesis as a kid, though the only impression it left was that of dying a LOT.

It’s a funny thing; combat is impossible at first but quickly becomes trivial as your “bravery” stat rapidly increases.

It’s a funny thing; combat is impossible at first but quickly becomes trivial as your “bravery” stat rapidly increases.

It’s highly likely that I sucked. :) I also remember the whole “when you die, you get the next brother” thing, and liking the second (blue) dude better than the first. And it had a good sense of exploration about it for the era, to my mind. That’s about it that I can recall.

How is this? I’ve been looking at it for quite some time now - is it worth making an entire thread for?

Personally, I’ve gotten Unity of Command 2, and Fields of Glory 2 and played through the tutorials of both. I especially liked Fields of Glory 2, but think maybe it would work better with the strategic layer, like in Total War games that I understand is possible.

Other than that, I’ve played a TON of Warhammer 2, the sisters of Twilight campaign especially .
Other than that - I’ve sunk a few hours into Pathfinder: Wrath and really enjoyed that as well. Nice, quiet sunday!

Played some Ghost of Tsushima on my new LG 55" OLED TV. Looked AMAZING OMGWTFBBQ. Can’t wait to see what HZD and RDR2 look like (this is my first experience with 4k HDR, at home, anyway).

How is this? I’ve been looking at it for quite some time now - is it worth making an entire thread for?

There has been some discussion with myself, @malkav11 and @tomchick about it.

I am enjoying it the more I play it, but there some short comings.

IMHO it comes close to being amazing, but the thing that drags it down (again imho) is running around servicing menhirs is not very enjoyable, and is a fair bit of effort.

I especially liked Fields of Glory 2, but think maybe it would work better with the strategic layer, like in Total War games that I understand is possible

There is Field of Glory: Empires which is the strategic layer. You can import/export battles between it & FOG 2. It’s on sale on Steam now until 12 Feb.

Now I haven’t played it yet so it’s not a recommendation, more a FYI.