I was playing Synthetik on the Switch. Had my best of the bestest run so far… which crashed mercilessly, deleting all my progress while at it.
Not booting this one again >:(

I am probably 30+ hours into Dragon’s Dogma Arisen and I am enjoying 90% of it. It is like Skyrim with better combat, and you get to create your own party like Dragon Age. Sadly there is no real comedy in it. But I am guessing I will get many many more hours out of it.

Smash Ultimate and Hades on the Switch have eaten all my gaming time since Christmas, with a few nods towards Mario Kart.

Admittedly Hades is a late comer, starting it yesterday and doing my first 8 runs. Pro tip, if you use the sword, the Cursed Strike is an amazing upgrade for it. It led me to my best run yet.

I finished up RDR2. Game of the decade.

I finished up RDR2. Game of the decade.

Yeah, it’s fantastic, and a real improvement on the GTA games and on the original RDR, writing-wise. And I only played it on the PS4 Pro at 1080p, not on a fancy 4k monitor.

Deus Ex. It’s been almost 20 years since I last played this. Using Kentie’s .exe and DX10 renderer with New Vision 2.0a and enjoying it very much. So many old memories are being dragged out and dusted off.

Age of Wonders: Planetfall. Asynchronous multiplayer with a friend is awesome. I know PBEM exists in other strategy games but this is integrated better - automatic save transfers and Steam notifications! Async also lessens the sting of having to watch each other’s battles.

Resolved to finally finish The Witcher 3, so I died a few time while perusing quests, relearning the controls and signs, etc, and doing a couple of quests before resuming the main quest, which kind of got me caught up

Also got some time in on Destiny 2, and a Warlords 3: Darklords Rising PBEM turn submitted. 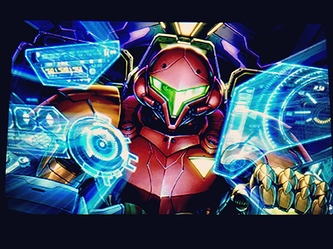 I’ve been playing this game off and on all week, and it continues through this weekend. I’ve killed 10 of 40 Metroids so far and have unlocked all sorts of cool power ups. Although I played through the entire Metroid Prime series a couple times about ten years ago, this is the first proper side-scroller Metroid I’ve played since the original back in the 1980s. I am by no means a purist, so I readilly accept and embrace my new Melee Counter, while some of the reviews I’ve seen just crap on it because it’s “not a real Metroid ability.” Whatever.

One of my favorite features in this version (compared to the NES version) is the ability to aim and shoot in any direction. That ability, plus a weapon that lets my shot pass through solid objects, makes map traversal pretty slick, as i can more quickly blast my way to where I’m going. I am also quite happy that bouncing up and up and up on spiderbombs is still a thing I can exploit. by just timing my bombs I’m able to reach all sorts of places that would normally require later item unlocks, and this nets me smaller things like more missiles and energy etc. It helps me feel like I’m pretty cool for outsmarting the game, and laugh at all those poor suckers out there who can’t reach these places because they don’t know how to press B nearly as awesomely as I press B.

I’m enjoying my time with the game. There’s a certain design mentality behind it that seems designed to appeal directly to me. A mentality lacking in other Metroidvanias, like Hollow Knight (a game I just can’t enjoy), or Bloodstained (A game I keep bouncing off of but would probably enjoy if I put in more effort). Only Ori and the Blind Forest has won me over as easily as Metroid: Samus Returns, but in that case Ori 1 is probably my favorite Metroidvania of all time, and as good as this game is, I’m not sure if it will ever reach those heights. I still have 30 Metroid(s?) left to kill though, so we’ll see.

So far, a good bit of Ghost of Tsushima, a bit of 13 Sentinels: Aegis Rim, and a bit of TROUBLESHOOTER: Abandoned Children. Good times.

am also quite happy that bouncing up and up and up on spiderbombs is still a thing I can exploit. by just timing my bombs I’m able to reach all sorts of places that would normally require later item unlocks, and this nets me smaller things like more missiles and energy etc. It helps me feel like I’m pretty cool for outsmarting the game, and laugh at all those poor suckers out there who can’t reach these places because they don’t know how to press B nearly as awesomely as I press B.

Sequence breaking is always one of my favorite little emergent aspects of Metroid games. Sometimes if I found a spot I thought I could reach early, I’d spend time there just to get it. Doesn’t matter if it would have been faster to just come back later, simply getting something early was reward enough.

I wanted to get back to The Witcher 3, but I needed to blow off more energy than that, so I went with mindless shooting stuff! I think I’ve been playing every day since the insurrection.

More Batman Arkham Knight for me. Finished the main plot but not yet Operation Knightfall.

One rather annoying thing after a while is not having a fast travel system, and not having a way to just reveal the locations of side quest stuff. Also, screw the Batmobile.

Ark then I took a break and played some Ark and then finished off with a long session of Ark. I might need help.

Shadow Empire remains the only thing getting my gaming time these days. So incredibly good.

I spent way too much time on Minesweeper roguelite Demoncrawl. I… don’t know if I actually like the game? The reliance on guessing - especially at the end of a long quest - leaves too much up to randomness for my taste. I suspect it gets easier with the right items or the right classes unlocked, though many of those are locked behind randomness as well. There is a difficulty with no guessing that unfortunately doesn’t progress you towards unlocks. And I sort of get it - a fully solvable logic puzzle with effects to make it easier bolted on would get boring quick. The balance is tipped a little too far into guess territory, imo. But Minesweeper is great, so I’ve been pressing on.

Tell me, good monkey, have you heard the good word of Hexcells? Minesweeper minus absolutely any random guesses.

I have! Played to completion (well, as much as you can with Infinite) along with SquareCells and CrossCells. All great games.

What about Patterna , for people who thought the Hexcells games were too easy? :)

So - I’m definitely putting that on my wishlist but half the appeal of the -Cells games to me is that they’re relaxing :)

Ooh, now that games are comparing themselves to HexCells can we coin a new genre? Cellslike?