That would be cool. Dead Cells needs its own genre.

I’ve been playing Disgaea 5. The culmination of a (re-)play of the mainline series (1-5) story content. That even involved hooking up my PSTV again for Disgaea 3. I will probably go play Disgaea D2 at some point as well, but that’s only on PS2.

Although I enjoyed the story of Disgaea 4 best, the gameplay mechanics added - and refined! - in Disgaea 5 really make it stand out. There’s several things to do at all times, which help optimize your character builds. You can switch between activities to vary things and still make progress. As these start to come together there’s an exponential effect in your power.

I’m just hitting the carnage world now, which means I still have a ton of game left to play. I’ll hopefully be wrapped up well before Disgaea 6 this summer, but we’ll see!

You guys loving those hexcells games and finding them relaxing must be made out of a different matter than myself: once the game introduced the blue cells (in Hexcells Plus, if I recall?), that require you to count and add up numbers from a given zone, it totally lost my interest. What an obnoxious, uninteresting timewasting trick. Blech. Also no progress save in a given puzzle until Infinite.

I have been playing Fenyx, the Monster Hunter Rise demo, and some Caladrius Blaze for some reason. I don’t like it that much. I especially dislike it when that game decides to not register my hiscore for whatever reason. 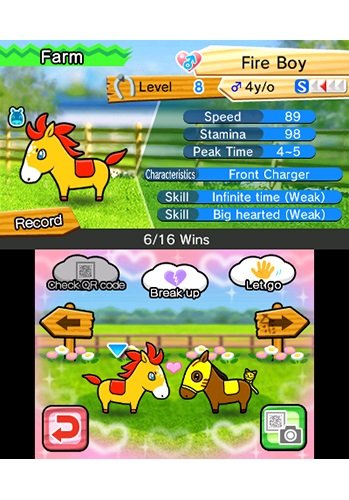 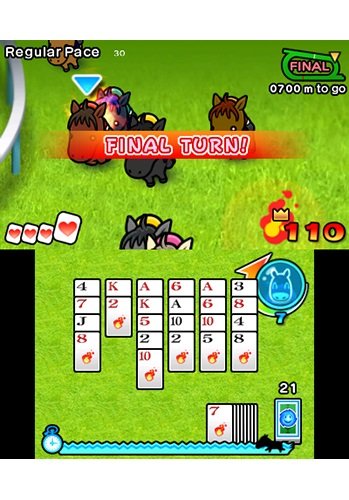 The game starts off with a brief training session that kills you (the jockey) dead. While dead, someone in the afterlife ridicules your crappy horse-riding ability and decides to take pity on you and return you to life, but with a miraculous new ability, the power to harness your solitaire skills and apply them to horse racing. So it doesn’t matter how crappy your jockey is, as long as he can play solitaire.

However, Pocket Card Jockey has more to it than simple solitaire. There’s also sex. Horse sex. When you’re done with a race horse you can send them to a sex farm. Once you’ve got at least a couple horses there having sex, eventually new horses will somehow show up in the world, ready for you to use on the race track. Gotta be careful though, there’s inbreeding penalties. So if you’re forcing members of the same horse family to have sex, any new horses that suddenly show up in the world have really bad attitudes and are more difficult to control on the track, just like in real life.

And in addition to solitaire, the afterlife, and sex, the game also offers actual horse racing. Although much of your progress happens in the solitaire game, almost as important is your positioning on the track, and your horse’s preparedness for the final stretch of a race. A lot of work goes into making sure your horse is as happy, enthusiastic, staminated, positioned well, and and super-charged for this part of the game, and assuming you’ve done your best… you just might win. I say might because it’s possible you can be as ready as ever but still lose the race if the other horses are just flat out superior. But said superiority can be overcome by making sure you’re only forcing the absolute best horses to have sex. Think of it like eugenics, but for animals, so it’s totally okay.

For Space Game Junkie, I’m going to record Starship Inspector. For myself, I’m back on the Grim Dawn train, so more of that and of course daily tracks in Bloody Rally Show and of course more Lord of the Rings Online. Should be a great weekend.

I saw it on a top 20 games for 3DS list recently during my Metroid revival, and I snapped it up because the game is only $6.99. It took a couple hours for me to fully grok how certain stats, cardplay, and positioning matter. There’s still lots of room for me to improve, but I’ve reached the point where I’m doing my best to level up the best horses for the mating metagame so I can create even better horses down the line.

It’s not the weekend yet! But I hope I’ll get to play a fair amount of Ghost of Tsushima and 13 Sentinels: Aegis Rim on PS4, and something else on PC (not sure what).

When you’re done with a race horse you can send them to a sex farm. 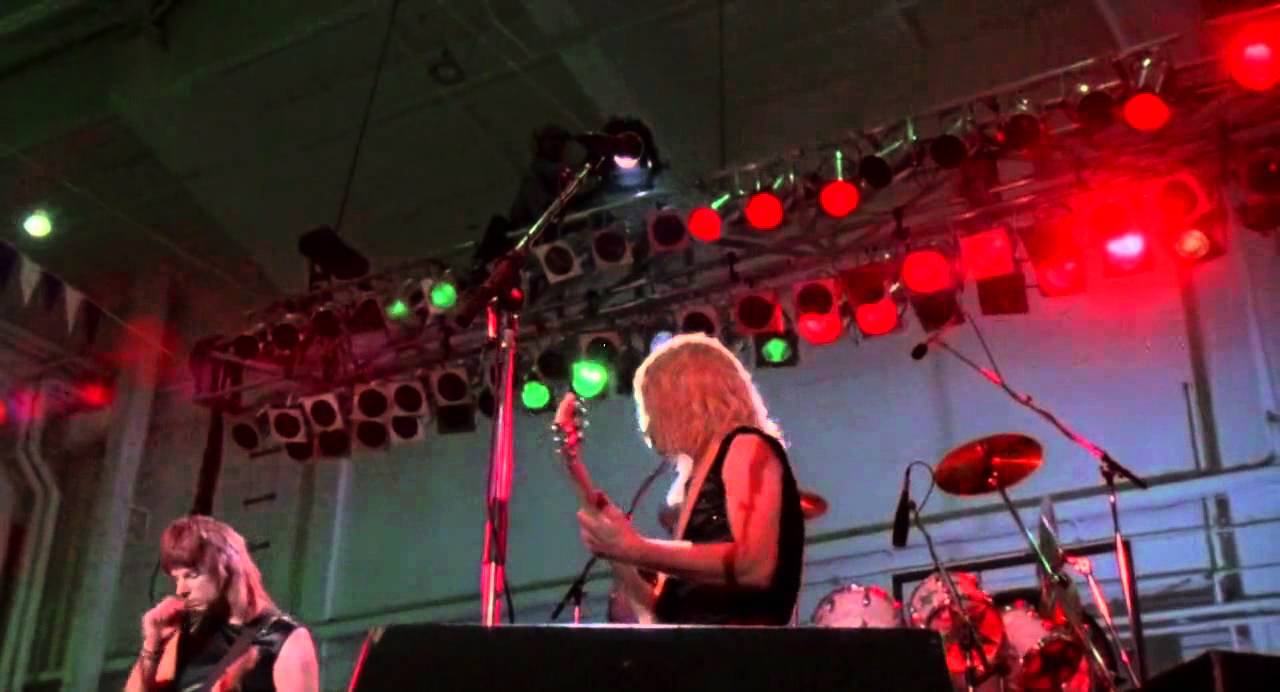 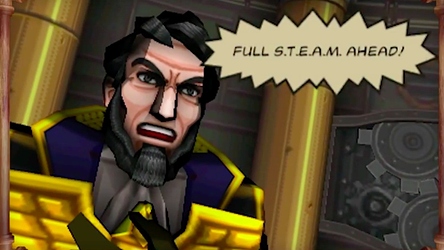 I had big plans to finally play through this game, which I had picked up on sale a few years ago. Back then I had only played through the tutorial, and the plan was to start over from the beginning. But you know what they say about plans… Today I found out the cartridge no longer works, even though it’s been sitting safely on a shelf in its case. I doub’t I’ll ever buy another copy so I guess that’s that. 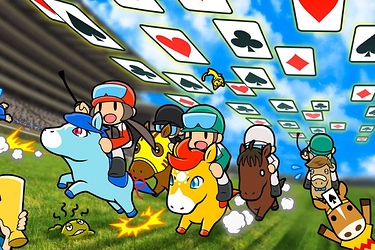 I already know what my game of the month will be for January. Whenever @lordkosc gets around to creating that thread you’ll no doubt see me doing another info dump on the game there, too.

This solitaire game is a wee bit addictive for me, and I know I’ll still be sneaking in games between everything else I do over the next few days.

I haven’t decided what to play on my switch, but I have a backlog that needs attention. I’m thinking of God Eater 3. I recently wrapped up Code Vein (by the same company) and wouldn’t mind something else. I’m kinda animed out at the moment.

I also own Hades on Switch, but I keep bouncing off it every time I try to play it and I think I’m at the point of just writing it off for good.

I still haven’t finished Marvel Ultimate Alliance 3, but the game is getting much less compelling the farther along I get in the campaign. Currently I don’t have a very strong urge to pick it back up, I just feel like I should try to finish it at least once.

I guess I could play Fire Emblem: Three Houses. I got it on sale over the holidays, but I feel like I’m in the mood for an action game.

Yay! Kerzain, you’re back from your time-out. I missed you buddy.

It sounds like you’re mainly going to play on 3DS and switch huh? 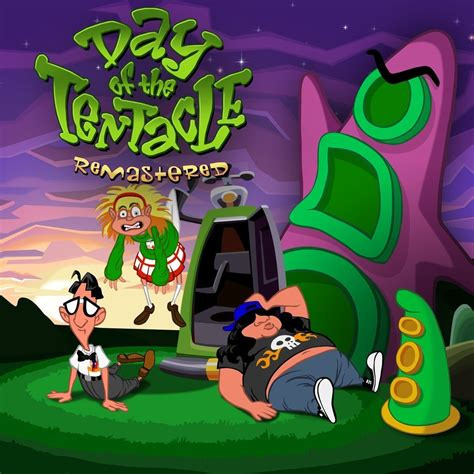 That’s not time effective at all: that game is freakimpossible :O

Am playing Muso Orochi 2 Ultimate on the Switch. I thought I had played it before but I had played only Muso Orochi and Muso Orochi Z (Z, not 2, ho ho aren’t they witty!)
I’m also trying to get coins to access the extra levels in Donkey Kong Country 3. It is tough.
And some comfy Fenyx if I have time I am guessing.

That’s a SNES game. What platform are you playing that on? Switch?

Yes. I fell in love with that little game so much I even got myself the official SNES pad (which is pretty darn good).

I guess I could play Fire Emblem: Three Houses . I got it on sale over the holidays, but I feel like I’m in the mood for an action game.

I picked this up when it was $35 before Chirstmas, and was really jonesing to play it. But as the Switch was safely wrapped up as a present still, I did not start it.

Then I got the Switch and was in a Smash and Hades mood, so have yet to crack it. Soon though. Or maybe I’ll bounce to BotW.

But I’ll bounce to BotW.

That’s not time effective at all: that game is freakimpossible :O

Oh totally. I would never play an old school adventure game without help. I always have a phone handy with a walkthrough open in one tab. If I’m stuck on a puzzle for more than 5 minutes, I look it up. I don’t know how people played these games back in the old days when you couldn’t just go on the internet to look up the answers.

What I find interesting in my country, is that while adventure games had their solutions published, there were hardly any tips for strategy games. And because there was no business of selling solution in books, standalone strategy guides weren’t published either.

Probably quite a bit of Hitman 3 (though, since I never played any levels in the series, I’m playing the Hitman 1 levels on Hitman 3 from the very start - Paris). Also, the plan is to play a good bit of No Man’s Sky with my kid (me on PC, him on PS4 - it’s awesome). Other than that, perhaps a bit of Immortals Fenyx Rising and TROUBLESHOOTER: Abandoned Children to, you know, just have fun. And to wrap it up, I’ll probably deliver COVID-19 vaccines in American Truck Simulator.