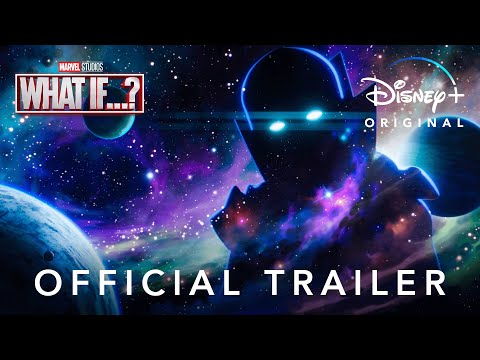 My problem with this series is that Captain Carter will presumably only be in one episode.

I’m in for Captain Carter.

A) that looks dope, I’m here for this

B) OH MY GOD NOBODY CARES ABOUT HOWARD THE STUPID DUCK. STOP.

Oh cool, Howard the Duck is in this one too!

You will pay for your crimes.

e: maybe should have gone with “SAID NOBODY EVER.”

Regardless, you’ll still pay for your crimes.

Oh cool, Howard the Duck is in this one too!

In a business suit, no less.

God, I loved Howard the duck!

OH MY GOD NOBODY CARES ABOUT HOWARD THE STUPID DUCK. STOP.

I’m not sure the general consensus in on your side. Me and all my friends at HowardTheDuckLives.biz are pretty excited about this upcoming appearance, and we’re generally pretty evenhanded about our fandom.

The real problem is that there’s no convenient way to meme the absolutely brilliant voice delivery of “You will suffer. You will all suffer!”

Say what you will about Jon Irenicus, but the man* knew what he was about.

Watched the first one, “What if Peggy Carter took the super soldier serum instead of Steve Rogers?”

It’s not clicking for me yet.

The episode feels so rushed. SO rushed. They are trying to retell the entirety of The First Avenger in twent-five minutes, but they hew so closely to the formula of the movie that they have to hit all the high points, but DIFFERENT!

Peggy takes the serum instead of Steve! They still want to have Steve in it, though, despite there not being a reason for him to be due to him not being a ranking officer like Peggy was, plus he’s still a weakling, so Steve gets a Mk1 Iron Man suit instead! Steve gets captured instead of Bucky! Peggy makes it to the present day via a portal instead of getting frozen! It’s just all so rushed. Because they have to hit every single set piece, it feels more like a series of vignettes rather than a cohesive narrative.

Action is top-notch, though, and I actually really dig the animation style. I’m still in for more sweet action and cool role-reversal stuff.

That’s kind of the name of the game for “What If”, even in the comics. Narratively it’s a mess, but you get to see a bunch of cool stuff. And supposedly, the cool stuff still coming is pretty cool.

I thought it worked pretty well, although I don’t know how well someone that wasn’t familiar with the Captain America: The First Avenger story would have been able to follow along with what was happening.

I thought the first episode was just OK. As others have mentioned (in the other thread, too), this one seemed a little too much “What if it were X person instead of Y person? WOULDN’T THAT BE WEIRD?!?!”

But it wasn’t really weird at all, just different.

I’ll certainly continue to watch, though!

I liked it, but agree it felt rushed.

I enjoyed it very much. I thought it was the perfect length. It set up all the beats as required to get things to the finish line.

Using The Watcher is a very cool way to have a character explain the multiverse.

While the animation is a little stiff and chunky, the production values and art design are otherwise very good and a surprise to me.

I still maintain it should have been the WHAT THE?! show. 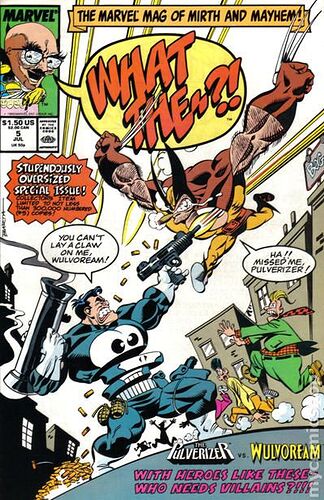 There was one part I was having a lot of trouble figuring out, but I got it. Imma spoiler it:

Captain Carter got the tesseract away from Dr. Zola early on. But somehow Red Skull gets it back to power his cthulhu-summoner!

Turns out the tesseract was powering Steve’s Iron Man suit. So when he fell off the train and got captured, Red Skull got the tesseract back, which is why the suit was hooked up to a big generator which they used to power up the suit for Steve; but then it ran out of power just too soon to help Carter defeat Cthulhu.

I guess it was kind of rushed, since I had to go back to watch parts of it again to figure that out!

Because they have to hit every single set piece, it feels more like a series of vignettes rather than a cohesive narrative.

I really enjoyed it. I don’t think they could (or should) go through the entire storyline of the original movie again. I think it would exhausting. Instead, they just focus on what’s different, and it works because it’s in a smaller dose.

I love the look of the environments, the lighting, and the choreography of the action bits. The parts with people talking? … Not as much. But for a 30 minute trifle topped with some fan service in-jokes and references? I’ll be happy to watch this every week.