What will you play (Also in the weekend)? RE-Titled

Come on, get with the program:

Hoping to play some Starsector this weekend. After playing through some skirmishes to learn the ropes I’m ready to try the campaign mode.

Anyway, I am a lifelong fan and player of games which I’ve only just learned are called ‘blobbers’. Learn something every day! Speaking of which, I will be continuing my playthrough of the original Bard’s Tale trilogy, in fact I’ve just started the third game, Thief of Fate. Highly enjoying this remastered walk down memory lane. Also picked up Glass Masquerade for cheap on Xbox, so I’ll play it a second time. I do love a good puzzle.

I’m really glad those remakes worked out well, I should spend some time with them myself.

I need to give those a shot. I only played the first Bard’s tale, ages ago.

Remember spending hours playing that, the SSI D & D games, Sword of the Samurai and The Ancient Art of War. Good times!

I also meant to tell @vinraith, if you haven’t played Operencia, that’s a really fun newer take on the old ‘blobber’ formula. I really enjoyed it.

On a related note, I’ll continue playing another newer blobber, Labyrinth of Refrain: Coven of Dusk, when I have time for games this weekend. I’m also hopefully going to get stuff set up to play my PS2 again and play some beatmania IIDX.

I also meant to tell @vinraith, if you haven’t played Operencia, that’s a really fun newer take on the old ‘blobber’ formula. I really enjoyed it.

I have to finish my game. I stopped when I realized I took too many active skills on one of my characters.

Noted, I’d forgotten all about that one thanks to EGS. Can’t pay full price for it in light of that, but one of these days it’ll be on sufficient sale on GOG and I’ll take a look.

I think it’s part of the Windows Store X Box service. So, for a dollar, you could play and beat it (if you do it under a month).

I think it’s part of the Windows Store X Box service. So, for a dollar, you could play and beat it (if you do it under a month).

Ah, wasn’t aware it was also a Windows thing. I don’t have 10, so that’s not an option, but might be one of these days.

I think the term blobber pretty much is a solid line between us old suckers and new gamers.

On a related note, I’ll continue playing another newer blobber, Labyrinth of Refrain: Coven of Dusk, when I have time for games this weekend.

Enjoyed my time with it a while back!

I’ve bought the West Coast Bundle of America Truck Yeah! (or American Truck Simulator for us Europeans that unironically like * Simulator games) now that it was on sale and it’s the first DLC for that game that I’ve paid for since I bought it in 2016. Don’t know if I’m breaking thread rules with a screenshot from Oregon but here goes. 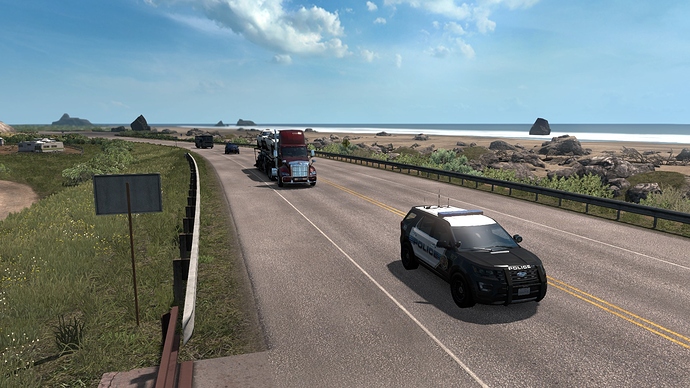 It does do more justice to the Pacific Northwest so far than the Crew games ever did but I guess that’s a low bar to clear.

They seem to have picked up the pace for adding DLC states from 1 to 2 states a year so I might have a chance to see Alaska/Hawaii in 2041?
I have no idea what they’re plans are but they should probably skip the midwest past Colorado and go east through Texas even if Dakota could be cool?

Otherwise I’ll probably play Control but so far it has left me uncomfortable (“hissing” sound design makes me anxious) and a little perplexed. I’ve heard that it might get more fun when you unlock more stuff and the story is interesting enough.

EDIT: Forgot to mention Surviving Mars. My colony is almost self-sufficient in production but now renegades are popping up and I’ve triggered the “Wildfire” mystery so I’ll see if I can hit the final mission goal.

I always thought the term was party based RPGs, but the first one I ever played was Warriors of the Eternal Sun, so I might just too young for all that.

Busy weekend, so not much gaming. I managed to squeeze in a round of the old 1830 PC-game right now, though, which went well. 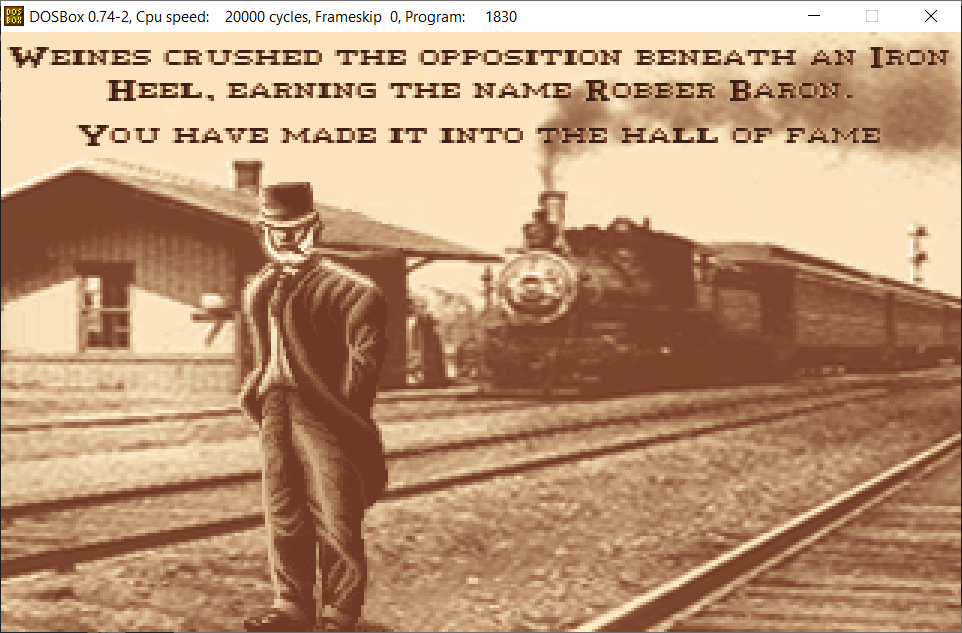 I promised you all I’d play Remnant and Red Dead Redemption 2 but then I read that The Surge is leaving Game Pass so I booted that up and it’s all I’ve played. I’M A NO-GOOD, LYING SON OF A BITCH! But The Surge is really, quite fun.

I think the term blobber pretty much is a solid line between us old suckers and new gamers.

I hate that term even more than MOBA. My initial reaction to this style is ‘meh’ but then I think about how awesome M&M and Wiz 8 was. I keep bouncing off Bards Tale 4 but I will get into it one day sooner or later I am sure.

Smash Bros with my son, just picked it up for his birthday. Never really played one of those games but he wanted it.

No time for RDR2 despite being what I want to play exclusively. I will probably get back to the Outer Wilds but it never really got its hooks into me despite looking like a fantastic Fallout 4 and Bioshock mashup.

You mean Out of this World. Err Outer Worlds, certainly.