I tried watching the new Hulu series, Only Murders in the Building, co-written by and starring Steve Martin. It’s such a joy to watch Martin, even if he’s relegated to playing a washed-up former celebrity who’s mistaken for Scott Bakula. There’s a great moment when he asks Selena Gomez about researching a murder case online. You see, he’s old and doesn’t understand how being online works. So he tasks her with doing the online research.

“Have you checked all the web sites?” he asks her.

She pauses for a beat, clearly unsure how to respond. “Yes, I checked all the web sites,” she deadpans. He thinks this is a perfectly reasonable answer. It’s pretty darn adorable.

It’s Steve Martin playing a schlub and he’s had one heck of a career doing it. And Martin Short is a lot of fun, too. I see from its thread some of you guys are enjoying the show. But I can’t stomach Selena Gomez as the emotional core of the mystery, and I don’t really have the affection for crime podcasts that I think the show expects. So, after two episodes, I don’t think I’ll be sticking with Only Murders in the Building.

But now I really want to watch a Steve Martin movie. I think of how David Mamet used him in The Spanish Prisoner. Mamet doesn’t believe in schlubs. Mamet believes in smart driven characters. Leave it to Mamet to scrape the Al Bundy off Ed O’Neill. However, shouldn’t I probably go back to one of Steve Martin’s classics with Carl Reiner? Or maybe enjoy him as part of an ensemble like Parenthood? Or Planes, Trains, and Automobiles? If you could only pick one movie, what do you guys think is the single definitive Steve Martin performance?

For me it’s certainly Planes, Trains, and Automobiles. That is largely due to the fact I watched it every year during childhood when we went to visit my grandmother in another state - it was her favorite, too, and that go passed onto my father and I through those visits.

And dynamic between Martin and John Candy is awesome. I still watch it occasionally, if not annually - its up there with Groundhog Day one of my favorite “old” movies.

L.A. Story is the pinnacle of Steve Martin.

And it should appeal to you, since you live there!

The Jerk is still great 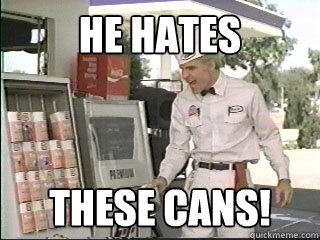 I mean, Parenthood, Planes Trains, Father of the Bride are all great choices.

His lesser-known The Lonely Guy is one of my favorites of his, though. It was made when he was mostly over his “wiiiiild and craaaaazy guy” schtick (not totally, but mostly), but he hadn’t yet become the recognized family-comedy guaranteed-big-BO guy. It’s a subdued performance in what is ultimately a pretty farcical situation…and unfortunately it kind of unspools towards the end. But the first 3/4 are great.

Also, it has an extra-droll performance from the already pretty naturally droll Charles Grodin.

The Jerk was good but it was him coming off of his 70"s persona. I don’t think it holds up.

I loved Roxanne. Still do.

I think the Jerk is the most fun I have watching him, even though it isn’t stretching his talents very much.

My favourite Steve Martin is Dead Men Don’t Wear Plaid, but I wouldn’t call it his definitive performance. For that it’s hard to top The Jerk. I also have a soft spot for The Man With Two Brains.

God, you can’t go wrong with any of these. Personally I’d go with LA Story and All of Me, but I love Lily Tomlin a lot, so I’m a bit biased. You really can’t go wrong with The Jerk, The Lonely Guy or even lesser-talked-about films like The Man with Two Brains, Roxanne or Dead Men Don’t Wear Plaid.

Planes & Trains. The scene at the rental car counter is amazing.

LA Story and Roxanne for me. Martin as the straight man in an absurd world always appealed. 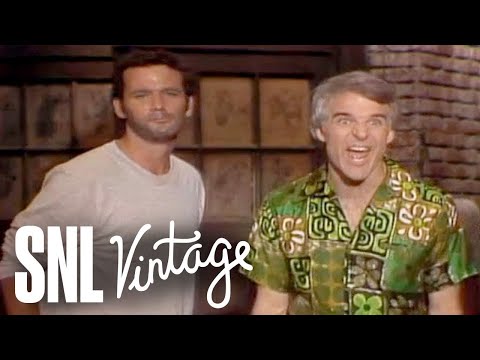 For me it’s certainly Planes, Trains, and Automobiles.

Me as well if only one must be chosen, although…

For me as well.

And of course who can forget 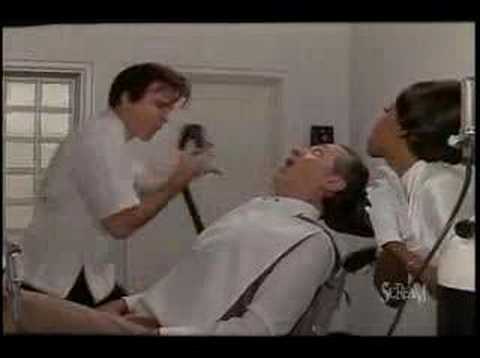 Man. I really like Steve Martin. And, as I look through his IMDB page, I am realizing that I have seen maybe 2 or 3 movies he’s been in. Total. Bowfinger, and Dead Men Don’t Wear Plaid. Maaaaybe Dirty Rotten Scoundrels?

How did I get the impression I liked him so much when I’ve hardly seen anything he’s been in?

PS: I loved the two novels of his I read.

I am a big fan of ‘Leap of Faith’, a 1992 film where Martin plays a faith healer and televangelist and, very likely needless to say, a con man. There’s a great supporting cast here too - Liam Neeson! Debra Winger! Meat Loaf! It’s not really a comedy but not really a drama either, but I do like Martin’s performance in this quite a lot.

How did I get the impression I liked him so much when I’ve hardly seen anything he’s been in?

His celebrity pre-dates his movies. Surely you know him from his TV appearances or comedy albums. I think all of us of a certain age remember being kids and having Steve Martin and Richard Pryor albums mixed in with our Blondie, Zeppelin, and Simon and Garfunkel.

God, you can’t go wrong with any of these. Personally I’d go with LA Story and All of Me, but I love Lily Tomlin a lot, so I’m a bit biased. You really can’t go wrong with The Jerk, The Lonely Guy or even lesser-talked-about films like The Man with Two Brains, Roxanne or Dead Men Don’t Wear Plaid.

LA Story and Roxanne for me. Martin as the straight man in an absurd world always appealed.

You both failed the premise of the thread! [insert rude buzzer noise here] But I’m putting you both down for LA Story, since it was your first pick.

Whoa, you came up with one I’ve never actually seen! I’m definitely queueing up Leap of Faith, especially since it’s different from his usual persona.

“That cat was the best fuck I ever had.”