Who has the best Renaissance festival in the world?

We have one in Holly, Mi that is really nice which I’d like to go to again, but just too much going on and my health is unreliable. So it got me thinking, what other Renaissance festivals are out there? And separates them apart, and have you participated?

I used to participate in several a LONG time ago and enjoyed them quite a bit. However, what separates one from another is really the engagement between the people at the fair and the guests. People change over time, and those looking for first-rate festivals would do well to hear about more recent experiences than my own; a consistent tradition of excellence tends to draw the best performers (and shops, to be fair - you’re gonna spend money, lol).

Honestly, I’m curious to see what people say are the best these days.

When I was a kid my dad would take me to wherever the Houston one was. I remember he pretty much had a turkey leg and a draft beer in his hands at all times.

I know Pennsic is a little more than “just” a Renaissance festival, but several of my friends are out there now and it always looks like an absolute blast, but there’s no way I could endure a week in a hot tent surrounded by thousands of other nerds in hot tents, no matter how much fun it might be to recreate medieval life :)

I… don’t do these things…

But I really, really want to go to Medeltidveckan. http://www.medeltidsveckan.se/en/

Also Up Helly Aa looks like a blast! http://www.uphellyaa.org

While it probably doesn’t rank up with best in the world, I absolutely loved the one in Larkspur, Colorado.

I went to this a few times in years past…

It’s near one of my company’s facilities. But haven’t been in the last decade or so…far too expensive for me. But I recall they had good actors, a good venue, so one or two trips may be worth it if you’re into it.

[edit]… I used to like this one …http://robinhoodsfaire.com/ when it was in my town for a few years, where my daughter won a princess crown from a very good jouster one year and my dog won best costume (Robin Hood) one year…but they moved to a town an hour away 2 years ago, so…not a quick weekend trip anymore. Plus the locale wasn’t as good (butt up against an interstate highway, where you couldn’t hear much over the drone of truck traffic).

I was very amazed by one exhibition at this one … a guy and his son with a longbow. Hit targets from 200 and more feet away. He just looked like a medieval archer. He even gave a history lesson on the longbow before starting. I figure that they make a tour of it, but damn, he was amazing. I don’t think he comes to the new venue…there are better ones.

Holy cow. $32 for one person?! Why is it so much? Here is ours for comparison. http://www.michrenfest.com

It’s near one of my company’s facilities. But haven’t been in the last decade or so…far too expensive for me. But I recall they had good actors, a good venue, so one or two trips may be worth it if you’re into it.

From what I can tell, its glory days are over. A lot of the good performers (Smee and Blogg, Wench Works, etc) have left. I worked there as a performer back in the mid-90s. It is also expensive. The big knock I have against it is that you buy basically food tickets (they are like skeeball tickets) and naturally, one sheet will barely feed you, so you need to buy more. And some left over you can’t return.

Some of the performers went to the CT Renn Faire, but the Stickneys (who were the Pope and Cardinal at KRF and CT Renn Faire) mentioned there may have been some drama there also.

Also, the Sterling Festival and the New York Rennasiance Festivals used to be good, but I haven’t been back in years.

This is what you want.
European Medieval Faire 2017

its basically the entire town of Horsens in Denmark, that is turned into a medieval city. 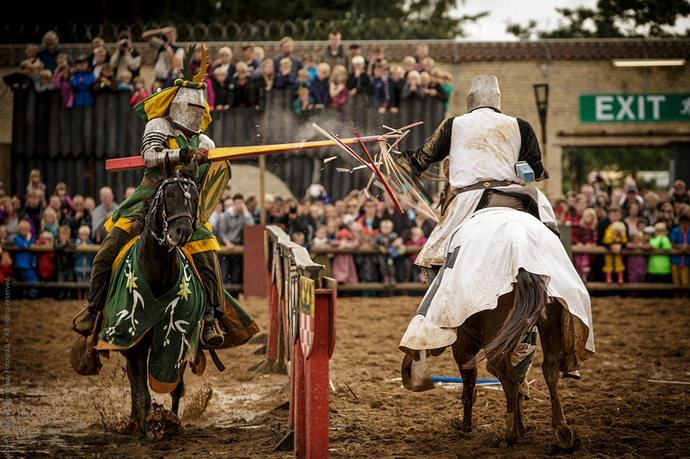 The PA Renfaire is built on a winery, so free samples are available. Not sure what a Renfaire has as standard, so I am not sure what makes a good Renfaire.

You’d think that I, being the history/ fantasy nerd that I am, would have visited one before. We’ve got one that’s been around for a long time less than an hour away. But I’ve never been. Perhaps one of our other Chicago natives has

I grew up in Clarkston and the festival in Holly was only about 15 miles away from our house near Pine Knob. I believe I only went a couple times, though, and probably in the late '80s. My girlfriend in high school/college used to work there and was one of the buxom ladies you may see there. She used to really enjoy working the festival, but I could never really get into it myself.