In my game, it looks like Hero archetypes no longer have the ability to heal in neutral territory. Since the tooltip hasn’t been changed, I’m guessing this is an error?

@SorenJohnson, the issue seems to be interface scaling. If you scale the interface up past a certain point (I think I was three increments past the middle of the slider bar?), the Heal option is pushed offscreen for a unit with a Hero general. But unlike the Worker’s panel which has a scroll bar to access all his options, there was no way to scroll up to the unit’s Heal option. I was able to barely reach the border of the command with my mouse, and I was only able to tell it was the Heal button by the tooltip.

It’s not really an issue and I was able to fix the issue by scaling the interface back down. 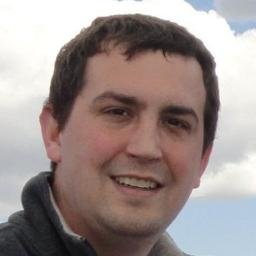 I had a lot of glitches on my turn. I think Tom is up next, but I’m not sure the turn was uploaded. Could someone double check and see who’s turn it is?

It’s still showing as your turn for me.

I had a lot of glitches on my turn. I think Tom is up next, but I’m not sure the turn was uploaded. Could someone double check and see who’s turn it is?

I took my turn earlier today and didn’t notice anything amiss.

It’s still showing as your turn for me.

Ok I redid my turn, everything is normal

Turn in. Things are looking grim for the Eastern Confederation.

FWIW, I would be happy to start a rematch with the same group but with Fog on. I think it might be better that way - I was anticipating more forum updates.

For me the pace of this game has been so slow by the time my turn comes around I forgot what I was doing or why I was doing it.

I do think some more tagging of turns would be justified. Helps with the ‘whos turn is it’ aspect.

That said I have liked the match, and am anticipating seeing where things go. I should probably start a regular single player game…

I intended to banter more but I feel a little shy about it, because since the game started I’ve read Vel’s manual and played more and now I feel like I’m doing more of a rescue job on someone else’s start. :)

Suffice to say that you three on the other team will be in such big trouble when I figure out how to un-botch my resource drains. :)

I am having fun, though. I wish we could flip through turns more quickly but I’ve admittedly had my share of 12-48 hour delays.

I’m more than willing to entertain a negotiated peace - my leader is a diplomat, after all.

In exchange for peace and a return to the internationally recognized Year 0 boundaries and borders, we are willing to support a resolution to have @tomchick send you 15 gold and 2 whales per turn for 30 turns.

I think the main issue for me is that these games are basically just two teams rushing each other with early game units. I’m not sure what else I expected with open visibility maps. :) It doesn’t help that there are no computer players, and a lot of the appeal of the design is how you interact with computer players. In fact, I’m not convinced Old World works as a game with only human players.

That said, I’m happy to throw in the towels or plug away to the bitter end.

Best MP Civ IV MP maps, CivIV being the best Civ, were either Inner Sea (something like that) or Small Continents (not sure about that name either).

The former was invariably an early game rush fest building up to the doom stacks of axes and catapults, predictably but relatively fast to play.

The latter were best with 1 human and 2 ai per continent, so the game would have a consolidation phase, rushing to take over or subjugate your continent in order to prepare for the eventual global clash. These games rocked, but took forever even using the almighty and frequently desynching PitBoss simultaneous turns.

Yeah, that’s probably the best way for multiplayer Old World as well. Throw in plenty of AI nations for the players to interact with. There’s just too much missing when you take diplomacy out of the equation.

I’m happy to restart for a more interesting scenario, Especially since Tom is besieging one of my cities. His damn warrior was supposed to die early on.

Not having fog of war really changes the game and not for the better in my opinion. Maybe 3 player games with 3 AI might be better? But I don’t really know.

UnParagon is up in game 2.

His damn warrior was supposed to die early on.

You failed to account for Boudica to the rescue!

I’m fine with either finishing up the current match, dropping the current match, or doing a rematch with fog and/or AIs. In a rematch I think we’ll probably run into some of the same problems though. Games with high player counts and consecutive player turns are super demanding on players & prone to seizing up if even a single player has a busy week at work, becomes uninterested, etc. etc. In 20 years of gaming I don’t think I’ve ever finished a MP game that has Civ-style turns. Dominions and its concurrent turns, sure, that usually finishes out since players can drop out without blocking the entire game.

I think it might be better that way - I was anticipating more forum updates.

I have difficulty finding the line between playful banter and being an asshole, so I was keeping my postings about this game to a minimum. Would be happy to write up an AAR through. :D