I’m TheCaptain84, and you can use my regular email. I haven’t played with fog off in a long time, but I just wanted to throw it out there depending on how many observers we’ve got (and if people want to play the game totally dark).

I still need to know the experience level for @bmarinari.

Exploration and discovery being important elements of the game, I would prefer FoW left on.

I don’t even know how the game handles the Legitimacy bonuses you get from discovering landmarks without it.

lol, neither do I! (opens up Visual Studio…)

and the answer is… no bonus for “discovering” landmarks!

If you have a preference one way or the other, please weigh in.

Prefer FOW on. If we were streaming this in realtime, I could see leaving FOW off.

Or we could go full-Off-World-Trading-Company, and turn the FoW off and bid for starting positions. :D

I’m fine with either setting.

Edit: Oh and I’m playing for the first time this morning. This is a very complicated game! I wish someone had warned me.

The plan is to start these games tomorrow morning (@Strollen, if you’ve posted or PMed me your Epic Games name, I can’t find it; please resend). Here are two games, each set up as a 3v3 with a balance of experienced and inexperienced players.

For game settings, there are four items to consider:

1: Fog of war
Turning off fog of war makes for a very different game. Now everyone can see everyone else’s cities and units, as well as the layout of the map and its resources, including tribes, ancient ruins, and – most importantly – city sites. And I think in a multiplayer game, that might be a good thing. The blind chance of scouting a city site before someone else is removed from the equation. Instead, you know all your options and have to decide which sites to contest instead of hoping to stumble acdross them. This also removes the issue of abusing the undo button for scouting (not an issue here, since we’re playing among friends, but undo has got to be a major point of contention in multiplayer with strangers). Scouts are still important for gathering resources and, eventually, setting up agent networks. But vision and landmark discovery become useless gameplay mechanics. On the whole, it will make the game feel more like a multiplayer boardgame. It will also let us enable observation mode, which allows anyone to jump in and take a look around. I suggest turning off fog of war.

2: AI nations
With six players in each game, we don’t need AI players. In fact, if we include them, we can’t have unique nations. So my feeling is to play without AI. However, I’m guessing this will have a significant impact on how diplomacy works. If I’m in a multiplayer team game, I don’t think I care about the opinions of the other team’s nations. I doubt I even care about the opinions of my team’s nations! Naturally, games without AI players will probably play differently. I suggest games without AI nations.

3: Randomly assigned nations
This will just be easier for everyone. And if we randomize starting leaders, this will make things even more fair. Otherwise, someone’s going to get stuck with a childless Dido in a game where her diplomacy bonus isn’t particularly helpful. I suggest random nation selection with random leaders.

4: Map settings
I suggest Coastal Rain Basin (the default multiplayer map, with ocean along one end and mountains along the other) and Low Event Level (puts the focus on gameplay over random boons). Everything else on default.

Does anyone feel strongly one way or the other about any of these settings? If so, please speak up and I’ll make sure the games are set up accordingly. My suggestions are just suggestions and I’m fine playing with whatever settings y’all prefer.

On the whole, it will make the game feel more like a multiplayer boardgame.

I understood the argument for FoW off, but the discovery aspect always had an appeal in the 4x genre. But then you put this line and I’m sold.

The rest sounds fine and I have no particular opinions on.

On the whole, it will make the game feel more like a multiplayer boardgame.

I understood the argument for FoW off, but the discovery aspect always had an appeal in the 4x genre. But then you put this line and I’m sold.

For what it’s worth, it’s how I’ve been playing single-player as well. It’s a great way to watch the AI (for better or worse…), but it also gives the game a very different feel, playing to Old World’s boardgame elegance.

I think the main benefit of FoW off is to be able to share the game here on the forums (which is a BIG plus), but for the record, observers won’t be able to join Play by Cloud game (it’s great for live network games) and undo is always off in MP (with the exception of co-op Play by Cloud/Hotseat games).

You’ve been play SP with the Fog off?!? That’s not how you’re supposed to do it! We’re trying to get you tasty sausage!

I have an Epic name??. Checks so I do, I see the first time I bought game on Epic I used Strollen and probably some random yahoo email. So for this game my Epic Name is Strollen21.

Normally i prefer to FOW on, However I’ll defer to the game designer on the best setting for MP game since this will be my first OW MP game.

I know it was over 30 posts ago, but how could you forget this Photoshop masterpiece at the top of the thread??? 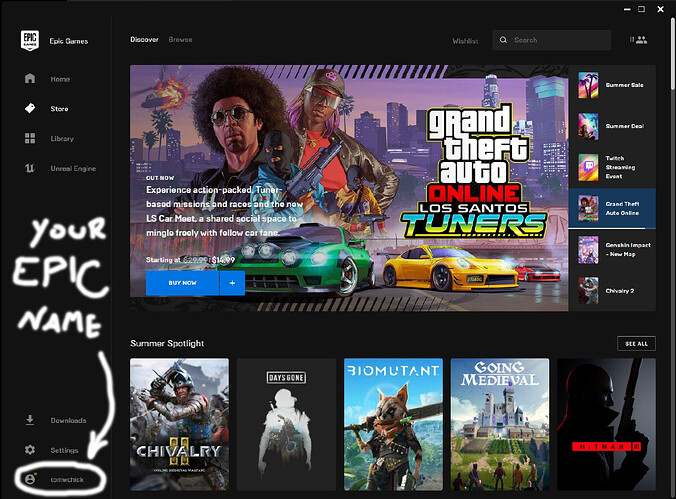 It might be a good idea to play one game with FOW off and one with it on (I’d be happy to be in the one with no FOW.) The game is better with FOW (as Tom mentioned, there are mechanics going to be missing), and I only suggested taking it away so people can follow along the game, but it’s probably unnecessary for both games to be that way…

I’ve already posted my thoughts on FoW, but I’m fine with the rest of Tom’s suggestions.

So how do we actually log into/join the game? That may seem to be a dumb question, but 99% of the time I’m a single player kind of guy.

I’m not even sure how being on a “team” affects the victory conditions. Do all 3 members have to complete 10 Ambitions, or only one? If we play for VP, is it based on the combined score of all the team members? Does one team member benefit from another’s legitimacy?

I’m sure this is in the manual but I’m too lazy to look it up.

I’ll have to check, but I believe that if any one team member gets 10 ambitions, that team wins. (Normally team games get resolved well before that point.)

I should add that although we are playing characters, the experience is certainly different from playing with AI. Almost every event that affects another nation will be off the table (so no diplomatic events) because it wouldn’t make sense to find out you just made peace because of someone else’s event. There are peace/alliances in MP, but that won’t be a thing with teams. Perhaps more importantly, there is not really a mechanism for moving character between nations (marriages, adoptions, etc) because the purpose of that in SP is largely opinions and events. (Team 1: I can tell you that my opinion of you is already Furious!) I would like to add some features for this, and this game will probably help me figure out what to add. A simple one would be sending one of your courtiers to another player. (There are already tons of ways to send resources and units and cities to other players.) At any rate, am open to suggestions but just wanted you to know my thinking. Have also not allowed Treachery or Insurrection against humans because there is no way to remove an Agent, and I’m not sure I want to open that can of worms, but I’m still mulling ways to allow it to work in MP.

That’s all the caveats I can think of for now!

I kind of like the idea of the FoW hiding all of my mistakes. That being said, I’d be fine with the proposed settings & could endure the harsh glare of map reveal if that’s what people want to go with.