Wildermyth officially released today and is 20% off on Steam. I don’t remember specifically why I was excited about this, but I can see a handful of posts from people who liked it in the last couple years (@Charlatan , @rhamorim , @Left_Empty ) - can you remind us why it’s great?

Well, it’s been a while since I last played it, but here are my impressions back then:

If I had to pick one thing that makes the game unique, it’s the “feel” of a DM-led RPG session, the way it builds stories around your characters, the way they change through the campaign, even if it is “procedurally generated” somewhat. But the other parts of the game are pretty good too, and in the end it is more than the sum of its parts.

I haven’t played more because I wanted to wait for 1.0 to play more. And as such I’m reinstalling it today. ;)

I haven’t played more because I wanted to wait for 1.0 to play more. And as such I’m reinstalling it today. ;)

Same here, and I second your recommendation.

I was reading a post elsewhere where someone was complaining about turn-based RPGs becoming extinct. This baffled me until I realized they were talking about JRPGs. Here in the west, we’re having a turn-based RPG renaissance.

Agreed on all counts. Absolutely bonkers/fun RPG game that captures the feel of a board game and also a pen and paper game run by a real GM very well. I’m on my second (randomized) 3 chapter campaign and it’s entirely different than the first, even though I got “unlucky” in that the main enemy ended up being the same both games (Gorgons).

It looks great, it plays great, it feels good to play, the writing is outstanding (I even got a real chuckle at a few procedural bits of dialog last night!) and it’s every bit deserving of the overwhemingly positive reviews on Steam.

First I’ve heard of this. (Which thread were you guys using to talk about it before?) But this part in particular, how on earth does it accomplish this?

This is a single player game that feels like a DM-lead RPG, you’re saying?

how on earth does it accomplish this?

The characters (while being 2D art) change with the world around them - the equipment they carry, if they have an event happen that changes a limb to living wood or something crazy, as they get older - and you start to get a feel for their personality by way of procedural text generation which is just as incredible as it sounds, and key here - well implemented. As you travel with your bands of adventuring parties to various map nodes (to recruit, to shore up defenses, to fight enemy incursions, etc.) there are these little story vignettes that use the character models in very clever ways and the writing is (as I mentioned) just incredible. I see @rhamorim is replying so I’ll let him explain as well, there is a lot to it - it’s worth at least a watch on YouTube. It’s really an impressive game.

Yes. The thing is, they use a combination of procedural generation and hand-crafted interactions to weave stories between the characters you control. And that makes those characters feel both unique to that playthrough, and emergent in ways that pre-made characters in other RPGs can’t be. During your campaign the story will be told in little vignettes, and in those vignettes two characters can become rivals or lovers, for instance. Those little tidbits feel like something a DM would concoct, and the way the other characters behave - not being pretermined - feels like choices other players would do, relevant to their characters. It’s like you have control of the game, but it creates this illusion that your characters have agency, that they are affected by the events that transpire in a way that hasn’t been written for them, rather than experienced by them.

It’s an illusion, of course, and the more you play the game, the more you figure out how it works. But until you do (and even after if you “play along” with it), it’s a magical thing, really. 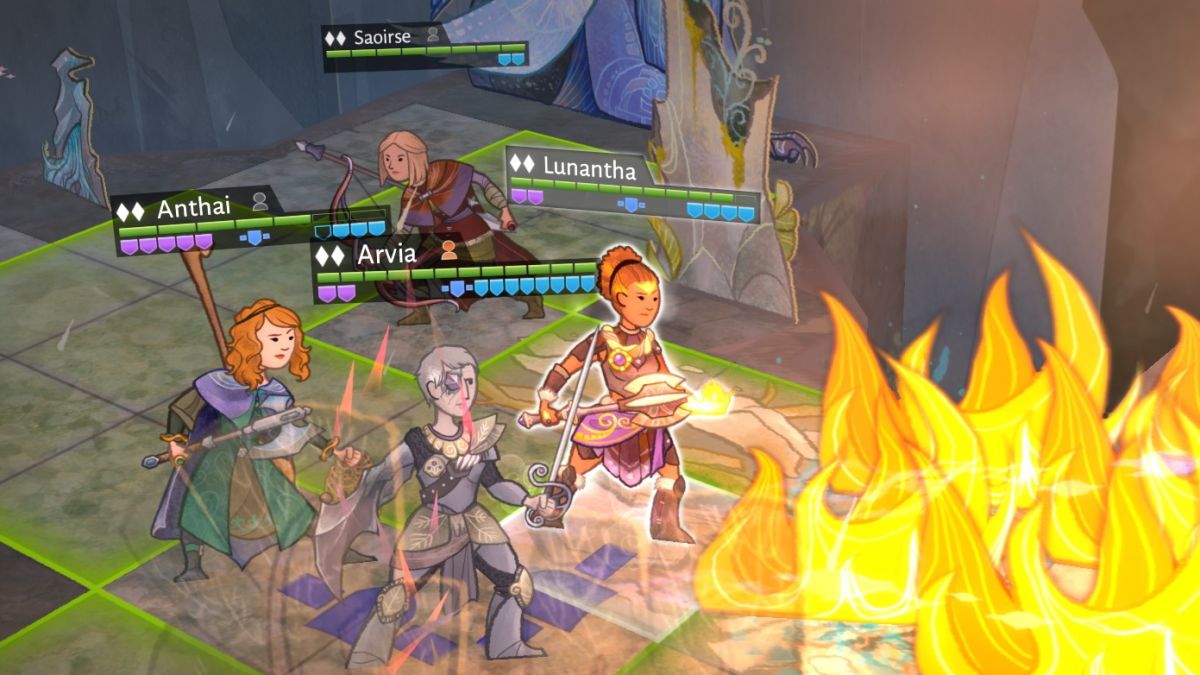 A legend-building RPG that deserves to define the next decade.

Frankly, buy it blindly: I played it over a year ago for a few hours and figured I’d wait for all the content to be there. It was amazing, like the Darklands you wished were.

That is my plan. I mean, I have heard a little about it and read comments from people here - but I’m just going to grab it. It seems like it will be different from the usual CRPGs and be awesome for it - even if some of those standard CRPGs are pretty darn good.

I’ve had it since last summer. Glad it’s out and glad it’s got the whole PnP vide I’d enjoyed the little I played it last year. But I kind of hate the whole idea of having dudes and dudettes with claw hands and wolf heads and peg legs and glowing eyes. It’s just too much for me. This sort of tossed salad of abilities just isn’t my thing. Gimme some basic low magic swords and boards and whatnot. But if you like the idea that your character can get a wolf head and bird wings, this game is probably the bomb. Hell, even I will play it because the underlying game/story generator is so good.

Wildermyth officially released today and is 20% off on Steam. I don’t remember specifically why I was excited about this, but I can see a handful of posts from people who liked it in the last couple years (@Charlatan , @rhamorim , @Left_Empty ) - can you remind us why it’s great?

what @rhamorim said! I haven’t played it as much as you other guys but the character progression seems incredible. I didn’t realize it was out of EA today. I’m jumping in!

Dammit, you people know I have a backlog right? But based on that description I can’t not buy this and play it immediately, so that’s what I’m doing.

Also: The art style is great, but to me it cries out for someone to make an “Order of the Stick” mod with the “Monsters for All Seasons” line.

Also: The art style is great, but to me it cries out for someone to make an “Order of the Stick” mod with the “Monsters for All Seasons” line.

It was amazing, like the Darklands you wished were.

Well, that quote pushed me over the edge. Installing now!

I hope I didn’t oversell it, but that’s the game it reminded me off (at least because of the crazy ambition).

I didn’t have a high enough opinion of Darkland to think that was overselling something.

I’m kind of overwhelmed with games that I’m currently in the middle of though. I usually ignore them all to play Flight Simulator instead. But this game’s concept does intrigue me enough that maybe I should put Flight Simulator on hold.

Also: The art style is great

Um, I find the art to be atrocious. A 12-year-old could do better. It’s the main thing that’s prevented me from pulling the trigger on this since I first saw it in EA.