I start out these games spending way too much time looking at loot. But the more loot you get and the better your gear gets, the more difficult it is to replace a piece. So as time goes on I spend less and less time thinking about it. Except for melee guys who always get weapon drops scrutinized because typically that’s where your DPS is coming from.

Heh. I certainly do some of that. Less now than earlier. I also tend to scour maps pretty thoroughly. 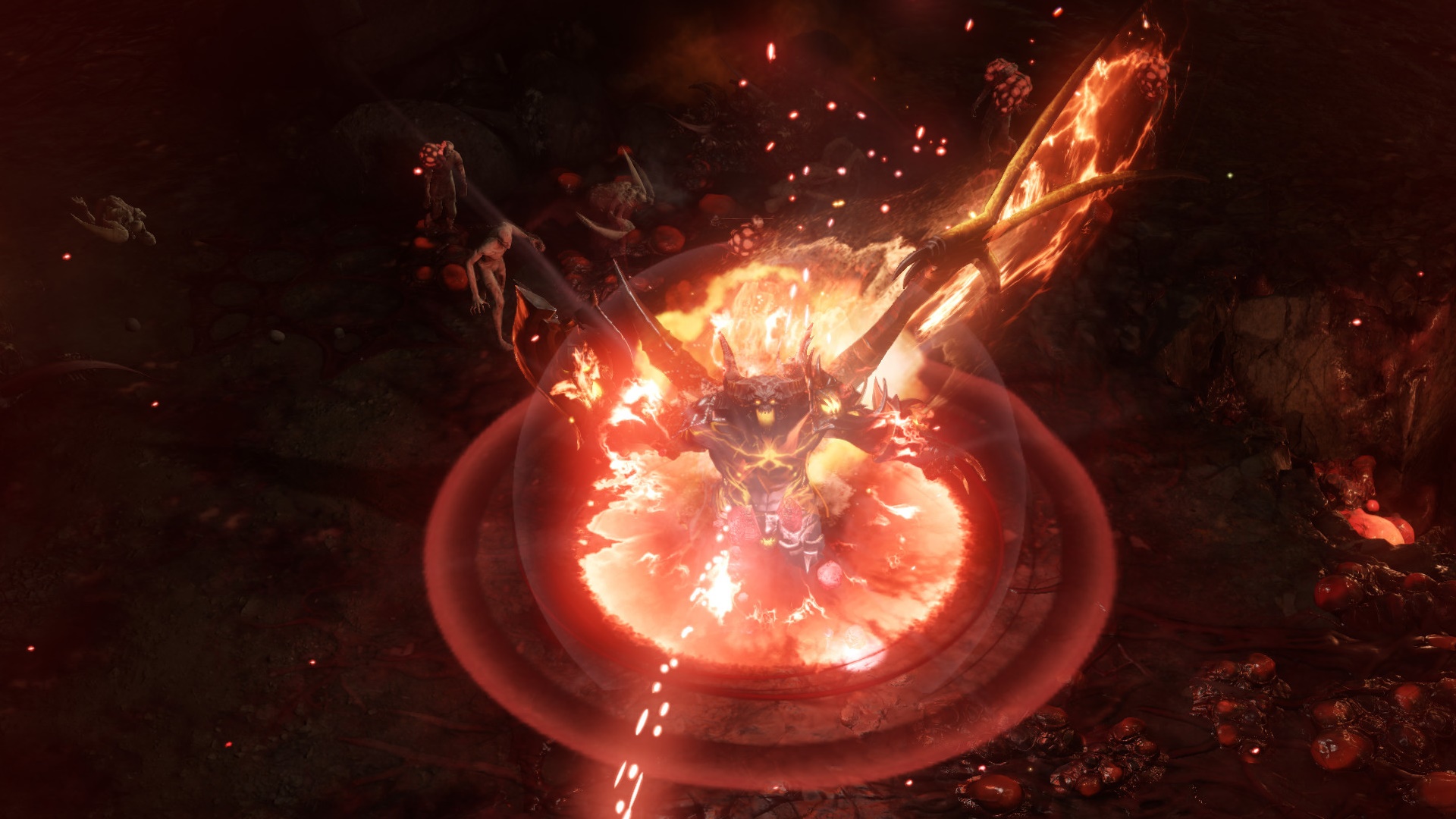 The best Wolcen builds to put down your foes

From spinning typhons of destructions to chilly archers, here are some of our favourite Wolcen builds

I guess I just suck eh?

Is this an online character by chance? If so I can help you if you need.

I wound up just doing the story mode through that fight and got through to Lambert or whatever it’s called. I will try to beat that tomorrow. If not I may take you up on that. What’s your code? I’m vckadath.4155

I’m having the opposite problem. Constant freezes and crashes but no bugs and progressed through fully when I was able to not crash. Hoping they figure out the 100% disk usage AMD cpu issue soon, makes playing online pretty much impossible.

Weird that you’re having all those issues still. I just leveled a melee guy up online and only had 1 issue - the one where the Act 3 boss bugs out if you damage him while he’s transforming to a winged shape. I had to do that fight over. Aside from that (oh, and one bug where I could not get the stash window to close), online has been very smooth.

online has been very smooth.

I don’t believe it matters if you are playing online vs. offline in terms of bugginess. I suspect the recent patches might have more to do with your having a better experience than I was having (about this time last week).

I uninstalled it and am enjoying Grim Dawn with @ShivaX instead, I’ll revisit Wolcen at some point - I like a lot about it, and I’m glad to have played it for the 17 or so hours I have in so far.

Yeah, Wolcen has a lot of good stuff there but it’s also swamped by a lot of nagging issues from technical problems to lack of polish and lack of balance. That’s okay, I totally expected that going in. I’m just planning on beating the campaign then let this one sit in the oven for a little bit before circling back around to it.

I can’t remember what my tag is offhand, but I’ll add you when I’m online next to see if you still need a hand.

I have learned to quit out of the game completely after every three-part expedition (about 15 - 20 minutes of playtime). Otherwise, the game will crash.

It looks like a memory leak. The issue is worse for ailments builds, I think, as the game has to perform massive amounts of calculations. I’ve also learned that I can’t gather up 1/3 of a zone to AoE them down in one glorious murderpile, or that will often crash me.

Wild. Don’t think I’ve had any crashes (maybe 1?) in 30 hours, except when quitting.

Mine doesn’t crash but it does randomly kick me to desktop but keeps running,

Several patches have been released, and they have a bunch of fixes (and a few nerfs that have some angry already). IMHO whole sections of the game don’t even appear to have been tested at all or very little it seems like, which is disappointing after 5+ years of development. I’ll say I like the game, but wish it had more time in the oven with better QA at the helm.

Hey @Kadath, sent you a friend invite. Hit me up if you still need help with Elric or the other end of act bosses.

No surprise, given people had only been able to play up to act one, the outer passive ring was missing and a bunch of the skills weren’t in.

No surprise, given people had only been able to play up to act one, the outer passive ring was missing and a bunch of the skills weren’t in.

Yeah, you nailed it.

I am not shocked one bit. But to be fair to them, most ARPGs that have this type of style have similar growing pains. So my interest is how they manage the situation moreso than the fact that it happened in the first place.

They buffed the previously useless minions and I thought I’d try them out. I used them for most of Act 2 online and while they are definitely better, there is still a ways to go. One of the biggest issues I have is simply knowing how many guys I have - there’s no UI element showing you how many minions of each type you have up (because if you’re not maxed out, you want to cast more of them!). But the biggest issue was ginormous server lag - the minions would lag way behind, I’d spawn into dungeons with no mobs in them - they would appear after 30 seconds (maybe). I also did an Expedition and the game crashed as I was fighting the final boss on the 3rd level. :/ Seems to be generally poor server response (all of the above was online). Offline mode still seems pretty good (though I did encounter that weird bug where you seemingly get stuck casting a spell and you just stand there casting until you run out of resource… can’t move, can’t stop, can’t use another skill).

Not sure when I will be back on but will add you when I am!

Any other Kickstarter backers here that still haven’t gotten a key?

You’d need a catalyst off-hand though, in order to slot it as a skill.

No, i don’t think so - i’ve only used a staff and i have it slotted as a skill…