They did this because the criticism in WoW was that new players needed to play through eightish expansions’ worth of completely dead content, populated only by a handful of other new players and alts, for 120 levels.

This is where FFXIV made a really great decision. While the zones themselves might be sparely populated, the dungeons remain relevant forever. So yes, FFXIV makes you play through 80 levels of content, but that content is A) all tied to a main story and B) not dead.

FFXIV strives hard for “journey over destination”. WoW ended up being ‘race to endgame’ (I’m not entirely sure that was their intent/design, but how it ended up).

While the zones themselves might be sparely populated, the dungeons remain relevant forever.

FFXIV strives hard for “journey over destination”. WoW ended up being ‘race to endgame’ (I’m not entirely sure that was their intent/design, but how it ended up).

This is an accurate statement. Also, because you can level all jobs to max level, you are your own alt.

Might need someone else to confirm, but I think generally the answer is ‘no’. You get scaled back to an appropriate level (ie., if you run a level 20 dungeon, you have the skill set you had at level 20). The reason this isn’t a big deal though is that all dungeons are in the “Dailies” rotation list, and it is worthwhile to do daily dungeons regardless of level. So even though you’re in a level 20 dungeon and there may not be a ton of level 20 players around, the actual pool for groups is everyone on the server.

Yes, you’ll still wait for 15min or so as a DPS but you WILL get a group.

Anyone else enjoying the new raid bosses? Painsmith was a lot of fun on Normal but haven’t tried Heroic mode yet. I might be biased as I didn’t get stuck with chains at all so probably got lucky. Haven’t run into one yet that I really dislike, like the Council fight in Nathria (though the dancing intermission was a nice touch) or Sludgefist with the annoying chain mechanic.

I won’t see these bosses outside of LFR until Neall restarts his Fun Runs.

We don’t have a guild, but my wife and I had our first run at LFR last night.

The first three didn’t seem too bad compares to the first wing of Nathria. Having Anima powers is pretty fun.

Keep in mind that HRose predicted that WoW was dying more than 10 years ago in his blog.

Even if it’s supposed to be funny, can you please avoid lying on my count?

WoW is not dying and I’ve been its strong supporter since beta (and there’s a thread where I say I was enjoying the game just a few months ago). A few posts above it’s still me saying WoW is technically superior to FF14, so there’s no reason why WoW couldn’t dominate for another 10 years. Because it’s still strong and there’s no reason, even in 2021, to call for its death.

The reason of its slow decline, that is far from a “death”, is due to poor direction, that still cannot erode fast enough the strong foundation the game was built on (and also the primary reason why WoW Classic does so well, since it cannot be all nostalgia).

This is a double-edged sword. I am mostly focusing on MSQ and Job quests and I am like 10 levels above the MSQ. Also, I don’t unlock expansion quests until I’ve completed the previous story. I keep thinking “oh, I’m level 37, I unlock the next expansion in 13 levels” but that is so, so wrong.

There’s a way to manually fix it, if you want. I went through the main game always at the correct level, I simply switched classes wherever needed. You get past the right level, you switch to a class you left behind, and keep catching up. I kept two classes in sync through all the main game.

(the minor caveat is that you cannot use the main quest to catch-up, since the main quest has hardcoded lower level limit. So for example you are level 18, doing a level 18 MQ, you might want to switch to your level 17 healer to catch up, but you cannot complete the quest, because it requires at least 18. What you CAN do, though, is grabbing or completing quests with the proper level, AND then doing the killing with your lower level class. As long you accept and deliver quests at the proper level, you can do the actual tasks within the quest while playing an under-leveled class. So this also helps for catching up.)

It was also a boon in dungeons. I was using DPS doing quests, and then switch to healer whenever I had to hit a dungeon since queues are much shorter for healers and much longer for DPS. And since in dungeons you get tons of experience, you never over-level because everything else outside dungeons you do with a different class.

And in the case you are a completist and ALSO want to do side quests and everything at the proper level (I’ve also done almost all the side quests, never over leveled), you can use more than two classes.

It’s quite great because I needed two for the main game, and then Heavensward lets you unlock new classes right at the cap. So you never really have to grind anything. If you brought two classes in sync at the cap, then Heavensward unlocks another two (if I remember correctly?) now you have four, ready to go. That means every level you have four level-pools worth of content to do before overleveling.

(there’s TONS of content that unlocks between main game and Heavensward, so if you start playing all the stuff, and then go to Heavensward, you’d be already at least halfway to the new level cap before you even begin the expansion. And that’s why you can use the side-classes to expand that content horizontally as far as you want without the risk of overleveling)

And it makes the game also more fun because switching classes keeps it fresher in gameplay.

(I played the game once up to level 35, being constantly massively overleveled, and it was SHIT. So when I restarted some time later I planned everything to never overlevel even a minor quest again)

P.S.
The side quests, contrary to what most people say, integrate well into the story and are part of it. Even the FLAVOR dialogues you get outside the quests, by simply clicking on named NPCs provide interesting information. 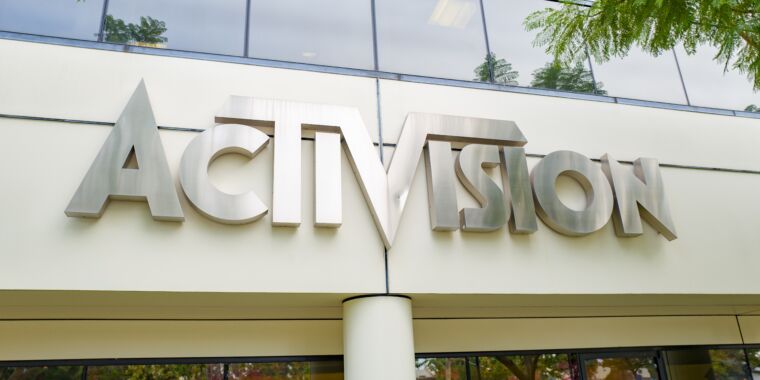 At least FFXIV is good, and New World seems to be attracting an audience.

The first five bosses aren’t bad at all on Normal. Then there’s a mechanics check at Painsmith, which isn’t bad once you know what to do and you’ve seen it in action. The added traps mechanic in Heroic PS has caused my group some trouble but I think we’ll get past him this weekend with some reps.

I’m not really playing WoW right now, but 9.1.5 dropped today. It fixes a lot of the annoying shit that testers raised in back in beta but were, of course, ignored. Anything to make players waste time.

Did they? I resubbed for 60 days and haven’t stopped playing classic. And this server (Pagle) is dead. No trade chat in Org, no barrens chat, no requests to join guilds. Good thing I like soloing.

9.2 patch release date finally announced as 2/22, which seems like awful timing for some of us since Elden Ring comes out a few days later. Really looking forward to the new raid after such a long time with Sanctum though!

Anyone playing the new 9.2 patch? I took several months off from WoW but am back to join my guildies for the new raid content. I was actually hoping 9.2 would have been delayed longer so I spend more time with other games like Lost Ark, but WoW is back and here I am.

My guild is starting up the new raid today, so hopefully that goes well. We’re a pretty small guild and have been completing AOTC, but this time we’re aiming to get some Mythic progression done if we can keep enough consistent players around.

The new Zereth Mortis zone is not too bad. At least it is larger than Korthia and not basically a big dirt hill like Korthia pretty much was. I like that we aren’t obligated to grind too much each day this time, but then the downside is that you feel like there’s not much to do after doing the world quests and dailies and killing some rares.

The Shadowlands dungeons are getting a bit old, but I like running dungeons and M+ is still fun with friends. We’ll see how Tazavesh goes, since I’m not great with that teleporter puzzle fight, haha.

Next expansion reveal is April 19.

I am tempted to play to finish off the expansion and level some alts.

They seem to be gifting everyone Shadowlands for free. I was playing D3 and noticed I had gifts waiting.

Not that this entices me to get back into WoW much, but it’s there anyway.

Yep, accounts that purchased any past expansion can get free Shadowlands and level 50 boost. 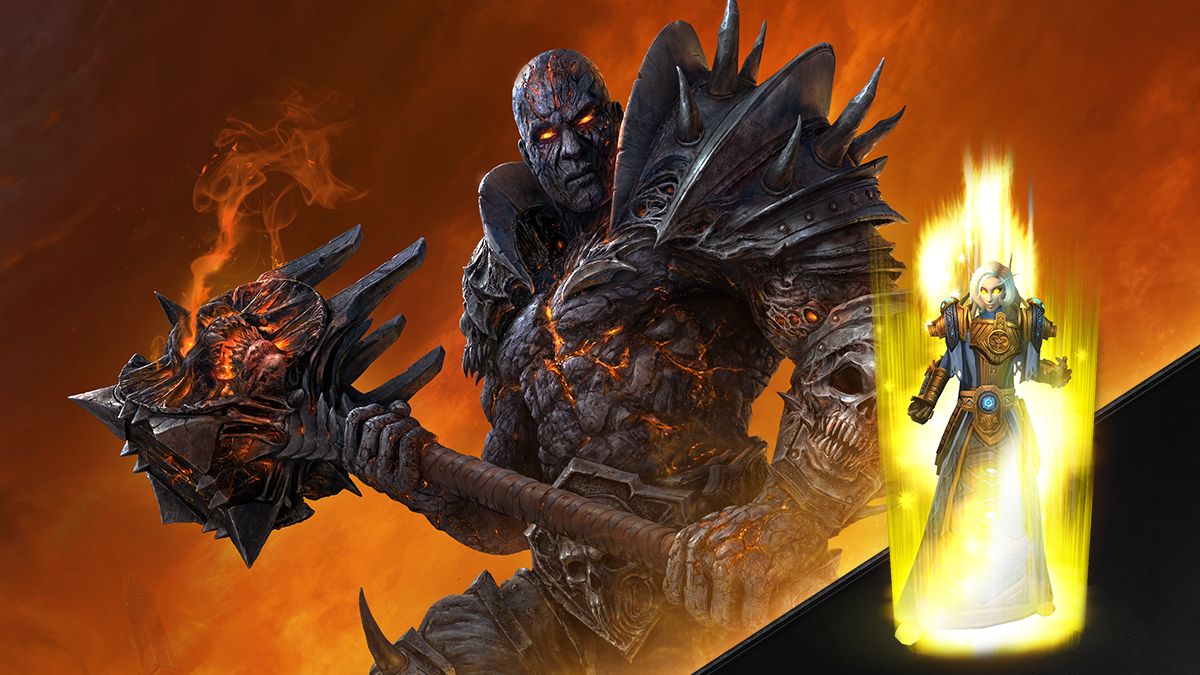 Return to WoW and Get Shadowlands Free Through September 5th

From now until September 5, 2022, you can claim your free copy of the Shadowlands Base Edition, along with a Level 50 Character Boost through the Battle.net Desktop App!

It does entice me, at least slightly. Not enough to resub at the moment though. Instead, I’ll likely wait until Dragonflight is out, pay full price for it, play 2months and stop again. Genius!

Thanks for the heads-up though!