The Xbox app itself has been glitchy lately for me, although for me it’s mostly hanging about half the time. Resolves itself with reset so I’m only mildly worried? As a workaround, I discovered that you can install and run things from the MS Store app - but just be careful, there are of course plenty of non GamePass things in there and buttons for buying things so make sure it’s an install button.

I get the same error message with the Xbox app and the store.

I know there’s tons of other game pass releases we’re in the middle of right now, but Project Wingman showed up in the Game Pass PC app. Has anyone heard of this before?

Project Wingman is a combat flight action game with an emphasis on polished and refined gameplay, true-to-its-roots inspirations, and an engaging single player experience. Perfect for those who aren’t looking for a simulator experience, with the ease of pick up and play, all the way to those who want a fast-paced challenging flight action game.

Dogfight, strike, and fly through combat zones based off an alternate history of Earth. Either over the cold waters of the Bering Strait, attacking tanks in the brutal environments of Yellowstone magma fields, or diving through the Redwoods to strike targets of opportunity in the Pacific Northwest, across the oceans, above the scarred lands of the world, this war will take you from exotic battlefield to exotic battlefield, all while going up against odds way above your pay grade.

This sounds like a indie version of Ace Combat right?

I have it but haven’t played much. It does have a very good set of reviews though. I need to get back to it but it was slightly less arcadey than I wanted at the time I tried it. It was asking me to think about how to fly and shit. Now I don’t expect it’s a real sim by any means but it was just more than my brain wanted to deal with at the time.

Pretty sure @BrianRubin loved it. Thanks for reminding me it was showing up here. Gonna download it now.

Yeah Project Wingman is a barrel of fun.

Yeah Project Wingman is a barrel of fun.

Yeah Project Wingman is a barrel (roll) of fun.

I had never heard much positive buzz anywhere about Blinx The Time Sweeper when it first came out. It was only years later that I read some Qt3 players praise the game. Is that something that holds up today? Or was it a fun game for its time and best let alone?

It was a decent game among the first Xbox generation of tried-too-hard stinkers like Azurik. Vexx (not an XB exclusive) was also a notable ugly mascot game by Acclaim of the time.

I don’t believe I ever played Blinx so I may as well give it a try. Crimson Skies is a lot of fun though, even without multiplayer.

This is great - a beautiful, short, unusual puzzle game, I played it through a couple of times on iOS. Definitely worth checking out.

Oh nice, my wife and I just played through Her Story and I was thinking of buying Telling Lies.

This looks really cool visually. Hopefully the gameplay will involve the music somehow, since I love music games. 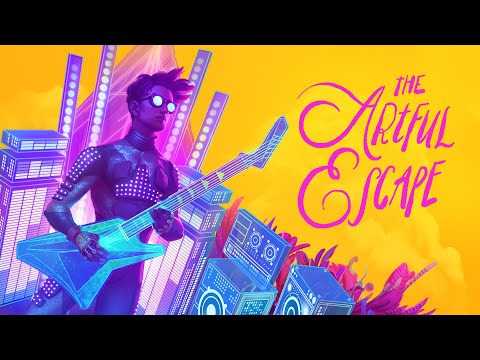 Anyone play Last Stop or Raji ? Both recently added.

I see Omno and The Ascent also, I am so behind on even keeping up with what is coming to game pass, lol.

Oh, Omno looks very nice. I will have to give it a try.