No idea how you hear anything. Even running Gears 5 there’s not much air coming from the vent and zero noise.

Also, I gotta say again, folks really need to get into Forza horizon. It plays so good on the XSX.

With some trepidation I did try to play a DVD and then a Blu-Ray on it (I had to return my original Xbox One with Blu-Ray drive problems and I heard some Series X|S have similar issues). It makes pretty typical Blu-Ray noises with a disc in the drive. You can hear something is moving around in there when you stick the disc in or when it’s switching to the title’s Root Menu, or when there’s a disc in the drive and you turn the console on. But I couldn’t hear it at all while the movie was playing. So I’m assuming this is all normal.

Heh, supposedly some disc drives are bad, but i don’t know if I’m ever going to know if mine is, as i doubt I’ll ever insert a physical disc.

Here’s a good video showing a comparison of Forza on the one X vs the XSX. 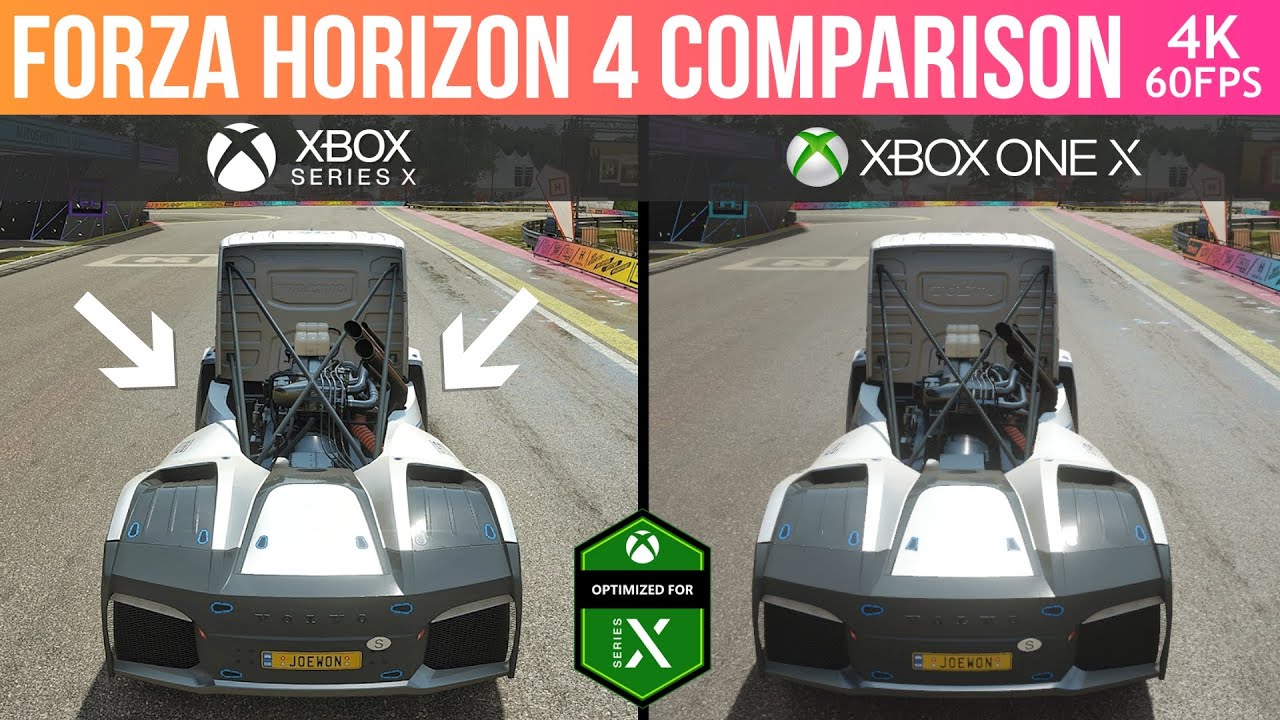 Regarding cost reductions, I would suggest that anything people from Microsoft are saying today is based on them preventing people from sitting on the fence waiting for the lower price.

Microsoft and Sony will stay in price parity throughout the cycle no matter what the actual build costs are. When Sony reduces the PS5 price to $399 then $299 Microsoft will 100% follow suit.

Forza is way better and way more fun than Playstation exclusive racing games. I miss that.

I’ve never really played Forza, and apparently you have to actually bid on cars at an auction, and i was actually in a bidding war with someone at the same time as me. I picked up an RX-7 super, RX-8, MX-5 and some old Porche. The RX-7 super kind of blows the Porche away ^^. It doesn’t really have that rotary whine though. I miss my RX-8, i don’t know why i sold it.

Oh, and i think i’ve found a scenario where i can tell 120 fps from 60 fps. I mean, if you take a screenshot of Dirt 5 at 120fps on the Series S, sure, it looks like crap, but in reality you’re going so fast that it’s not as bad as people make out - i mean, it is a terrible dynamic resolution, like it drops to 720p or below, but it is pretty buttery smooth. But really all i see are walls and cars and everything else is just a blur.

I haven’t played forza since the 360, but now I’m back into upgrading cars and i forgot how fun it was to tweak them.

It’s not just trying to mislead people so they will buy now. Their are legitimate cost/manufacturing realties today that aren’t the same as it was when they were making the 360. That’s why they built the Series S.

Man I have a conundrum here. I tried logging onto Battlefield V on the One one morning months ago and it said my EA Account was invalid. No idea I even had an EA account. So I contact them and they say it’s been suspended for some reason. Now none of EA games work multiplayer. Battlefront 2 is broken as well.

They won’t unsuspend it because my XBox ID is tied to my old yahoo email address I havent logged into for 10 years now. Microsoft will let me change the contact info on my account but not that yahoo email.

So effectively I’ve been banned from EA products on XBox forever. This has made it so I just can’t buy EA products at all. For instance was gonna pick up Squadrons today but I can’t. It’s made me have to abandon Microsoft completely and I intend to switch to PS5 next gen… feels like they are forcing me.

So EA has ruined Microsoft/Xbox for me. Kinda crappy. I wonder what MS thinks about this. I’ve been a loyal customer since the original Xbox and now one of their partners made me abandon them.

Also opened my eyes to how DRM can screw you royally.

You can make a second Xbox account and use that. Both will have access to everything you own on your primary Xbox.

My brother-in-law did get an Xbox Series S after all.

Someone remind me, are the Xbox Series S/X controllers significantly different from the Xbox One controllers?

He has several Xbox One controllers already, trying to determine if it would be a meaningful gift to get him another Series controller, or if it’s basically not an upgrade from the One.

No, they’re very close and the old controllers will work fine. Obviously the console does come with one new gamepad.

This does not apply to the PS5.

Mine can’t play blu rays properly. I pop in the disc and the video will stutter at time and the screen goes completely black for a few seconds at a time. Very weird. I haven’t tried any other video apps on it yet.

I still have the old Xbox One plugged so I used that to watch a movie last night. Kind of frustrating.

UPDATE: Also applies to 4k games. My son was playing Fortnite and the same black screen stuttering was happening.

Just make sure that he uses Settings>Devices to make sure the gamepads are up to date on firmware. You can update through the settings menu if you need to.

The differences between Xbox One and Xbox Series controllers is minimal. They tweaked the sizes just a tad on the bumpers to improve ergo for smaller hands. The texture is a bit different on the bottom. The D-pad is more of the Elite Style controller. And there’s a Share button, which isn’t critical. But everything is compatible. I can take my gamepad keyboard and pop it in, fine.

Mine can’t play blu rays properly. I pop in the disc and the video will stutter at time and the screen goes completely black for a few seconds at a time. Very weird. I haven’t tried any other video apps on it yet.

I still have the old Xbox One plugged so I used that to watch a movie last night. Kind of frustrating.

UPDATE: Also applies to 4k games. My son was playing Fortnite and the same black screen stuttering was happening.

I’ve had my screen go black on me twice today. Unplugging and re-plugging the HDMI cable fixed it. My thought is that my heavy duty HDMI 2.1 cable is working itself loose.

The other possibility is something is borderline unable to handle the signal. If you lose picture when a cut happens that’s often a sign of this.

I honestly thought the last thing fixed it, until I tried to watch Prime Video last night and the screen flicker happened again.

Very frustrating, especially considering how this Xbox doesn’t have any games yet. Why not just keep using the old one, which works perfectly, and get a refund on this one?