Oh yeah, it’s been a mid-March preorder since I posted last night. Given the timeframe and general availability of this gen so far I considered that “available”.

Yes, correct. Stock is not indicative while supply is severely constrained.

It remains to be seen whether Series S will be successful but in terms of power it seems like developers are already getting the hang of it only a few months in.

There was a story earlier this week where Outriders purportedly ran on Series S at only 1080p and 30fps, but it looks like that was an error in the data they shared:

Our broadcast yesterday mistakenly listed an incorrect Xbox Series S output resolution and fps for Outriders. The correct and intended output is: Xbox Series S at 4k and 60fps. Original source and other platform information can be found here: youtu.be/npqp5T5vi7c?t=… https://t.co/SsfzhHVmhC 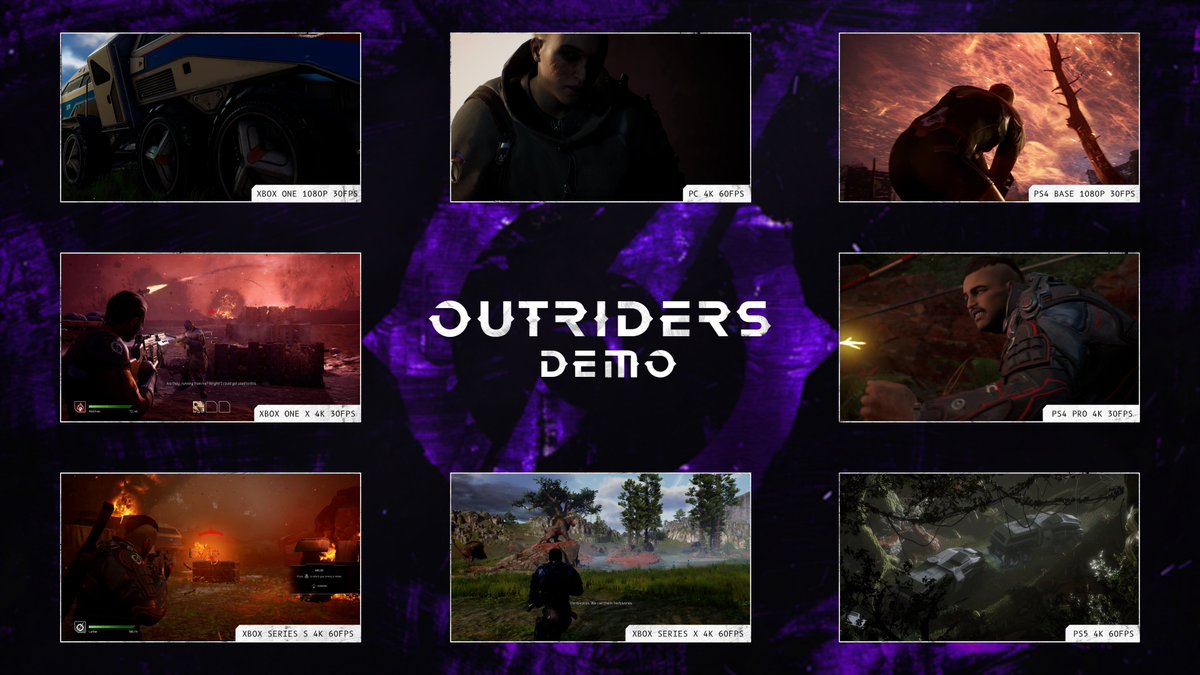 It’s a powerful little device. Microsoft just needs to be sure to work with developers and/or on the dev tools to let them take advantage of the power without disrupting their workflows.

Considering that we’re in a global pandemic and developers need to ship on like 100 different platforms between PCs and all the console variants, I’m not surprised if some of the initial showings on Series S left a bit to be desired.

Honestly, I can see the series S as being something useful for my Dad. He likes playing games now, and he doesn’t have any need for a 4k TV, and likely wouldn’t really notice drops to 30fps.

It’s basically a half way upgrade to an XBox one to a Series X.

I would definitely not consider getting one for myself, but I suspect there’s a market for it.

Honestly if it wasn’t for the small Harddrive I probably would have bought an S instead of the X I purchased. We have a 1080p TV hooked up to the X now and I don’t see us upgrading to a 4K TV for a while. If I’m being honest, I’ve watched a lot of the digital foundry videos comparing the S & X and I really don’t notice a huge difference in 4K and 1440p. I mean I see the differences when they do stills or slow down video, but it doesn’t seem super noticeable when playing in real time. I may still end up getting an S to hook up to our tv and move my X to my office so I can connect it to my 4k monitor.

The S usually isn’t 1440p, it’s 1080p, and often only 30fps. Also it uses the XboneS version for backwards compatibility so it’s missing performance/quality modes, higher resolution textures, etc, except where Microsoft or the studio offers an XSS|X patch. And in most but not all games it doesn’t do raytracing.

The storage is another major problem with games well >100GB these days but if it lived up to “XSX, but at 1080p” that would be acceptable IMO.

I agree many of these issues could be solved once true next-gen games come out. Or they may not be. Who knows? As a backwards-compatibility machine it kinda sucks.

I agree many of these issues could be solved once true next-gen games come out. Or they may not be. Who knows?

Well, you are the one making the pre-emptive “It failed” pronouncements.

There really isn’t much in the “next gen” game lineup yet that has me wanting to buy into the new system, but I am tempted to get an XSS just for better performance of last gen games.

I expected my Xbox One X to be a big improvement over the standard Xbox One, and sure, some games performed better, but even then I experienced slowdown or low framerates. Especially in games released the last few years like Control, Jedi: Fallen Order, Hellblade, Nier: Automata and others.

So I am totally contemplating getting the XSS for that and then getting an XSX a couple of years later when there are more games for it, and it’s a little cheaper.

Stusser was pretty specific that it failed at being “The same, but 1080p”. He’s not wrong. He’s not saying it’s a commercial failure or that it’s doomed to be, or measuring it against other criteria.

See above, that’s exactly what we were debating with him, not whether or not it was a commercial success. He finally admitted that yes, it could change, maybe it would succeed at being the same but 1080p once more next gen games come out.

Yes. And he did. And we were fine. Until you chimed in.

It is a failure in that regard.

So far, but there are some indications that developers are understanding the tradeoffs better lately.

No, everything is not okay. There are so many emails right now. So many. I am le tired.

Honestly, I can see the series S as being something useful for my Dad. He likes playing games now, and he doesn’t have any need for a 4k TV, and likely wouldn’t really notice drops to 30fps.

It’s basically a half way upgrade to an XBox one to a Series X.

I would definitely not consider getting one for myself, but I suspect there’s a market for it.

Yup this is what I got one for, except it was for my girlfriend rather than my Dad. It’s perfect for her, she plays on a 40 something inch 1080p TV in my office and thinks it’s the bee’s knees.

She’s playing the Witcher 3 right now, the loading times are way better than when she was playing it on the ps4 so already it’s a huge improvement for her. She’s not really sensitive to frame rates or higher resolutions and the like, she just finds games she likes and plays away happily. I also have a game pass sub, so she’s got soooo many games to play. All in all she’s really happy with it.

It’s not for everyone of course, I would never get one for myself, but for someone like her it’s absolutely perfect. Also cheaper and easier to find than the X.

Got my XSX, got Game Pass until Feb 25th 2024, played some Medium, enjoyed it greatly until an invincible monster chase sequence then quit in disgust, now I’m downloading several hundred gigs of other stuff. Good experience overall, can’t beat $520 for the console and 3 years of game pass.

Figured I’d try to pick one up today - was ready for the Walmart sale, and then they ONLY released it with the “All Access” payment plan - requiring signing up for their credit program. F-U Walmart.

Though you picked a day with the first major Live outage I’ve experienced in a long time. 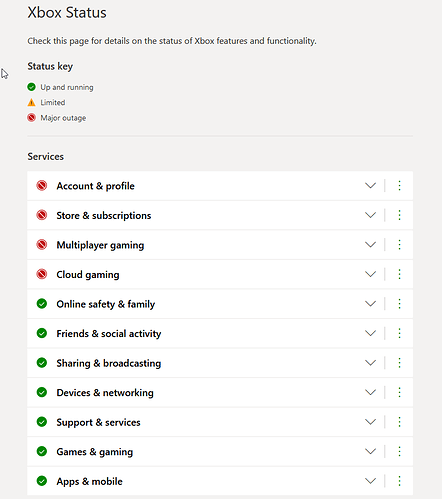 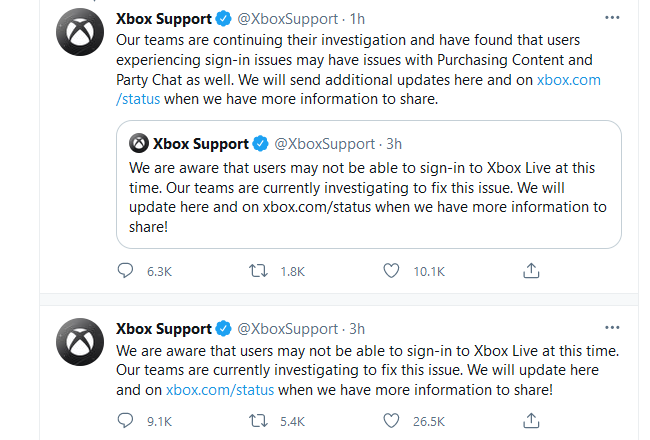 Come on Microsoft, get on the ball.

I’m not chatting with anybody and I didn’t purchase anything, it’s all game pass stuff, so I didn’t even notice. Had no problems signing in.

That All Access payment plan is a terrible deal, since you can get 3 years of game pass for $151 by converting XBL gold.