RE: holes in the BC library, the inability to get a great deal of games added to the list, whether due to licensing issues or publisher disinterest (particularly with Japanese games), is why I’ll have to keep an Xbox 360 forever to play half my physical library. It’s a shame, because Cave getting their stuff added to the BC library would probably be enough for me to upgrade to a Series X on the spot.

Yep, I still have a 360, ostensibly so I can go back and play some stuff like Alpha Protocol that never hit BC.

That said, the experience to start a game, and go between levels, feels like going back to a VIC 20 with a tape drive after the loading speeds of the Series X. So we’ll see if ever actually DO finish these games.

Yeah, going from the Xbox One to the 360 wasn’t a big deal. Going from Series X to the XB1 or 360 feels like an enormous burden at this point. It just feels so slow.

It gets even more complicated if there are licensed music tracks. Those contracts never imagined anything like BC.

I remember hearing, “in the '90s, the idea of playing a video game through the internet on a cell phone was maybe in science fiction books and not a legal consideration.”

Dolby Atmos and Dolby Vision “will remain exclusive to the Xbox ecosystem for 2 years,” according to Microsoft’s Xbox France team news.xbox.com/fr-fr/2021/05/… https://t.co/qTgZGNafwh 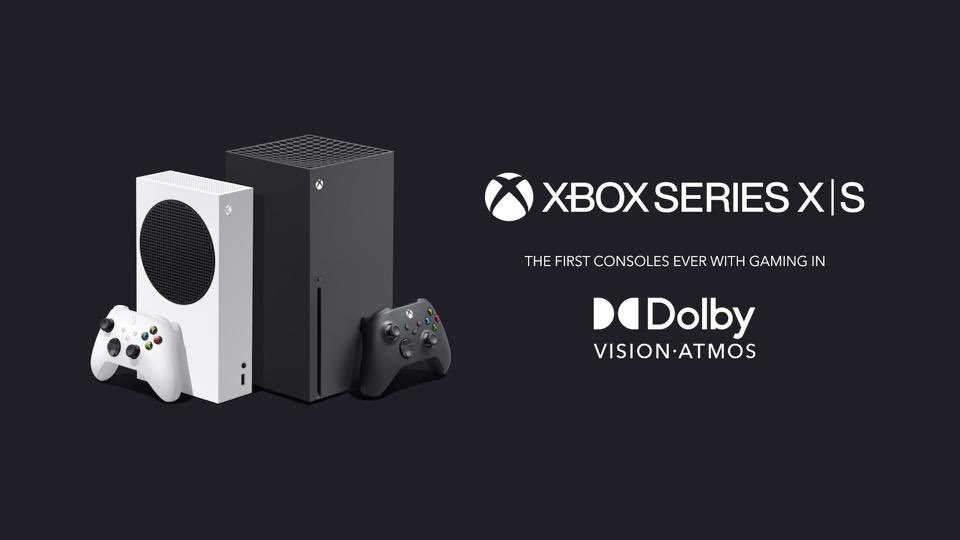 Given how much lag Atmos adds on my equipment, not sure it’s a huge loss. I couldn’t even use media apps with Atmos on until they added pass-through in the latest update, the audio lag was so bad.

It’s horrible on my LG soundbar. Not as bad on the Denon receiver upstairs, but still noticeable.

I really hope they solve this. It’s never fun when multiple manufacturers are involved in the pipeline.

Tell Me Why is currently free to own, go to the link and grab a copy. It’s on Game Pass, but if you’re not a subscriber or just want a copy of your own, here’s your chance -

Get Tell Me Why: Chapters 1-3 - Microsoft Store

Chapter 1 now FREE! Tell Me Why is the multi-award winning episodic adventure game from Dontnod Entertainment in which twins use their supernatural bond to discover the truth of their troubled past.

"A blog post was mistakenly published by a local Xbox team that included inaccurate information regarding exclusivity of Dolby Atmos and Dolby Vision on Xbox Series X|S. There is no exclusivity agreement of either tech on Xbox," says Microsoft.
Timex June 1, 2021, 7:53pm #4529

I may be totally dumb here, but isn’t it better for me, as someone who has Dolby Atmos, for it to be used by everyone? So that more devs then make games that leverage it?

Seems like making such a thing exclusive to a particular console would actually be worse for customers of that platform…but again, I may just be too naive to understand what’s going on.

In fairness, I have a license to Atmos on my XBox, which I got for like $8, and I barely even understand what it’s doing. The idea that I had to buy the license and decide that kind of thing as an end user was super weird to me.

Yes of course it shouldn’t be exclusive to one console. And it isn’t, that rumor was wrong.

It wasn’t exactly a rumor, it was from an official Xbox site, but yes it was wrong.

Microsoft has nothing to do with it.

Finally was able to secure an xbox. Slightly less painful than a gpu or plywood.

Heads up, looks like a pretty big sale is coming Friday. Games, hardware, all that stuff.

Xbox’s Deals Unlocked is ready to make your Summer with Xbox the best yet! From epic exclusive games, gaming PCs, and accessories, Deals Unlocked delivers the biggest entertainment franchises right to your home and you can save up to 75% on...

Yeah I saw some rumors bubbling up. Might be announcing some new acquisitions this Sunday.

Another Game Fest demo-palooza is coming next week:

Our Second Summer Game Fest Demo Event Coming June 15 to an Xbox Near You -...