Announced at today’s Nintendo Direct. No real details yet, but there’s hints at unifying XC1 and XC2.

Yasunori Mitsuda returns on the soundtrack. 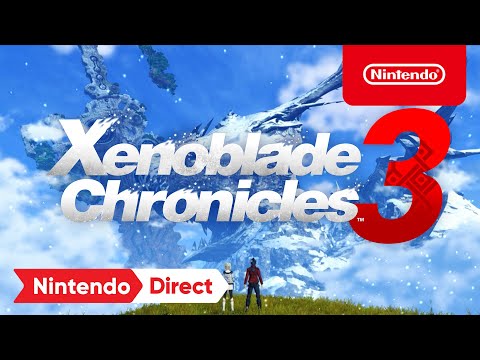 What the trailer does make clear is this is going to be a very flute-heavy game. Confirmed by the director.

An introduction to Xenoblade Chronicles 3 from Executive Director Tetsuya...

The music in this game maintains the unique Xenoblade Chronicles touch while also taking on a new challenge, namely that of integrating a flute-based melody as its motif. The flute is actually one of the key themes in this game. A variety of other elements and themes are hidden in the trailer andwe’ll be revealing the details a bit at a time going forward.

I’m excited! This series is an insta-buy for me and that trailer doesn’t do anything to make me think this one won’t be too.

I’m going to need to pick up and play XC2 to get up to speed for this.

I’m still holding out hope that they will figure out a way to bring XCX over.

I’m excited! This series is an insta-buy for me and that trailer doesn’t do anything to make me think this one won’t be too.

Same! Suddeny I have a new most anticipated game of the year.

But I still want that XCX port as well! :)

Nice! I Really enjoyed my time with both previous switch Xenoblade games.

No gameplay shown, so this is probably still a ways out - 2023 release?

Nice! I Really enjoyed my time with both previous switch Xenoblade games.

No gameplay shown, so this is probably still a ways out - 2023 release?

I missed that - nice!

The character designs are gratefully depervified this time.

I’ve never played a Xenoblade game. Are they series installments or standalone games?

As I understand it, they’re all a part of the same canon, going all the way back to the Xenogears games on Playstation. But story- and character-wise, they are all fully separate games.

The character designs are gratefully depervified this time

By the same character designer though, and the cat-people are back, so I wouldn’t be surprised if some snuck through. The truly egregious designs were only limited to a handful of characters, but I think we’re probably still in standard anime fanservice territory.

(Edit: I think a bunch of blades were done by guest character designers? So the worst of those probably won’t be back)

I’ve never played a Xenoblade game. Are they series installments or standalone games?

The Xenoblades are all independent stories. XC2 ret-conned a connection to XC1, but in a multiverse way where they’re only connected through like, an endgame final boss monologue style meta-narrative. The XC1 Switch remaster confirmed that link, so that’s the narrative that this next one is building on.

They’re loosely connected to Xenosaga and Xenogears, but only in like, the way different Final Fantasy games are linked. Theres themes, and Easter eggs, but there isn’t any direct narrative connection to those.

Having said that, they’re both excellent, and if this truly does unite them into a more explicitly connected narrative, it would probably be a good idea to play 1 and 2 before this one. They’re both on Switch, so they’d be easy to play.

Xenoblade Chronicles X is separate, and only on WiiU. People keep speculating about a Switch remaster, but Nintendo seems happy to memory hole it. Even if playing the others, you can skip that one.

XC1 is very long(which is why I’ve never actually finished it, I always run out of steam). I think XC2 was a much more reasonable length, but the back half of game was way more linear as if they ran out of time to finish more expansive environments.

XC2’s length is padded by the random blades and the fact that they all have custom side quests, so 100%-ing, or even just getting a reasonable completion rate on the ones that you pick up on the way takes forever. The core storyline might be reasonable though.

Every single player JRPG with random drops should have the TWEWY system where you can drop your level to increase your drop rate for post game completionist runs.

Nice! They had a whole direct about it, for those who’d like a look at some of the systems: 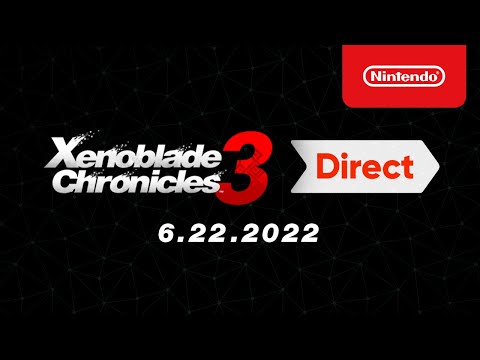 Combat looks to be deliciously complicated.

(Edit: Ah, Heroes aren’t quite party members, they’re kind of like unique blades in XC2, and the “new scenario” is probably a standalone thing like Torna the Golden Country)

It’s actually been up for pre-order in the eShop for a while now (like weeks), including a release date. The game I’m most looking forward to this year, and I’m going in as blind as I can!

I typically am not a fan of jrpg storytelling, but the first one really grabbed me. It felt genuine and wholesome in a way games rarely do.

Is that atmosphere retained throughout the series? Should i play the sequel? I’m on a budget atm so paying full price for a game is not something i typically do but i could use a nice heartfelt adventure again.

Sorry to hijack the thread.

Love the combat from 2, and seems it returns back, with even more exploration, characters to meet and cool story. Love this one.

Looks like a good mix of things from 1 and 2. And a return to the character designs from 1 without the…excesses of the last game.