I’m a little bit into Chapter 2, and I’m having a great time!

My one annoyance so far is that the game locks you into things, at a time when I’m itching for more freedom. I just unlocked the ability to change class, which is great, but I want to be able to fiddle with everyone’s Arts or switch the classes around, and I just can’t until the game tells me it’s okay.

Which thankfully isn’t that long in that case, just go to the next story objective. But I hear you. That tutorial was especially frustrating as well with forcing you to go to every character and change their class. And then their master art. And then their skill. Ridiculous.

I’ve also been frustrated with the number of paths I try to go down where the game just says “no”. XC has always been notable to me for feeling so open while still packing in all of the extensive(excessive?) JRPG story stuff. This one has felt much less open so far.

Chapter 3 is where they open up the world and let you wander around.

Ok, and I think I’m nearly there! I’m surprised the battle I just finished wasn’t the end of chapter 2.

Did anyone buy the expansion pack? I saw the extra clothes but they just seem to be different colors. Are the accessories in DLC1 really worth it?

Great game. Too bad about

Teiman was sadly taken out by Nintendo.

Am I correct in understanding that having the characters be any other class than their starting one is a net negative in terms of power level?

Each character has their class rating - how good they are supposed to be at that class. And they all have S ratings on their original class, A on one or two others, and then B through D on the rest. So I would assume that you would want them to be in their S classes for the most effectiveness, other than dipping into other classes to power up your borrowed skills and arts, right? Is it worth it to try and level up the C and D classes for their master skills? It seems like it’s not worth it, but I acknowledge that I could be missing something.

I think the rating only applies to how quickly they level up that class (at least that’s what the tutorial said). They shouldn’t be ineffective at the class unless class level is a big determinant in effectiveness.

I think the rating only applies to how quickly they level up that class (at least that’s what the tutorial said).

Ah, I must have misinterpreted the tutorial, thank you.

On Hard especially, the balance feels super tight, to where swapping out a couple of items or swapping a single Art on a character I’m not using makes the difference between me winning or losing a fight. The class stuff and borrowed art stuff feels like it can be impactful, but it’s hard to see exactly how when you aren’t playing five of the six party members, leading to some trial and error.

Still having a good time.

You will unlock additional classes that characters will have S rankings in. I just got the first one, and I assume the class system won’t really come into its own until you’ve gotten a bunch more.

The class stuff and borrowed art stuff feels like it can be impactful, but it’s hard to see exactly how when you aren’t playing five of the six party members, leading to some trial and error.

I’ve been trying to switch around which character/class I’m playing, but I’ve only found a couple that click with me so far. Obviously Swordfighter does as you’re introduced to it slowly and don’t have a choice really but to get comfortable with it. I’ve also found Medic Gunner to be enjoyable. Although, I wish the AI characters were smarter with area buffs I’ve dropped. Hey dumbass tanks who are almost dead, step two feet to your left into the regen ring. I struggle with the tank classes same as I do in an MMO. Holding aggro requires some sort of attention juggling skill that I do not possess.

I will say, I think I’d have preferred the class swapping setup more with a more traditionally sized party of 4. Trying to track what character is doing what role and what that’ll look like in the crowd is really tough with the bigger party size. I know they’ve done some work on the UI to help make the info you want clear, but it’s still tough with other things. Back to the Medic Gunner, since my attackers won’t move to the power ring on their own I have to find where they are camped and drop it near them. But that means I have to pick out which characters are the attackers, which takes some work.

All my complaining aside, I’m really enjoying this game. XC has always just worked for me in spite of the flaws that they insist on carrying over from game to game.

Chapter 3 definitely opens things up more and more. Feels like I’ll spend as much time on this chapter as the first two combined.

I do find it funny how the whole goal is to take this multi-month journey to the sword and we had to trek through this awful desert to get there and now we decide we can just quick head back to the start to help out our former colonies, no problem. Is Skip Travel a canon in-world thing or just a game mechanic? I don’t really care because I’m not here for a super consistent game, just thought it was funny.

And after 32 hours of playtime I’m finally out of Chapter 3! Anyone else still playing? How far have you gotten?

I’m at chapter 7. The class system helps keep the gameplay fresh enough and the story is working for me, but there are really too many side quests, at least half of which will end up trivial because you’ll outlevel them without trying.

As a person who must do all the side quests here, and especially will do all hero quests immediately, I know what you mean. I’m ten levels above the main story content at this point and about to start several chapter 4 side quests. Plus am about leveled enough to go back and do other content I couldn’t do before.

Still playing here as well. Just got to chapter 3 after about 11 hours. Still strong tutorial feels. The side quests pull is strong but much like the first 2 games they’re mostly pointless

I had fun laughing at dunkey’s video. Though I have no idea if this has spoilers for the people actually playing the game or not. 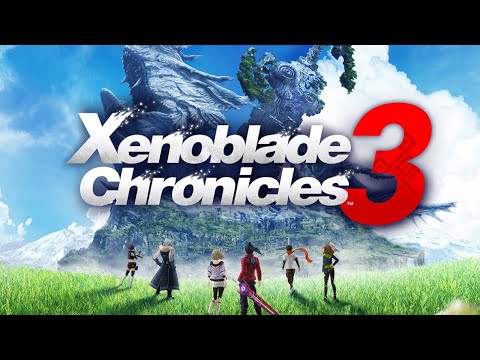 I think people would be upset if a Xenoblade came out that didn’t have dialog like that! The repeated phrases are iconic!

And yeah, there are some spoilers in there. Turning it off after 6 minutes because it’s starting to show things I haven’t seen yet.

The collectible lines irritate me as a developer too, because I know from experience that it’s about half a day’s work for a decent programmer to prevent that from getting so repetitive and annoying. They just didn’t give a damn.

Battle lines are a lot more complex because they’re giving the player information that would become muddled if there were too many different lines or if they get skipped periodically. But for callouts running around doing nothing there’s no excuse. (It’s even worse when you realize that those “rare” pickup items are almost never what you need anyway, as most things of value are locked behind monster drops)