Should i play the sequel?

XC2 is very good, but it’s rather more anime-y/JRPG-y than XC1. At its core it’s a love story though, and is carried more by the emotional bonds between the characters than by any kind of sweeping epic end of the world plot.

But I feel that it is necessary to caveat it with the fact that there’s kind of a lot of fanservicey stuff in there, which turned a lot of people off of it.

I would watch a bunch of the official trailers Nintendo put out (it seems some are available with only Japanese audio, but they do have English subtitles) and see how they sit with you. They play up the emotional stakes pretty effectively, and you’ll also get at least a taste of the character design stuff.

Wow, thank you for this post. The way @tomchick talks about them, I thought the appeal of these games was only in the mechanics, not in the characters and story. And since I don’t enjoy the real time mechanics (of the first game, at least), I always assumed I wouldn’t enjoy them.

I really enjoyed XC2 as well, but I could see why people might love 1 and be turned off by 2. Still, XC2 is completable in a more reasonable amount of time than the first game and I think that’s a point in its favor.

I tried X2 first, and really enjoyed it - I am not typically a JPRG fan, but this was actually my entry into the genre, where I can see past that everyone is a 14 year person - I recommend this game quite a bit!

Obligatory ‘where the heck is my Switch port of Xenoblade Chronicles X’! :)

the first one really grabbed me. It felt genuine and wholesome in a way games rarely do.

Is that atmosphere retained throughout the series?

No, it’s not retained in my opinion. XC1 walked a very thin line between extreme anime and a powerful setting/narrative. XC2 goes right into full anime overload and lacks the gravitas of XC1.

I dropped the second game mid play through. It felt like one of the most disappointing sequels I’ve played (because what I was looking for from the first one, personally, wasn’t there).

I’ve always meant to go back and play XC1 Definitive Edition, but I never did. Is it worth going back for with XC3 on the horizon?

Yes, provided you haven’t played the original. Xenoblade Chronicles can easily be held up among the best games of the genre all-time.

XC2 retconned some connections to XC1, and I think that the Definitive Edition back-ported those into XC1? My assumption is that 3 is going to continue that multiverse building in some way, but its mostly lore wankery and I don’t think there’s going to be any important connections.

If I recall correctly, the main feature of the third game, Xenoblade Chronicles 2, was doing goofy side quests for a whole stable of characters while the main quest withered on the vine and I lost interest. It became a game about feeding character X 100 doodlebugs while landing 100 critical hits with character Y and trying to get get character Z to level 100. Stuff like that. It basically turned into a checklist of desultory tasks for a mob of characters.

Whatever they’re cooking up for a fourth game, I’ll bet it won’t be as good as the first game and I bet I’ll play the dang thing anyway.

If I recall correctly, the main feature of the third game, Xenoblade Chronicles 2, was doing goofy side quests for a whole stable of characters while the main quest withered on the vine and I lost interest. It became a game about feeding character X 100 doodlebugs while landing 100 critical hits with character Y and trying to get get character Z to level 100. Stuff like that. It basically turned into a checklist of desultory tasks for a mob of characters.

XC2 has a mobile gacha game design complete with random drops and idle-quests, that’s deeply weird in a single player JRPG. If you pretend that like, the first 5-6 unique blades you get are all that exist in the game, it works much better. The problem is that that isn’t how people’s brains work, so if you have 20 characters with pointless checklists, people are going to assume you’re supposed to check them off. It was a poor substitute for the enormous Grid O’ Relationships in XC1.

It looks like the XC3 Heroes will split the difference there a little, and have fewer, more focused ones. Building a support crew ala Suikoden or Skies of Arcadia or whatever can feel fun rather than a chore-list, so I hope they hit that balance.

The big robot things in the trailers for this sure look like Mechonis. And the sword the primary player has sure looks like the Monado. But neither of those things were ever referred to as such. 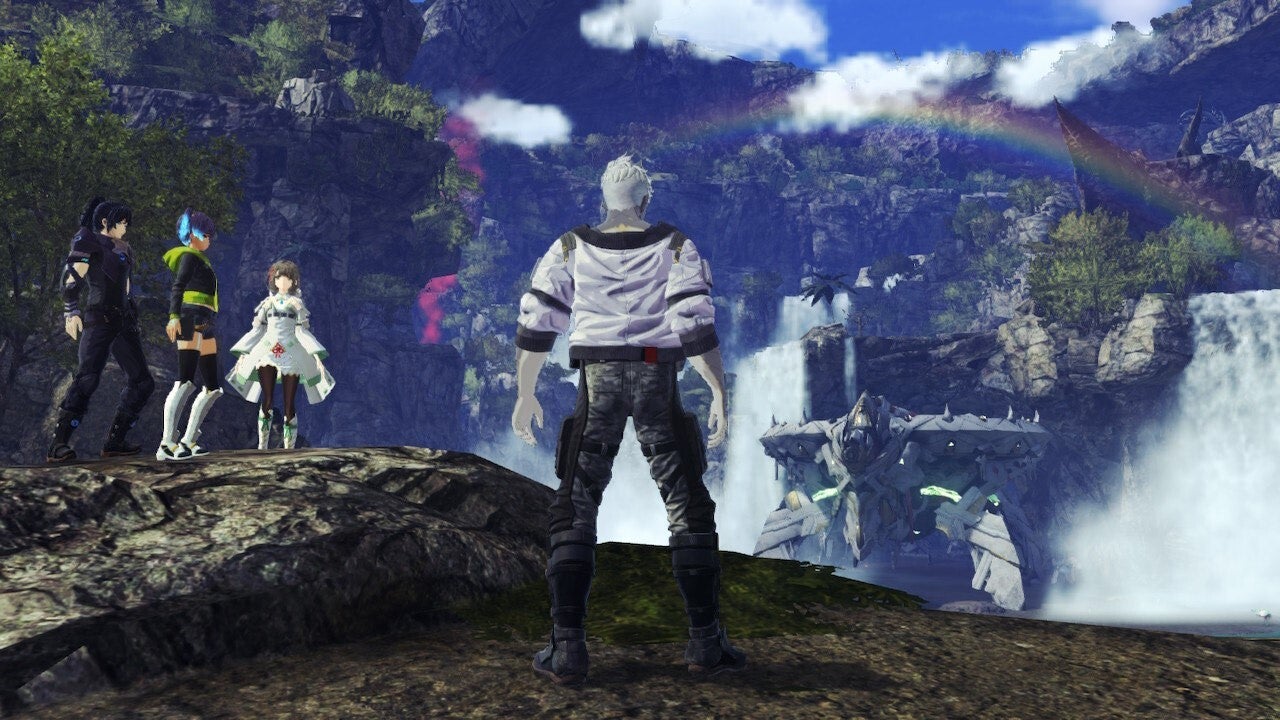 Monolith Soft closes out its loosely connected trilogy of epic RPGs with its most adaptable, malleable and high-spirited adventure yet. 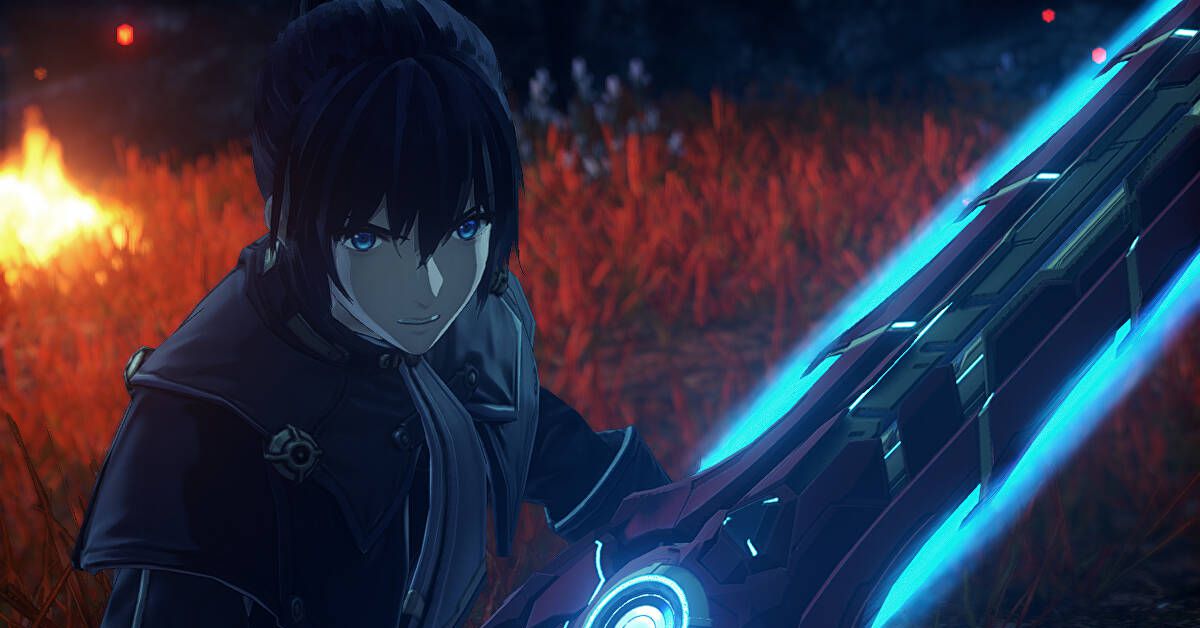 Monolith Soft has been building toward it for years

Both those reviews make it sound really awesome. I wish I could enjoy this kind of real time gameplay.

I wish I could enjoy this kind of real time gameplay.

Me too, brother. Me too.

Normally I don’t get down with video recaps, preferring text, but I found this video helpful for getting myself back up to speed on the previous two Xenoblade games. 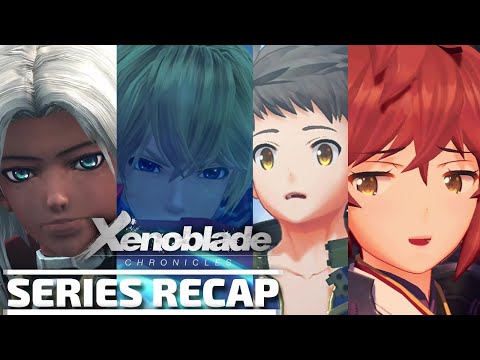 This one was also helpful, but it’s more detailed and tries to piece together the entire timeline in a unified, start-to-finish way: 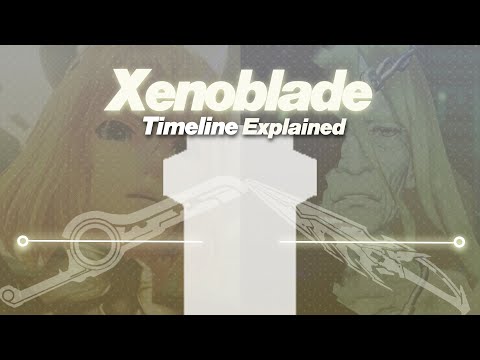 So this one doesn’t have the weird Gacha stuff in it? It’s a fun series, but I really should wait for a sale as I never finish any of them.

Correct, instead you have some special swappable additional party member who doesn’t do combat like the others, but I believe you get those from quests as you go rather than via the gacha thing.

Downloading now even though I never liked the last game….I just always have to try these. Bye bye $60