It is goodbye to Kazuma Kiryu, Goro Majima and brawling our way through the Kamurocho district of Tokyo as Yakuza begins a new era with a new main character and new style of gameplay in Yakuza 7: Like A Dragon. Welcome to Yokohama’s Isezaki Ijincho district, new lead protagonist Ichiban Kasuga and a brand-new tactical turn-based RPG battle system. Released in Japan during January, 2020 the seventh mainline installment of the series will be coming to western audiences later this year.

Fun fact, the Japanese name for the Yakuza series is Ryū ga Gotoku, which when translated into English means “Like a Dragon”. And the English byline for Yakuza 7 just happens to be Like A Dragon, bringing the series full circle in a way. 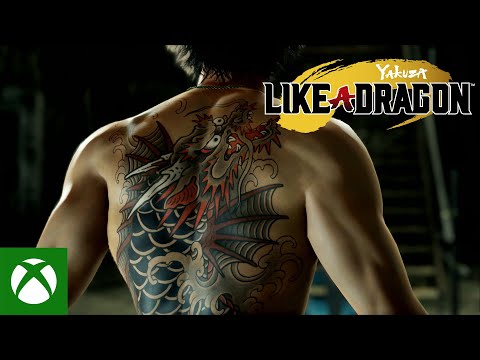 After bringing the series to the PC with Yakuza 0 to much fanfare and financial success, and then following it up with ports of Yakuza Kiwami and Yakuza Kiwami 2 – remakes of the original first two Yakuza games – SEGA and RGG Studio are finally bringing another installment of the Yakuza series to the PC (Win10/Steam). The game is confirmed to be an X-Box Series X launch title and will also be coming to X-Box One and Playstation 4 for those of you more console-minded, no word on a PS5 launch yet.

Eurogamer spent some time with the Japanese release of Yakuza 7 back when it released and the author enjoyed the new direction the series took with the seventh mainline entry. It will be interesting to see how well everyone feels about the changes. So if you have been meaning to sort through your backlog and get around to Yakuza 0, Yakuza Kiwami or Yakuza Kiwami 2 then now might be as good a time as any in the lead up to Yakuza 7: Like A Dragon. It might be a new era for the Yakuza series with a new protagonist, setting and style of gameplay but that does not rule out subtle callbacks to the older games in the side stories and mini-game activities.

That trailer certainly is awesome. I’ve never played a yakuza game. Should I try one? Which?

I can heartily recommend Yakuza 0 for anyone new to the series and interested in giving a Yakuza game a whirl. Not only is it one of the best games in the series but it is also a great introduction to the series storywise, should you find that you love the games and want to progress onto Yakuza Kiwami 1 and Kiwami 2. Usually happens to be the cheapest of the three too on PC, so even outside of sales it is typically a decent price. I’ve sunk over 80+ hours into a single playthrough of Yakuza 0 doing all the main and side content, it is ridiculous entertainment and value for money. Some of the side content with the ‘Side Stories’ is just sheer gold, haha.

No need to take just my word for it, we had a whole thread on Yakuza 0 in the past:

Yakuza 0 is amazing and you should play it Games

So I’m walking down an alley in the middle of the night minding my own business when I see this woman on the ground crying. I was all hey what’s up and she was foreign so she said a lot of words wrong but she was like bad man force me to do sexy work so I can send money home to my family but he stole my passport and now I have to get a pizza or else I can’t go back to work. I was like dude sorry to hear about the forced prostitution but I can totally help you out and she seemed pretty happy abo…


Another advantage of Yakuza 0 is that runs pretty well even on most older PC specs whilst still looking rather good, in my opinion. Kiwami 2, the remake of Yakuza 2, uses the new Dragon Engine and so requires some beefier technical specs to crank up the game’s graphics and have a constant 60 fps; the increased graphical fidelity the new Dragon Engine brought is noticeable though.
YakAttack May 8, 2020, 7:44am #4

Should I try one? Which?

Yakuza 0. And yes, you should.

Seconded. Yakuza 0 is one of the best games I’ve ever played, and the best voice acting in gaming, period. It’s amazing.

I really can’t wait for this one.

New protagonist, but they still won’t give him a proper tattoo SMH.

that does not rule out subtle callbacks to the older games in the side stories and mini-game activities.

I’m pretty sure Majima is in the trailer.

Never been interested in the series, but might be with this dramatic shift in mechanics. Have the fantastical elements been part of the series previously?

Uh, not as much as that bit where he pulls the “bat from the stone,” but I wonder if that stuff is just in the main character’s head, given his reported obsession with Dragon Quest.

It’s always been kinda weird, though.

I like a good story. Are these games playable by someone that’s rubbish at fighting games?

I like a good story. Are these games playable by someone that’s rubbish at fighting games?

They old ones are more like beat-em-ups than fighting games, and you can generally just buy healing items and grind experience to outpace any difficulty. The only issue there is that it doesn’t always clearly telegraph when a no-escape gauntlet is going to appear, so you might have to throw away a little bit of work if you get yourself into a position where you don’t have enough healing items and need to escape back to grind some more.

Or you could just do what I do and play on easy. The fighting is my least favorite part of the whole thing. For me it’s all about the ambience. When I was in Kabukicho last year (have I told this story before? if so, don’t stop me, as my grandfather always said, I’m dying to hear it again) I was walking down a street with my girlfriend when a shock of recognition hit me: I know this place! I’ve been standing on this corner, looking at this parking lot before, only not in real life but in Yakuza 0. That was kinda magical, in a small way. 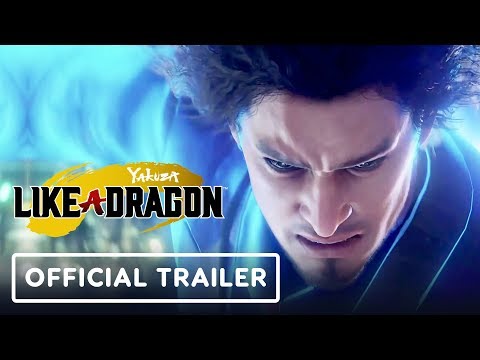 With the lack of movement grid I’m not sure what all is going on there.

I read that you don’t actually control the movement of characters but positioning still matters because attacks can hit multiple people.

What I saw of the gameplay looked that way, though I think by choosing when to engage and whom to attack, you have some influence over situations.

Better on PC or PS4?

Boughten. PS4. Is there a choice of difficulty I should be aware of?

Turn-based? Sign me up!!! (Well, if it ever comes to the Xbox). I’ve played 1, 2 and recently 0 and have always enjoyed the art design, story and general wackiness but the combat gets repetitive quickly and turns into basic button mashing (at least for me). But with turn based they can add a strategic layer and make it more RPG-like.

I only played on PC, so I can’t say for sure, but the PC port was really good for me.