A unique take on the alternative universe genre. Could be fun . . . or terrible.

Agreed; all depends on the depth, but so far it looks great.

I love the “Hey Dude” line. Just hope it’s not one of those cases where they put the funniest line in the movie in the trailer.

I’d be in it for just the premise no matter how bad the execution was, but what I saw of the trailer looked really good. (Stopped watching the trailer after Something, since I was sold already.)

I don’t love everything Danny Boyle has made, but he made Millions and so I will always give him the benefit of the doubt.

Would the Beatles really be a hit if they were to “happen” again for the first time, especially right now and not fifty years ago? I’m not so sure.

Would the Beatles really be a hit if they were to “happen” again for the first time, especially right now and not fifty years ago? I’m not so sure.

That’s a big “It depends.” For instance, in a world in this movie where Coldplay and “Fix You” has existed, then we kind of have to assume that someone else came along who wasn’t the Beatles but innovated with what we’d understand to be Beatle-esque melodies.

Because if you take the Beatles out of 1961-1963, it’s pretty hard to imagine that popular music’s path doesn’t evolve in a completely different direction, and that Buddy Holly and “rock and roll” isn’t just some interesting music footnote that lasted about 4 or 5 years in the late 1950s.

If the question is, “Would a band who created wholly original songs using western-hemisphere chording and tonality within the circle of fifths and circle of sevenths be a hit today if such a band had never existed previous to now?” The answer to that is “Yes, almost undoubtedly.”

This was really good. Much less of a romantic comedy than we feared, genuinely funny from start to end, and they never forgot about the premise of the movie but it permeates every scene.

Yeah, I have no special attachment to the Beatles (I heard more of their songs in this movie than in my entire previous life), but there’s a lot of great moments and jokes regardless. I’m sure it hits even better if you are a big fan though.

Watched it and liked it as much as the folks above did. One definitely does not need to be a Beatles fan or expert to enjoy the movie. The cast was charming, and the script had a bit more humor to it than I expected. My biggest criticism is that the plot is fairly predictable and you just know what the climax of the third act will be right from the get go.

I was kind of disappointed in this.

I haven’t seen too many Danny Boyle films, but this is the most disappointing one from the ones I’ve seen.

Man, I had no idea that Ana de Armas was in this movie as part of a love triangle but they decided to cut her out entirely because it made Jack unsympathetic. She’s incredible in this scene and she’s just reacting. 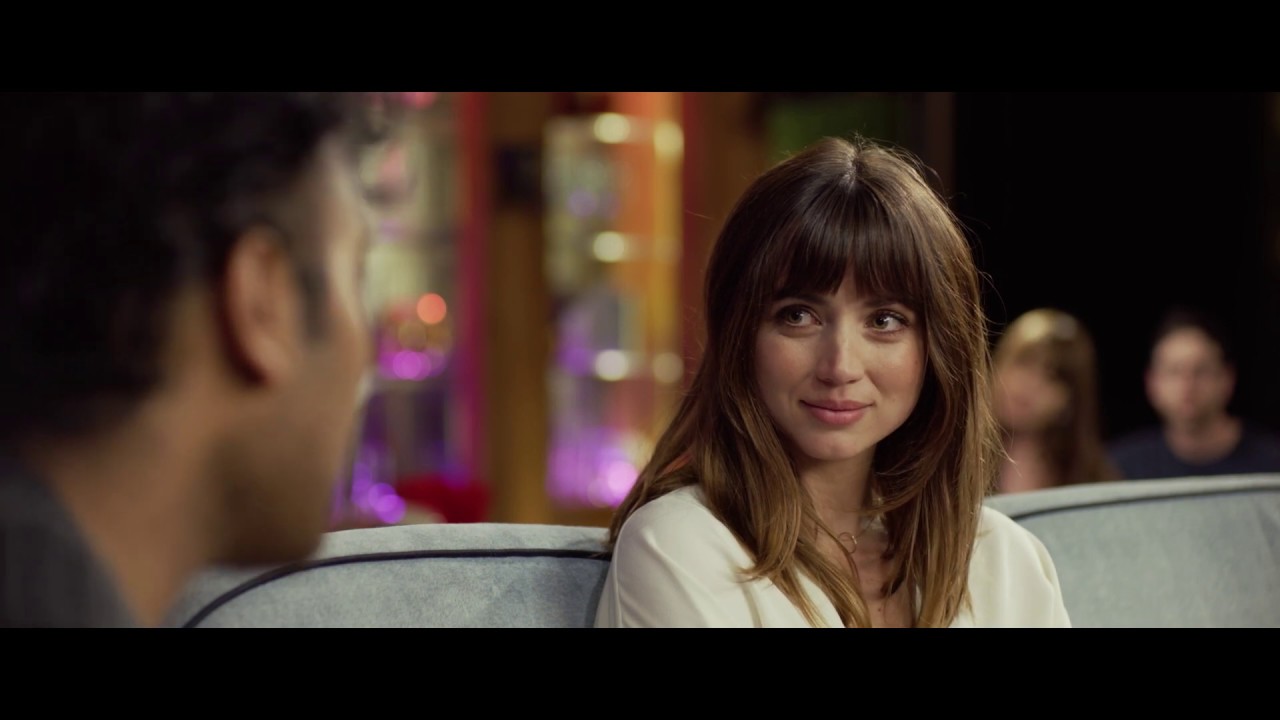 so in this alternative universe, there is no Coca-Cola, but Pepsi, no cigarettes, no Harry Potter and no Beatles but Rolling Stones. So if you piece this together, all things that are “number 1” in our world are gone… a world of second.best things. I liked the movie, mostly.

What a wasted opportunity. A story set in an alternate history without the Beatles could be really interesting, but the writers reduced the Beatles impact to a handful of songs, totally ignoring their affect on society at large, from fashion to (men’s) hair length to drug usage. Has all of that just been swept aside?

Not to mention all the bands that formed or capitalized on the Beatles success. Was there still a British invasion in the 60’s and who led the charge? Freddy & the Dreamers? Plus you could draw a pretty extensive flow chart of bands that formed in one way or another from one guy seeing A Hard Day’s Night.

There’s a really interesting and insightful movie that could be made about a world in which the Beatles never existed. Unfortunately, this ain’t it. The writers turned it into a bog-standard rom-com, and that’s a shame.

To an extent, but the Beatles/music parts were pretty good. I rewatch the Jack/Ed songwriting clip frequently on YouTube. It’s just fun thinking that such a thing could pop up and you have “The Long and Winding Road” in your pocket.

The writers turned it into a bog-standard rom-com, and that’s a shame.

It reminded me a lot of The Invention of Lying. Has a terrifically weird alternate world setup, good actors, some funny bits, some very touching bits, but overall squandered on a very basic rom-com.