Zodiac Legion: the game I spent my 7 last years on, will air its debut trailer on June 5th for the Guerrilla Collective

I was mentioning that I was working on my own game in the Dominions thread: here is what it is about:
A few years ago, I was lamenting the lack of a fantasy X-COM, so I started working on Zodiac Legion.
I am still not there yet, but we made a lot of progress towards the objective.

Our vision was to combine the geoscape of X-COM with traditional turn-based dungeon exploration with brutal melee combat, traps, and fireballs.

You play the role of the Commander of the Zodiac Order, a group of arcane knights, during a new magic age.

Here is the strategic map, where you pick your missions, and expand the reach of the order. 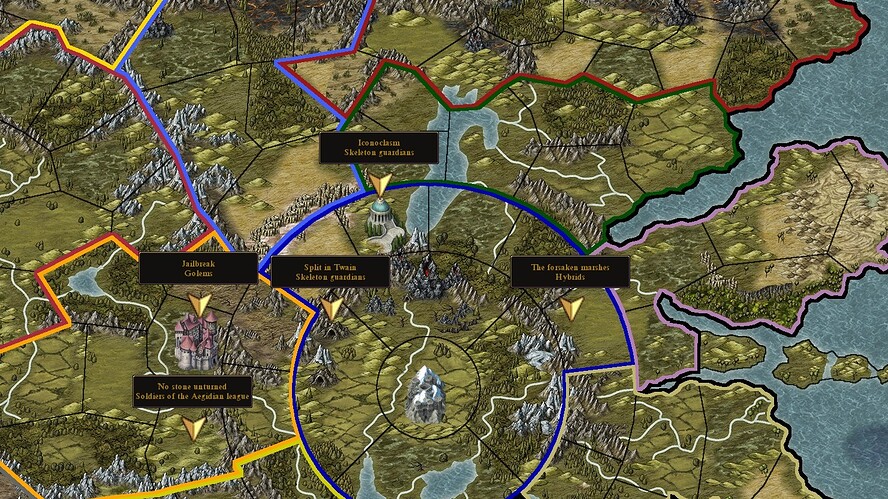 You need to recover artefacts, and research magic disciplines so that your knights may channel the power of the stars in battle. 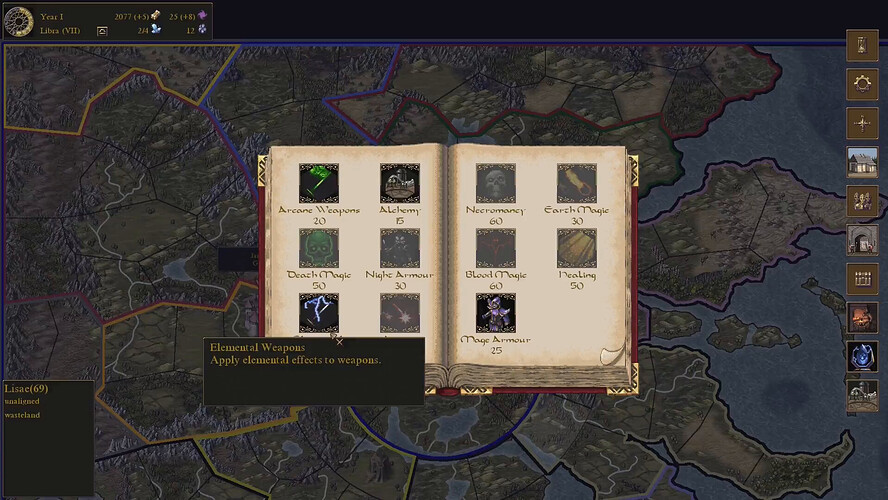 It comes with an extensive paperdolling system. 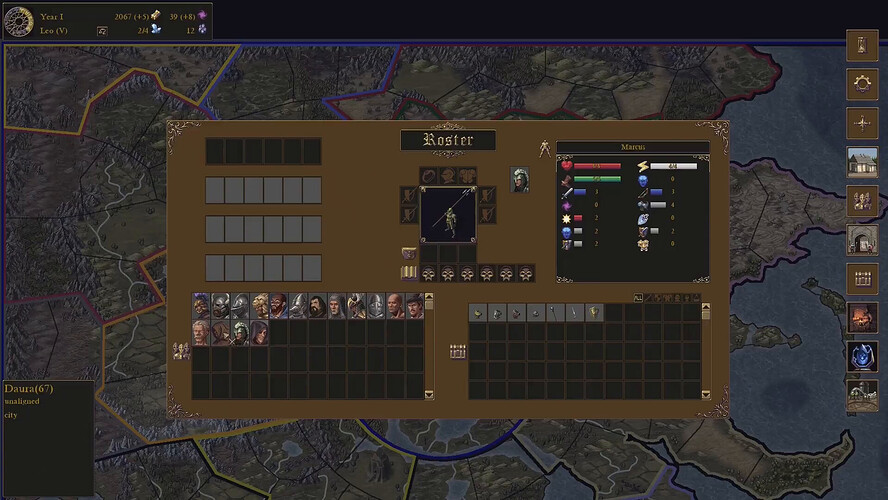 Shameless copy/pasting of what our writer/level designer wrote for the Steam page:

Zodiac Legion is a turn-based tactical RPG featuring lethal combat, squad management and strategic elements. Lead your heroes through daring raids and forgotten ruins, defend your land in a time of conquest and betrayal, and master the secrets of volatile ancient magic to restore a realm beset by the armies of undying fiendish sorcerers

Our gameplay trailer will debut with the Guerrilla Collective be up on Saturday 5th, between 6PM and 8PM CEST, before being displayed on our Steam page.
We plan to release a demo on Steam for the Autumn festival, then go to Kickstarter in late 2021, early 2022, and release the game in early access in June 2022.

Regarding the history of the development, I started working on Zodiac Legion (who was supposed to be a game about Ragnarok before it was that trendy) in 2013, when we were in Shanghai (I had followed my wife in expatriation, so I thought it was a good opportunity to start).
I thought we would be here for 5 years, and I would be done by that time, but none of it came true, and we were back in 2015 in France. I started working with our musician and our writer/level designer shortly after moving back to France. We first demoed the game in 2018. It had a mixed reaction with many players finding its UI unintuitive (seeing players at conventions send their mage in melee against opposing demons is not as fun as I thought it would be when it is your game).
But between the cost of living in Paris, and the end of my wife’s expatriation benefits, I had to take a year off, working on freelance assignments. I ended up taking a loan to stop being distracted by short-term money issues.
Then we moved to Germany on a new expat contract, and the stars started to align. The flow of the game became much better. We got a very nice preview in a French magazine.
We then got selected for the Guerrilla Collective event, and our request for subsidies was approved.

A lot of what I did was not sound at all (choosing such an ambitious project for the first game, starting without a team or a plan …), and should not be emulated. I will probably write a post-half-mortem soon, about how I could have avoided taking so much risk, but it starts to seem to go in the right direction now. At least, I feel like I have crossed the valley of despair, even though there is still a long road ahead (and a lot of geoscape features to add!).

Awesome! Looks right up my alley.

That UI would need to scale to be readable at 4k for me though. Also controller support would make it more accessible. :)

Looks great to me

Looks interesting. With any luck I’ll be around to purchase it when it hits 1.0

Consider my curiosity and interest piqued!

Thank you for the warm reception!

Awesome! Looks right up my alley.

That UI would need to scale to be readable at 4k for me though. Also controller support would make it more accessible. :)

That is a good point. Currently, only the “character level UI” (health, mana) is scaled to the currrent zoom level. I need to take care of the rest of the UI.
I test on my 4K, but it is 44 inches, so it could be hard to read on a regular one indeed.
There are 5 levels of zoom in the game, but maybe I should change the default level for 4K?
Do you prefer to see larger sprites(it also makes accurate mouse commands easier), or more of the map at once?

Your game sounds like the sort of thing I want to play! Good luck. Wishlisted and keep us posted.

/cast nuke at you 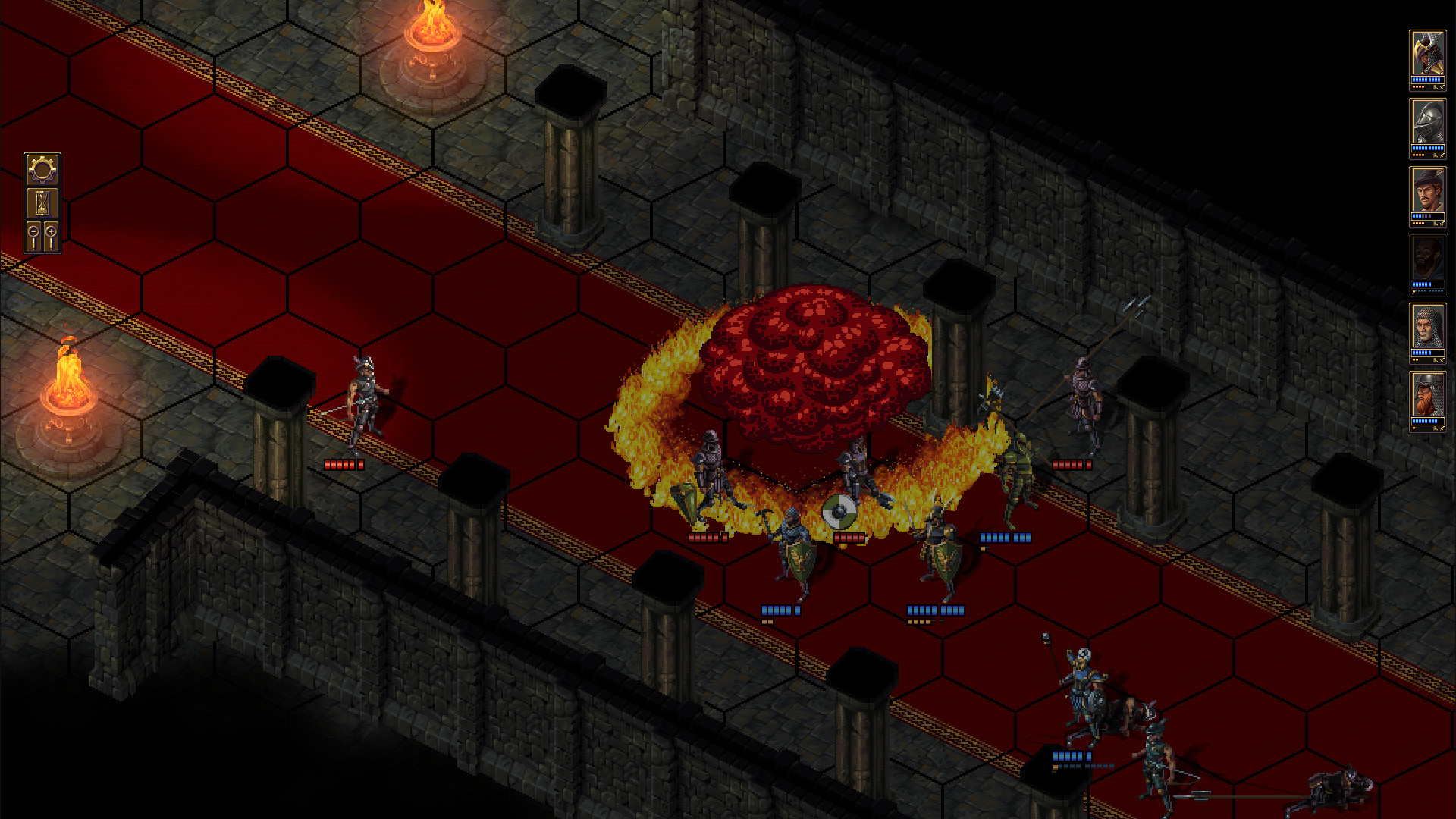 /cast nuke at you

I plan to make the carpets not fireproof anymore, but I am not sure I will have time for that.

This hits all the right buttons for me. Wishlisted!

Congrats on nearing the finish line of 7 years of work @Galdred , your game looks fantastic!

This hits all the right buttons for me. Wishlisted!

Congrats on nearing the finish line of 7 years of work @Galdred , your game looks fantastic!

Thank you! The end is in sight, but there is still a long road to go!

Given how badlly I have hacked the game to get the trailer out, it may need a few ones :D
Some opponents had their stats tweaked a bit (like move set to 0, so that they would remain at the right place…), and I optimized by removing 75% of the levels.
But as I also added a ton of improvements, so I cannot just rollback the trailer changes .

Wishlisted. Looks right up my alley.

It’s added to my wishlist as well.

I’m looking forward to seeing your kickstarter, and, if the stars align, throwing money at it.

Way to stick with it, with all the twists and turns in life!

Thank you all for your support.
I am still not 100% sure about the Kickstarter. It takes a lot of time and energy, which would delay the game as much. However, there are some things I would like to add (a castle tileset with siege engines, a cave tileset, more monsters), and some other that would be pretty cool if I can reach them as stretch goals (cavalry and more semi human monsters like centaurs and lamias).

Is the overworld part going to be real-time like Xcom?

My favorite thing about this is the ruins and places of power sorts of objectives. It could be fun trying to set priorities between defending an area from the enemy or going after one of these. Will the bad guys also be trying to capture those resources/places?