I’ve been interested for years in reading about the events and circumstances that lead to the two Russian revolutions. What would be the best book to read that covers both modern Russian revolutions, in an entertaining yet concise manner?

I can’t help you with your specific request, but can recommend The Revolution Betrayed by Leon Trotsky. It’s Trotsky basically saying “Hey, guys, this isn’t what we talked about…”.

And then, for his trouble, he got an icepick through the brainpan.

Trotsky’s ‘History of the Russain Revolution’ is a good, but unsurprisingly, biased account of tevents.

A less biased and well regarded witer is the historian E.H. Carr. Most of his work covered the 20th century history of Russia, his magnum opus was the 20 volume ‘History of the Soviet Union’, but ‘1917 Before and After’ and ‘The Russian Revolution: From Lenin to Stalin (1917-1929)’ seem to be more what you are looking for.

This is a good book on Lenin, if you can find it. It’s a biography, but without Lenin there would have been no Russian Revolution, and it goes into the political side of managing the revolution itself. 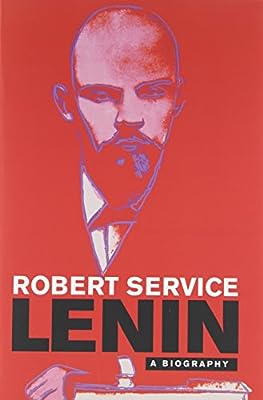 Lenin's politics continue to reverberate around the world even after the end of the USSR. His name elicits revulsion and reverence, yet Lenin the man remains largely a mystery. This biography shows us ...

Carr is one of my favorite historians - eminently readable but out of date. A lot of stuff became available in the Glasnost/post-USSR period that he would not have had access to.

I recommend A People’s Tragedy by Orlando Figes. It is a nice mix of top-down and bottom-up history, capturing the social energies involved as well as the Great Man stuff.

I recommend A People’s Tragedy by Orlando Figes. It is a nice mix of top-down and bottom-up history, capturing the social energies involved as well as the Great Man stuff.

Someone (I believe Lum) recommended that to me in a dispute over the preferred method Russian peasants used to pacify a baby. He won, but I enjoyed the book a great deal, and found it more readable and as a result more informative than the texts I was given in classes on the subject.

Wasn’t that the Jim Webb-induced penis sucking of kids to calm them down thread?

Wasn’t that the Jim Webb-induced penis sucking of kids to calm them down thread?

I’m not sure what prompted it, but I am sure that you are. So, yeah? I thought it had to do with Putin’s child-fondling or whatever the hell it was that brought up that really awkward moment where the music stopped playing and everyone avoided eye contact.