Okay, I wasn’t warned that this invasion, which was pretty cool, was going to result in some of the other factions siding with the invasion! That’s what did me in. Suddenly my best buddy nestled up against my border is all aggro because he decided he’s pro-Void? Who goes pro-Void?

At the very least, I wish I didn’t have to vote blindly. If I’d seen my buddy was going pro-Void, I might have considered joining the cause with him!

I love how the different maps make for different types of games. Lots of really gratifying gameplay tuning you can do with the map settings, and the presets have a ton of personality.

Suddenly my best buddy nestled up against my border is all aggro because he decided he’s pro-Void? Who goes pro-Void? 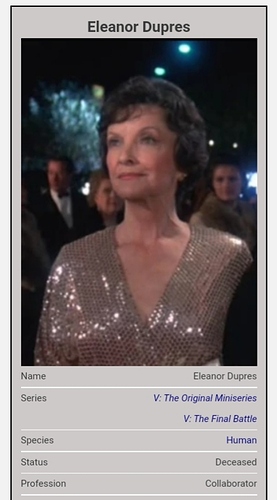 For my next game I will be playing on a Capital World. I’d like to go for a unifier victory since I haven’t actually pulled one off (I always end up with a Domination victory on my way there), and I’ve selected “Random” for the commander.

It looks like the game has assigned me the Kir’ko Celestian, Chin Til’trz. I had fun as the Celestians last time I played as them, and the Kir’ko get some cool abilities of their own. If I remember correctly the early Celestian unit is a melee, which should synergize swimmingly with the Kir’ko’s early claw mods.

I think this could turn out quite well. We shall see.

Oh, I also lowered the chance of invasion down to 30% from 50%, so it’ll be more of a surprise for me whether or not this map gets invaded. Even if invaded, I’d like to finish out the game as Unifier, so we’ll see how that goes.

Not sure if serious.

You can blame Triumph Studios for Chin Tilters, leader of the religious Celestians. My custom commanders are all quite fantastically named.

Does anyone turn off victory condition types? I generally disable the secret tech victory type because that always seems so easy to do with regards to the other types.

I would only keep one or two enabled in AoW3, but in Planetfall I’ve been leaving them all on, just happy to win any way I can. But the better feel I get for different race/tech/settings combos the better grip I’ll have for how I’d like to challenge myself while pursuing specific types of victories.

Does anyone turn off victory condition types? I generally disable the secret tech victory type because that always seems so easy to do with regards to the other types.

99% of the time I turn off time-based victories and that’s what the secret victory tech feels like, but my experience in Planetfall has been that by the time I’m ready to do it, the game is basically already won anyway so it ends up being a shortcut to the end screen instead of going through the ritual 4X end game slog. I guess I just treat it as a “Okay game is done, lets wrap it up” option.

I’m kinda pumped to get around back to Planetfall whenever I do. Realm Divide in Shogun 2 is my favorite 4X lategame ever, and the voidmurder situation sounds like it shares some elements with that.

Additional question. For Hero upgrades right now it’s like I’m throwing a dart on the wall. What are some of the better global hero skills (ones available to all of them) do you go with? I’m not sure if I should always be grabbing vitality and the weapon one for the melee/ranged options?

Playing against the AI, I prioritise militia buildings. If I am playing Assembly this is brilliant as it basically boosts my research for free.

My 2nd and 3rd cities are typically bought with influence.

The rest I capture, typically.

Additional question. For Hero upgrades right now it’s like I’m throwing a dart on the wall. What are some of the better global hero skills (ones available to all of them) do you go with? I’m not sure if I should always be grabbing vitality and the weapon one for the melee/ranged options?

Depends on what you want the hero to do.

I tend to have one hero be basically a heal-bot, who’ll be in the APC. I usually start my commander in an APC, because that unlocks it for all heroes. My leader starts as a heal-bot usually, then trades in the APC for either sniping (if I pick up a sexy rifle, or I am Assembly, Dvar or Vanguard and can research the range upgrade) or something else juicy.

Other than that, I tend to specialise the hero in whatevr they are when theya rrive. So if they are a melee hero when I recruit them, I keep them melee etc.

Only exception is the Dvar that shows up with a 5 range ram gun or mortar or whatever that is. I swap that straight out.

Also, depending on race (e.g. not a good strategy with Shakarn, but a decent one with Vanguard) I will put one hero into a flier and have an all flying stack, that can cover a lot of ground very quickly. Typically this stack doesn’t have a huge amount of punching power, but by the time I have 5 fliers and a flying hero, I also have a decent amount of tactical operations, so it works well for blunting invasions, or even just distracting the AI. On occasion you can even grab a not well defended city :).

Early on, the core of your armies is going to be the tier 1 infantry for your faction. Don’t disregard them b/c they are tier 1, they all have very good “bang for buck” in terms of combat power versus cost/upkeep. A key strategy is to look at the tier 1 infantry unit and figure out how to complement that with tier 2 skirmisher/specialist units, and also how to mod that tier 1 unit to keep it viable in the mid to late game. An example of this is the Vanguard: the basic trooper is weak on defense but actually a very reliable damage dealer at good range. Complementing a stack of troopers with a PUG to buff/heal and an Engineer can increase the power of the stack. Adding in Rail Accelerator mods will increase your main attack range. Basically, a well designed stack of tier 1 and 2 units can do quite well early on and even into the mid game, but you have to plan for it.

Don’t go overboard on higher tier units until your economy can support it. Also the only “staple” unit for most factions is the tier 1 infantry; everything else is basically a situational unit, support unit, useful in certain circumstances. For example, the Vanguard Assault Bike can play a useful role as a flanker but I don’t make a lot of them. Specifically, avoid the desire to make a “fast moving” stack of all Assault Bikes b/c their poor defense will turn them into Swiss cheese, and their high cost relative to troopers means they are not expendable in terms of resources. Likewise, full stacks of PUGs/Engineers.

A full tier 2 stack that can be useful is a flying stack, used situationally as a mobile force. Heroes that come in with an experience level or two can be trained in Piloting and equipped with a flyer so you have a fully-flying stack. Again, don’t go overboard on this as the cost/fragility is not so great.

Basically: spam your core troop, supplement that core troop with appropriate skirmishers/specialists/flyers and mod those core troops to keep them viable as the game progresses. Plan you mod strategy around this to some degree.

It looks like there’s a drop-down in the tech tree to research other races secret techs or something? I’ve never seen anything in there besides me own. How do I get more tech options besides my own?

Get a colony of another race.

I have been trying to play xeno-plauge and I am clearly doing it wrong. I have googled this, and it seems people say, infect the enemy and get pustules and then beeline the xeno techs and you will end up with lots of armies of xeno units.

However, this does not work for me. Getting a pustule is pretty hard even with the doctrine that gives a 30% chance with heros. Sure, eventually I get some and I even get several upgraded to the big destoyers.

However, the problem is that I am always the weakest faction, and eventually some AI will declare war on me and steam roll me. Its like I should not even bother with the xeno techs and just make large armies of regular troops.

Any advice on this?

Also, in general, hero selection. I always try and get heroes that match my secret tech, the race not being very relevant. However, in the game options there is one to limit heroes to the same race as the leader. There is no option for a tech match. Am I thinking about this wrong? Is race more important than a secret tech match?

I see that Planetfall is on sale at GoG. I haven’t played one of these type of games since Shadow Magic, which I loved very much. So it’s a no-brainer to pick this one up, right?

It is a very good game. I highly recommend it. 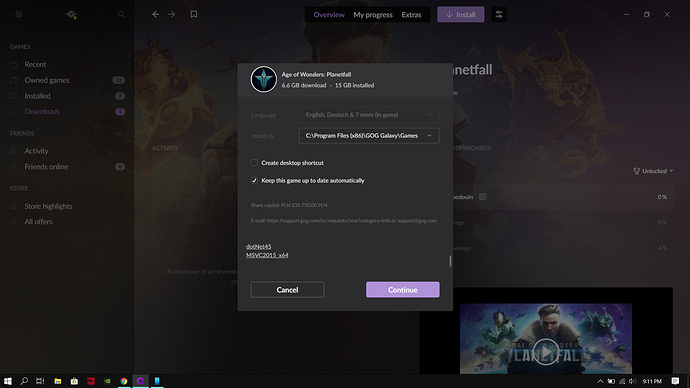