Age of Wonders in a Science Fiction setting. Created by Triumph Studios and published by Paradox Interactive.

Age of Wonders: Planetfall is the new strategy game from Triumph Studios, creators of the critically acclaimed Age of Wonders-series, bringing all the exciting strategic turn-based combat and in-depth empire building of its predecessors to an all-new...

Age of Wonders: Planetfall is the new strategy game in an all-new sci-fi setting. Read More! 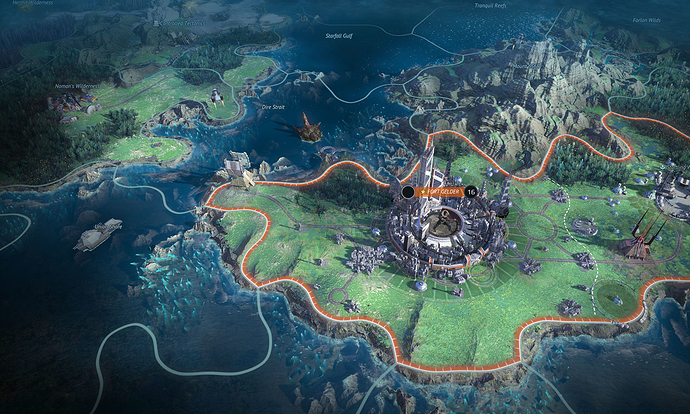 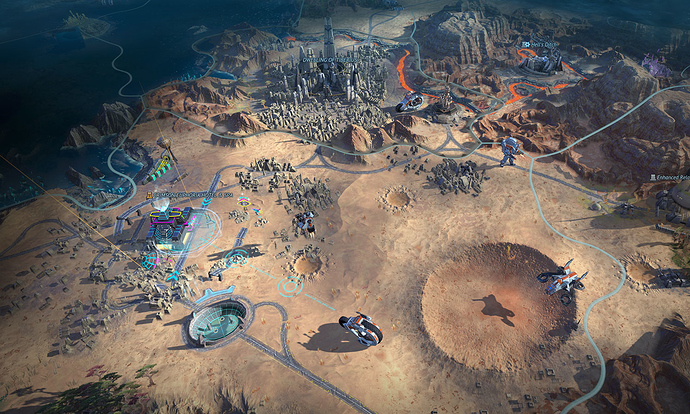 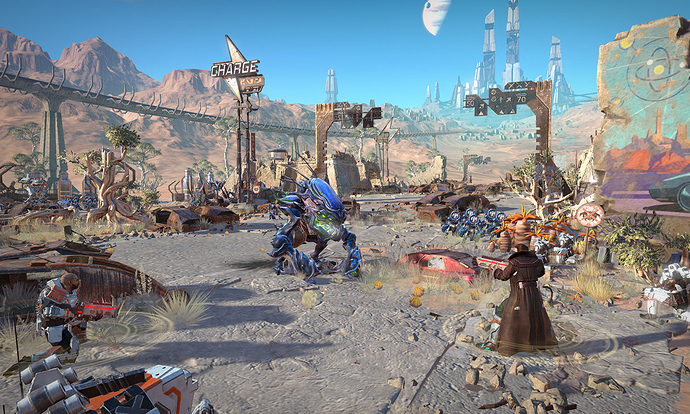 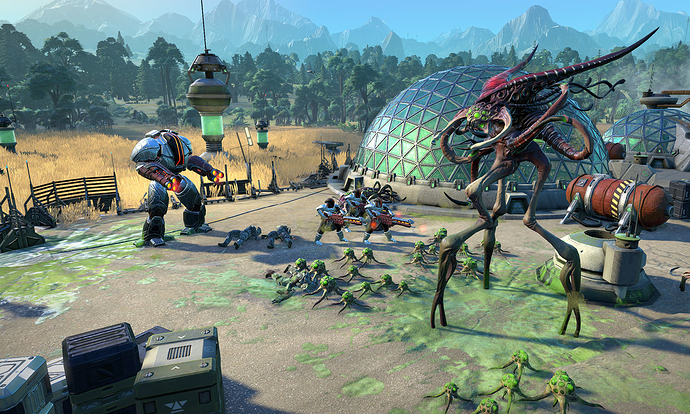 Welp, there goes my wallet. Ugh… imagine all the DLC were are gonna get.

Daaaaang, that’s something I didn’t know how much I wanted until just now.

Interesting but so wary of Paradox’s monetization that I’m gonna wait several months after release before even considering.

Second time I have seen this comment. I don’t understand the logic. One company launches a space version of a big game that didn’t turn out so great, so now we should be skeptical of others doing it? It’s a sequel, not sure why the fantasy vs sci-fi setting makes it more likely to suck.

I don’t understand the logic.

There is no logic, because it’s a dumb comment.

It seems neat, but we don’t really know anything about it? Or am I missing something? The bits of info @kerzain assembled (excellent job, btw, on the new thread!) are interesting taken individually, but I can’t get a sense of what this game will actually feel like. The screenshots look amazing though, but a part of me is a little sad we aren’t getting an Age of Wonders 4 that looks like that.

Age of Wonders framework, done as a sci-setting. Very interested.

It looks like there is a Triumph Studios 90 minute stream on today’s schedule (at 11:30am CDT) so I may tune in for that. In the meanwhile, here is some additional information from the Triumph forums. 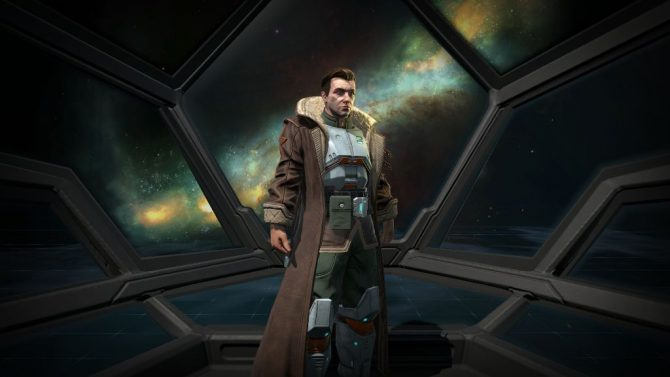 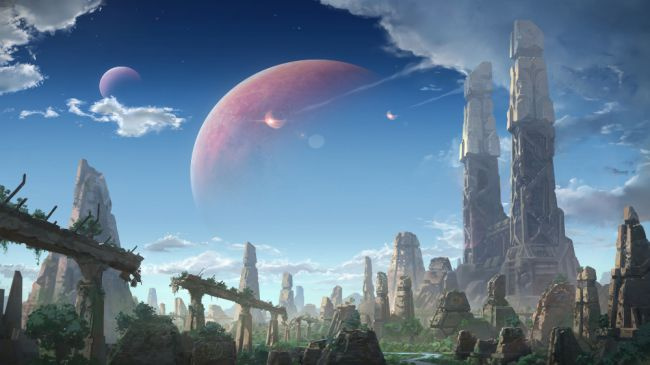 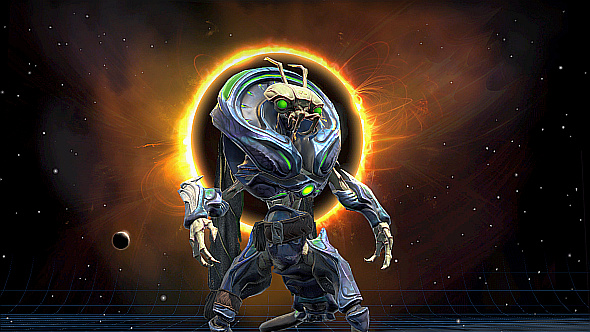 I am watching the broadcast for the announcement and I’m super confused why they are spending time just talking (poorly - they don’t seem to have a good sense of how to explain this game) instead of showing off some actual gameplay to help people click with what it’s supposed to be about? Kind of a bad way to reveal the game, imo.

@ Scott, they only got like 10 minutes to explain it.

In an hr they announced 2 new titles and I think an expansion for every single game.

And each and every one of those really would have benefited from us seeing people play it.

During the day, there were booths set up to play various titles, but neither PF or Imperator, which was a slight disappointment for me.

There was also a room laid out with the new Paradox boardgames.

I clocked out 1600 local time as have very little battery so went to my hotel to recharge it.

There’s dinner later so I’ll be back for that.

edit: I spent a good while talking to Tombles and Arno later. They know how to explain the game, they just got nervous on stage.

@ Scott, they only got like 10 minutes to explain it.

I think the trailer should have had some actual gameplay, or at least they should have spent a little time rehearsing what they wanted to say about it. I love Lennart, don’t get me wrong, but he looked pretty nervous up there (completely understandable) and the worst was the guy with him who just had a really hard time articulating what the game was. As someone that loves these kinds of games, it broke my heart to see this be the method by which we finally got our big reveal after waiting 3 years.

Hopefully as the day progresses we’ll get lots more information, footage, and the like.

in screenshot number 3, the guy in a brown in coat is one of the leaders.

in screenshot 4, the battlefield extends past the fence you see there and as far as the eye can see basically. And units hiding in the cornfield will be effectively “concealed.”

That’s what led to me asking the team abiut concealment, map sizes etc and got us the info on out of map abilities (bombardments etc.)

Yeah Arno (the other guy on stage) is a gamer and game maker, not a presenter, clearly.

I personally would have loved them to have more time and to see them play a bit live.

Anyway a good sign is when the devs want to play their own game. I spoke to Corne (he’s the guy making the environmental assets, like the domes and gas tanks, and he told me they can be blown up etc,) and he was saying he wanted more time to just mess around in the game itself lol.

I love what Triumph did with Age of Wonders 3 - maybe the best game in its class, but so often scifi games play the same as fantasy / real world based games but with harder to recognize things on the map and more difficult to pronounce techs. Because it is Triumph I can’t count them out and maybe they will manage to make it interesting.

Take well loved game that never appealed to me because setting, move to setting I greatly prefer, profit?

I’m going to keep an eye on this because I could easily see this working big for me.

I am hoping seeing it in action will “wow” me but I am keeping an open mind.

I love the way the screens look so that’s going to help get me on board for sure.

I’m interested. I hope I’m still alive by the time it comes out.