Alienware X51: Any QT3ers have experience?

As someone who’s tinkered for years, wasting tens of thousands of dollars on whisper-quite and small-form-factor PCs, I’m getting to the point where I’m lazier now with more money to spend on an off-the-shelf solution. Has anyone used/bought/reviewed (Loyd?) one of these? From YouTube videos, it looks surprisingly flexible for user upgrades (easily accessible GPU, RAM, 3.5 HD replacement).

I have one. Bought it in January and love the thing. I followed a guide on how to get a ssd in there and keep the 3.5 which is awesome… With that said you are kind of limited in the graphics card department. I’m running the 660 gtx that came with it which is powerful enough for now but I’m worried about a year or two from now when I want to upgrade because I’m limited to the 330 watt power supply.

I don’t remember where we discussed this, but if you have a flexible budget for the PC there are better options for SFF machines than the X51 now.
There’s this one: 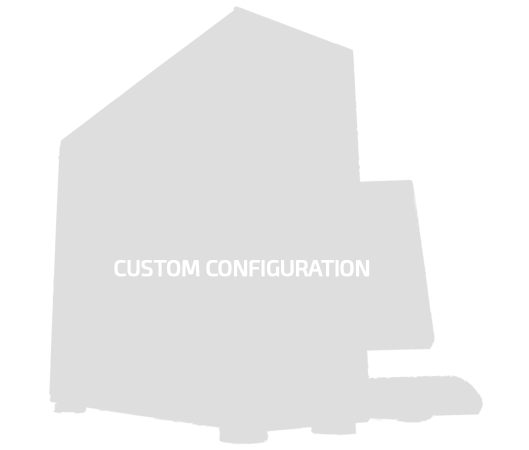 Check out my configuration for the Digital Storm Custom Configuration

then there’s this one:

We build high-performance PCs for gamers, enthusiasts, business & military use. We custom build systems for anyone that needs more than an off-the-shelf PC.

Just keep looking over at the Dell Outlet till you find one you want, and combine with coupon.

Dell outlet is a good place to go. Also just looking for sales is a good idea. When I bought mine the top of the line was discounted to 1200 and I ended up getting 300 bucks in dell gift certificates (which then ended up being 500 bucks because of some certificate snafu. I emailed them about their mistake but they said never mind and that I should just keep it.)

yeah looking at the canadian outlet, the refurbs aren’t any savings over getting a new one right now though.

Why would you want a cheap-ish SFF PC, then blow half a grand on a mondo SSD? They’re awesome `n all, but maybe a 1TB Velociraptor might be more sensible while still a bit splurge-y?

Anyway, Tiger Direct currently has this X51 for $1,100 w/rebate. It was actually $100 less a few weeks ago, if you wanted to try your luck and wait a while to see if it drops that low again. There are a few alternatives discussed in that thread, too.

http://www.tigerdirect.ca/applications/SearchTools/item-details.asp?EdpNo=7750340&CatId=114 is all the Canadian TigerDirect.ca has. For 1399.

Support for Alienware machines is pretty much non-existent. I had a nightmare with an Alienware laptop I bought a year ago when one of the components didn’t work out of the box but their diagnostic tool and scripts weren’t set up to handle it. I actually like the hardware itself fine, but the service has put me off from ordering from them again.

Well this plan has been aborted now that I’ve decided to pimp out my existing mini-ITX box and put it out in the living room with a GTX 660.

What’s your setup like? Been debating the “proprietary SFF vs mini-ITX?” options myself.

Same case, pic above is not mine so I haven’t put that shield over the fan intake up front.

Also, Alienware is now selling X51s with Ubuntu; while not explicitly described as Steamboxes, that’s pretty obviously what they’re going for here.

This is now down to $900 (no rebate) plus S&H. Debating whether to go for this or hold out another month for Haswell + new GPUs; hope either this gets cheaper or I can find something faster for the same price. Decisions, decisions…

This is now down to $900 (no rebate) plus S&H. Debating whether to go for this or hold out another month for Haswell + new GPUs; hope either this gets cheaper or I can find something faster for the same price. Decisions, decisions…

Current leaks indicate that Haswell’s CPU performance doesn’t improve much and power consumption will stay the same or increase due to a much bigger integrated GPU, and the big new thing about new GPUs is the number sticker and a lower price. If those rumors / predictions are correct, in a machine with a 330W PSU, you won’t be able to find faster components until next year’s process shrinks.

Still, unless you need a new PC now, it’s always better to keep your wallet shut as long as possible. The upcoming announcements of the new Xbox, new Nexus 7, and more PS4 details just might keep you distracted long enough for Haswell to launch.