Amazon: Complete Curb Your Enthusiasm - $95! (one day only)

Deal of the day: 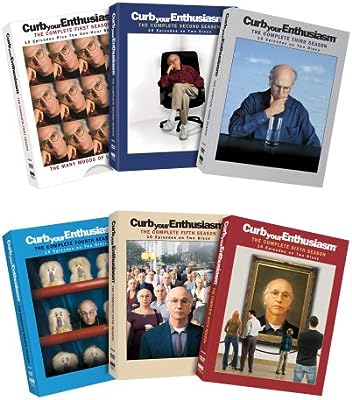 Curb Your Enthusiasm is the brainchild of star-creator Larry David who co-created Seinfeld and was the basis for the easily rattled George Costanza (who was played by Jason Alexander). Like George, Da ...

Saw that this morning and am tempted by it as well. Didn’t want to be a glory hog and post it, too.

OMG! I want this pretty bad. But I gotta ask the wife = (

Waitin’ for the Blu-Ray.

You want Larry David in HD? You sick fuck!

Waitin’ for the Blu-Ray.

HBO doesn’t even broadcast it in HD so I wouldn’t hold your breath.

What a great show.