Another enjoyable film I saw this weekend.

This was free on Prime, and it was not good.

Brain cells died, that I will never be able to recover. Bruce Willis gave a solid 15% effort in the film.

Directed by Matt Eskandari. With Bruce Willis, Chad Michael Murray, Shea Buckner, Tyler Jon Olson. A disgraced doctor and his family are held hostage at their home by criminals on the run, when a robbery-gone-awry requires them to seek immediate...

Amazon has dumped, or at least suddenly foregrounded, a bunch of Original movies, anyone got any recommendations (or warnings)?

AV Club liked I Care a Lot and it sounded pretty interesting. It’s on netflix in the US though.

Are you sure you’re not talking about the one about the artist? I’ve seen that one. This is the one on Amazon now:

Bliss is a mind-bending love story following Greg (Owen Wilson) who, after recently being divorced and then fired, meets the mysterious Isabel (Salma Hayek), a woman living on the streets and convinced that the polluted, broken world around them is just a computer simulation. Doubtful at first, Greg eventually discovers there may be some truth to Isabel’s wild conspiracy.

Yep. We are FOR CERTAIN talking about the same one. It isn’t what it seems (depending on your interpretation).

Well, I like depressing films about addiction (Requiem For A Dream was my favourite film for a while), so thanks for the rec.

Bliss was interesting but not remarkable. But probably worth checking out. Same can said for The Map of Tiny Perfect Things, but it’s even less interesting, imo. Dumbed down Groundhog Day with a dash of tween romance mixed in.

Sounds like it will be right up your alley. then. And Salma Hayek is most excellent.

AV Club liked I Care a Lot and it sounded pretty interesting. It’s on netflix in the US though.

Much better than Bliss which was a compelling premise that fell apart in making an actual movie.

Just watched Bliss last night, unaware of the discussion in the previous few posts. I also had not watched the trailer for it, which I learned afterwards is a little bit misleading. Some of the reviews I read said you would enjoy the movie more if you went in blind. I went in blind, and I enjoyed the movie.

It sparked a little post movie discussion between my wife and me and that’s more than I can say for many movies we watch!

I enjoyed this with the lovely Rosamund Pike it in.

The flash forwards to events past her lifetime were strange but I eventually understood what they were trying to do with them.

No separate thread because it’s rumor, but if Deadline is writing about it, there is most definitely smoke. 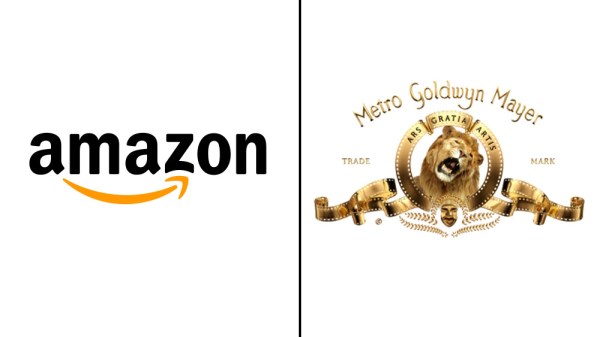 Amazon At Altar With MGM?

In the wake of the surprise $43 billion merger between Discovery and AT&T’s WarnerMedia, rumors are racing that Amazon is poised to scoop up MGM in a deal that is reportedly worth under $…

Amazon reportedly in talks to buy MGM, the movie studio behind James Bond

Amazon.com Inc. is in discussions to buy MGM Holdings Inc, the studio behind the James Bond franchise, according to a report Monday by The Information.

Amazon is in discussionsto acquire MGM Holdings, said a person familiar with the situation, in what would be the ecommerce giant’s biggest move yet to expand in entertainment. MGM owns a major film library, with interests in the long running James...

Will 007 get gadgets delivered by Amazon? :D

I just watched some movie called “breach” with Bruce Willis, and oh my god it is awful. Bruce Willis clearly did not give even one shit about the movie. It’s kind of worth watching just for how bad it is.

So like the last 10 years of Bruce Willis’s career. :D

That’s actually kind of why I watched it… I wanted to see how bad Willis had gotten.

For a huge dose of 80s and really one of the more unusual movies made, as far as being a fairly common plot but done in a new and unique way, Blood of Heroes is on Prime. Come for the crazy violent dog-skull based fighting game, stay for watching Vincent D’Onofrio still act way above the movie he is in.

Also known as The Salute of the Jugger if you can’t find it.