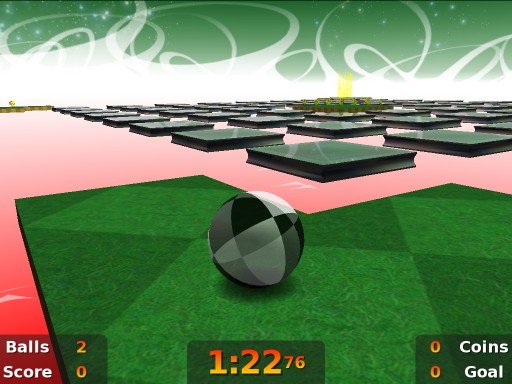 Simple and colorful, it’s at the least worth the price of admission: free.

The game will run under Linux, Win2K/XP, FreeBSD, and OSX.

IGN recently posted a review of Neverball, claiming it wasn’t worth the money.

So should we expect a Penny-Arcade rant about how it’s worth twice the asking price soon? ;)