Ouch. What were they selling it for?

Wow that image of MEA copies is gonna go crazy viral if it hasn’t already. :p

Already has, I re-posted it from Reddit /r/gaming and /r/masseffect. It’s quite sad the franchise was snuffed out like that.

Shadow Warrior: Special Edition is free for the next forty something hours 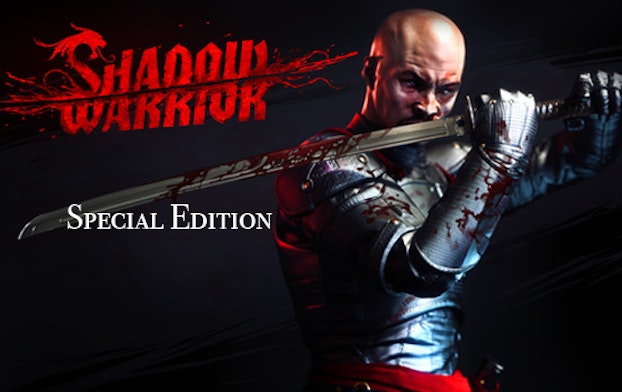 I used to work at Target. It is not usually SOP to do this for video games, books, or DVD/Blu-rays due to the contracts they sign with distributors. It’s much more common with clothing, housewares, etc - anything Target brand that they don’t have to claim for return processing.

That said, I saw it done once or twice in my time for overblown music CD stock. (Ha! That should tell you how long ago it was when I worked there!) Basically, the distributor writes off the remainder and Target donates them to Goodwill or another local charity for the tax credit.

Mass Effect Andromeda is one of the biggest high profile failures in years I think.

It was 25% off during the Steam Sale.

What Alstein said. Was 25% off in the Steam Summer sale, first discount I can remember seeing.

Will likely get some sale love just before the release of TW:WH2, I’d imagine.

BundleStars has a Dollar Rage Bundle live. 23 Steam games for $1.
Included are The Silent Age, Gunnheim, Avencast : Rise of the Mage and Obulis, any of which are easily worth $1.

Hmm, Battlefleet Gothic: Armada is on sale again for $11.99 on Steam. I didn’t grab it last time. Think the blood god is telling me something.

It’s got satisfying gameplay but its campaign will kick your ass. If you like that sort of thing, by all means get it.

Although if you want that, you should probably buy BundleStars Killer Bundle X (https://www.bundlestars.com/en/bundle/killer-bundle-x), you get that and some other stuff for $5, good for six more days.

I can’t believe I haven’t found a good deal on Xbox Live Gold during the last few months. I finally decided to risk trying one of those shady deals, from a place called Gamesdeals this time, for $43 for a code. Unfortunately, I should have checked the comments on the slickdeals forum on that deal. For most users in the U.S. Region this “worldwide code” didn’t work. Same with me.

Luckily, Gamesdeal were pretty gracious about it. They issued a refund to my paypal account almost immediately when I told them it wasn’t working. They just asked for screenshots of me putting in the code and getting the error message.

Places like CDkeys also have these “worldwide” codes, but I’ve seen in the comments that it doesn’t work for a lot of people in the U.S. So I’m going to steer clear.

Maybe I’ll actually let my Gold membership expire this time, first time since 2003 or 2004, I think. I’ve generally always been able to find it under $40, so it rankles not being able to do so this time.

Mass Effect Andromeda is one of the biggest high profile failures in years I think.

It can’t be a complete failure, because it hasn’t been discounted down to a level where I’ll buy it yet :)

It’s great, buy it now so you get the enhanced Lightspeed Edition next month as a free upgrade.