There’s been a lot of negativity for some time and it has been frustrating as someone who actually enjoys the core gameplay. I do think however that the messaging and recent updates from Dice has been abysmal. That last update… woof.

Anyways here’s my list of prioritized items that I’d like to see as opposed to a lot of the hot takes that are more “throw everything out and start over”:

That should be top priority IMO. After that we can discuss further balancing classes like potentially not allowing all characters have all items. I would love to see more maps. I personally don’t have a huge problem with the open spaces as there are usually “paths” that infantry can take from one objective to the next without being completely out in the open.

As for bringing players back? I would say first fix all the glaring issues above. THEN have a major season update with new maps, weapons, and characters. Have infantry only maps. Have some radar off modes. I would drastically change or remove the end of game quips (I hate them so much). Let the final screen reflect more than just one dumb data point for each squad mate and show more meaningful data.

That should be top priority IMO. After that we can discuss further balancing classes like potentially not allowing all characters have all items. I would love to see more maps.

As for bringing players back? I would say first fix all the glaring issues above. THEN have a major season update with new maps, weapons, and characters.

They’re on the hook to deliver at least 4 battle passes with a new character each, but after that? Well, this is EA and they seem to be all-in on Respawn right now while DICE has gotten their hand slapped pretty hard. I wouldn’t be surprised to see a repeat of the way they shorted Battlefield V’s support and live service map.

You’re right they do need to do all the things. But the order needs to be: Fix, balance, then add. They can’t bring anyone back if the game is still borked.

But the order needs to be: Fix, balance, then add.

I’m not disagreeing. I doubt execs see this and think the same though. 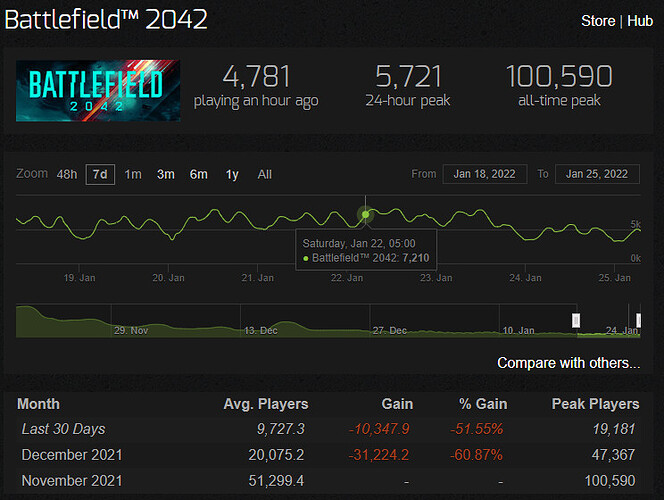 That’s 163 on the list below Kenshi, Squad, and Hell Let Loose. 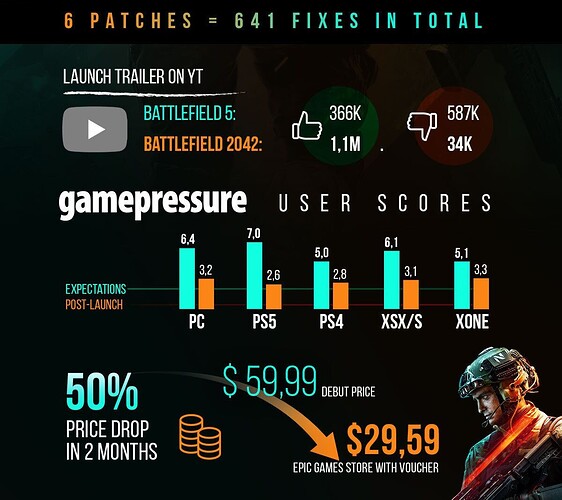 Someone took time to make these, lol.

That’s so depressing. I know a few lapsed players that loved 2142 and stopped playing with that incarnation after playing 1942 and BF2 as well.

What a fall Dice has taken. Used to be my favorite FPS. shame…

Battlefield Briefing - The Journey to Season One

An Update on Our Commitment to Battlefield 2042

So a MP game with 7 months of no new content, a bold move.

This has echoes of Anthem post-release, where they really needed to rework their itemization and add some new content. And as the months of nothing happening dragged on, the playerbase continued to dwindle.

Arguably, I think BF2042 is going to require more work to get up to speed than Anthem did. And they never bothered with actually doing anything with Anthem. Given that BF is an established IP and they sold a year one pass I’m guessing they’ll do more than nothing but I’m doubtful they’ll be willing to put in the work required.

I think they’ll do exactly what they did with BFV. People will get some big fixes/additions that are critical like the voice chat and scoreboard, then 3 anemic seasons of barebones content. The 4th will be an attempt at a soft relaunch like the BFV Pacific update but it will end the same way.

I’m impressed that they managed to do this again with BF2042 after BFV. It’s like they learned nothing. I’m kind of glad I did EA Play so at least I can potentially play some other things. 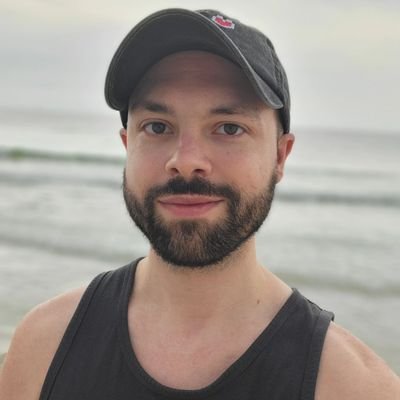 EA’s on the hook for the year one pass content but you can tell they’ve already stuck a fork in this one.

Me too. I gave up and uninstalled it a couple of days ago. The market is so saturated these days, who has time for such mediocrity? I really regret buying it, in retrospect I should’ve just subbed to play pro for a month. Lesson learned. 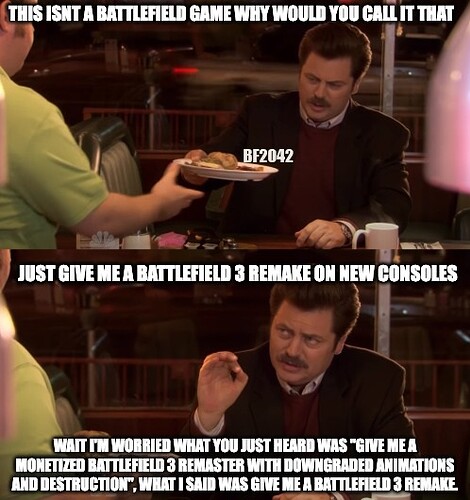 Every time we try it, it sucks and we all quit after like 2 or 3 sessions. It’s so bad some of us disappear from gaming for months. He got us all to try BF 2042 because there was a 10 hour demo and it left such a bad taste in our mouths we haven’t played an FPS together since November. We played for maybe 90 minutes.

I don’t understand how Dice keeps churning out the video game equivalent of Matrix 4 or Season 8 GoT over and over and over again and EA doesn’t make changes. Their dumb Frostbite engine has not only ruined their own franchise, it ruined Mass Effect too and I hate them for it.

As I understand it, DICE forked off the BF2042 engine as soon as BFV was complete. So all of the improvements and additions made over the years to BFV never made it into 2042. And since BFV was so relatively feature incomplete at launch, BF2042 was in the same boat at launch.

But if the Next Battlefield game engine was forked off of BF2042 as soon as it was completed, and BF2042 is so feature incomplete…

It’s the definition of insanity. 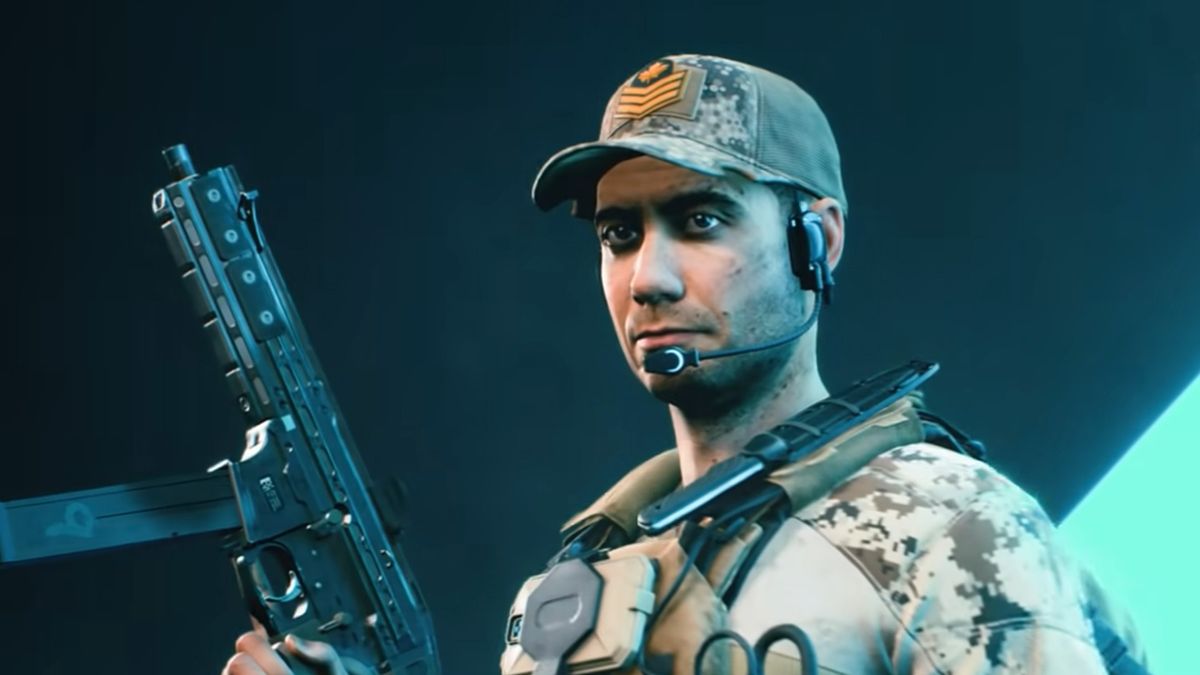 Battlefield 2042's scoreboard update has been delayed until March

DICE wants more time to fix the game before it starts fixing the game.

EA said in January that the 3.3 update featuring the “refreshed scoreboard” would roll out in mid to late February, following a smaller 3.2 update that would bring in changes to Battlefield Portal’s XP system and a number of performance optimizations. But the 3.2 update also introduced stability problems, which developer DICE attempted to stamp out with a hotfix released today.

“Our next update after today’s hotfix will now roll out in early March,” EA said via the Battlefield Direct Communication Twitter account, after the hotfix went live. “This is a change from our last message to you all on its intended release. The extra time will help to ensure we improve the quality of our updates, and include additional changes.”