One caveat - Romer sometimes approaches Egyptian history from what could be called a “minority” viewpoint… BUT… he often discusses the “standard” viewpoint as well (usually in criticism).

In some cases I suspect that Romer is wrong, and the received history right - but I appreciate that he mentions the alternative narrative he’s railing against, so you can keep it in the back of your mind.

finished Alex Marshall’s A Crown for Cold Silver , which is the first book in a grimdark fantasy trilogy.

Picked this up the other day from the library and brother, you ain’t kidding about the grimdark. Feels a little gratuitous at times, especially the stuff with Definitely Not Medieval Catholicism.

I’m about halfway through. This is a tome.

Agreed that it’s quite well written. And very much agreed on the First Law comparison - tonally it’s very very similar, and the premise and Old Conan characters map pretty well too.

Once the story got its feet under itself - by which I mostly mean “each viewpoint character gets at least two chapters so you can start piecing together wtf is going on” - I have found it pretty darn compelling, though. I really dig the sort of Black Company - First Law - Trotsky remix thing going on here.

Super interested in getting to whatever sparked your joy at the end of the book.

Picked this up the other day from the library and brother, you ain’t kidding about the grimdark. Feels a little gratuitous at times, especially the stuff with Definitely Not Medieval Catholicism.

I actually don’t find these books all that dark. They’re violent, but there are no drawn out scenes of gratuitous torture, no sexual violence at all. All of the characters have a high degree of self-actualization, and the narrative respects their dignity. I never had my heart in my mouth or got a queasy feeling like some other grimdark stuff gets. (Case in point: I recently started the first novel in Anna Stephens’s Godblind trilogy and had to stop reading at a particular extremely rough scene of human sacrifice.)

Super interested in getting to whatever sparked your joy at the end of the book.

The final battle scene in the first novel is pretty awesome. And then the second book has another setpiece battle sequence that is maybe the most purely entertaining such scene I’ve ever read–darkly (and hilariously) comic and gruesome and exhilarating. I’ve just finished book 2 and have started book 3. All of the characters are just so great and have such meaty arcs, even while absolutely retaining their sense of self. My favorite character is probably Purna (or maybe Choplicker), but they all really grow on you. I still remain floored by how progressive the social structures are in these books in a way that is somehow subtle enough you almost don’t notice it; characters are male, female, gay, straight, bi, trans, whatever, and it’s just not a thing. People are who they are and are lusty (or not) and like to fuck who they like to fuck and why would that be a thing?

I actually emailed the author (Jesse Bullington–Alex Marshall is a pseudonym) to express my admiration and received a thoughtful and grateful reply. He seems like a great guy. I happened to mention my love of Nathan Balingrud’s work and Bullington both agreed and mentioned that they’re both North Carolina chums and hang out on occasion, which is pretty awesome.

I’d love to see a sorcerer showdown between Hoartrap and Bayaz.

Speaking of First Law, I’ve been reading through the Age of Madness trilogy (currently mid-late book 2) and enjoying the hell out of it. Abercrombie just seems to get better the longer he’s at this, and he was pretty great when he started.

I doubt any of us need a way to find new books to read, but just in case you want to find something set near you, this site is kinda neat.

They have some interesting stats, like this map of books set in each state.

You got me searching in Google maps on where on earth Toussaint Montana was. No such place! So then I googled it, and it’s a book series set in a fictional town in Montana, of course. Sheesh, they don’t even get a real town, but that’s still 13 more books than in San Francisco, I guess.

I have trouble believing there is only 1 book set in any particular North Dakota town. Louise Erdrich’s books, for instance, are mostly set in ND and she’s written about a million of them.

I’m pretty sure there’s more than 20 of CJ Box’s Joe Picket series, set in Saddlestring, WY. I think the data source for this is not great.

It says they used Goodreads on the infographic, and if Goodreads had a geolocation for a particular title, they included it.

Yeah, I see that now. So, the data source is fine, it just can’t be used to answer what they’re claiming to answer.

You got me searching in Google maps on where on earth Toussaint Montana was. No such place! So then I googled it, and it’s a book series set in a fictional town in Montana, of course. Sheesh, they don’t even get a real town, but that’s still 13 more books than in San Francisco, I guess.

No, I read it that way at first also, but the map only gives the location for the most books set in that state.

So San Francisco probably has hundreds but not as many as Los Angeles.

The Dreamt Land: Chasing Water and Dust Across California by Mark Arax.

This is the second book I have read by Arax, the first being The King of California. Arax was born and raised in Fresno, California. He covered the valley for the LA Times for many years and now he writes about California, the San Joaquin Valley and the good and bad of agriculture in the valley. This book is basically a history of the way water has been used and abused in California. How rivers have been stolen by cities and by farmers. He condemns many of the practices of modern corporate farming while not really excusing the smaller guys for doing some of the same things.

The history of farming and water in California is one of expansion beyond all logical boundaries. Plant in soil so poor you can’t get water for it and can’t really make a profit from it, demand and plan your way to more water and then expand your plantings in to even worse land. Pump out so much ground water that the land sinks while all the while expanding your need for water.

I found this book interesting as it is all about where I live. I recognize so many names and places in the book that it is easy to relate to his story. Arax writes in a style that swings from fact bringer to first hand story teller. Some of the most interesting items in the book are the personal stories of both small 3rd or 4th generation farmers and the stories of corporate monsters who did what they wanted for as long as they could. About Beverly Hills “farmers” and major insurance companies who have tried to make their fortunes (and some have succeeded) in farming. And also stories of those who failed.

I just finished The Immaculate Void by Brian Hodge and it was fantastic. I was in the mood for a modern cosmic horror read and while searching, ran across a glowing review for this novel. Unfortunately, it is unavailable due to some publisher shenanigans, but the author has the rights and will sell ebook copies via email.

It is a gruesome, bleak, and frightening adventure about touching the edges of beings beyond our comprehension. But very hopeful and strangely uplifting. Highly recommended! 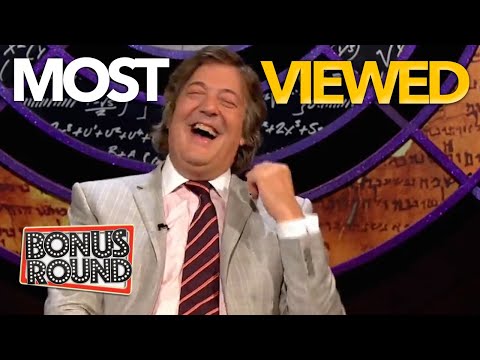 Appreciated, I did google that but didn’t read far enough along to confirm it. Thanks!

I have just finished African Samurai: The True Story of a Legendary Black Warrior in Feudal Japan and Let’s Keep the Subtitle Going Because Why Not by Geoffrey Girard and Thomas Lockley. I put it on my list because, hey–a Black samurai? I’ve got to read that! But in the end I have to say it was only OK.

I’d never heard of Yasuke but apparently he’s at least somewhat well known in Japan as a (probably) enslaved African who came to Japan with the Jesuits and was made a samurai by Oda Nobunaga. It’s a great story, to be honest, but the issue with the book was that they clearly tried to make it a great story, so it came out as a weird sort of half-history half-historical-fiction tale. I don’t think the authors put anything demonstrably incorrect in there, but there’s a lot of speculation, both of the “we acknowledge this is speculation, but we think he was probably Dinka” variety and of the “[character] must have thought [inner monologue nobody could possibly know] as they looked out over [historical setting]” variety.

In other words, it was wayyyy on the “pop” side of pop history.

Still, it was a breezy read, and there was a good amount of background on Japan in that most exciting of times (including in the endnotes), so I’d give it a recommendation for folks who are in the mood for that sort of thing. Plus, you know, an African samurai! How cool is that?

He’s featured in a couple of anime - Afro Samurai and Yasuke, the latter is on Netflix. The former used to be, I think, but isn’t anymore.