I still play it some, but man am I ready for the Halloween shit to be done. I know they said they were turning it down, but I’m trying to do the Slaughter Shaft on Mayhem 3 and it’s hard enough without that.

Yeah, I don’t know why they didn’t make this event opt-in after the first time you defeat Haunt. Just make it so there are no ghosts if you don’t talk to Maurice again.

I like Maurice, but the ghost spam, yeah, that’s a pain. I’m replaying this (with FL4K this time, instead of the Gunner) and enjoying the gameplay more than I did originally. Partly that may because I can safely ignore everything but the shooting and looting. When I hit a long cutscene, I just do something else until it’s over. No desire to hear that crap again. The Beastmaster is also a lot more efficient it seems than the Gunner.

I beat Haunt twice in the first couple of days of the event. I did enough of the milestones to get the special trinket. That’s it. I’m good. I haven’t played since then.

If they really want to do GaaS, they need to get better at this stuff.

The same map, same boss, same-o same-o nature of the ghost/haunt thing is boring, but the loot is pretty good, especially the loot skulls. The actual fights vary, with Haunt himself being “ok” and some of the lead ups except for the blood cavern pretty solid. The blood cavern/retch stuff is not so hot.

The official website for information on the award-winning Borderlands series of shooter-looter games, add-on content, and related products.

I was wondering what happened to all the loader-bots from Borderlands 2.

Today, we will release an update and hotfix for Borderlands 3 by or before 5:00 PM PST that adds a bunch of exciting new content in addition to addressing community requests and reported concerns! Below are the notes for both today’s patch and...

The following environments have received additional vending machines. They can typically be found before bosses or the mid waypoint in larger environments:

My daughter and I are playing this co-op now. It does seem the game is a little more uneven than the previous games. Noting the vending machine change above that is one of the things that was strange. But the enemies seem that way as well.

Playing through this a second time, as FL4K, it’s so much easier than it was with the Gunner. Of course, I had a bank full of fancy guns and the Beastmaster is simply more durable (and overall better), and I know the levels better. I do think they have tweaked things here and there though since launch (and a faster rig helps too, on the playability front). I am enjoying it, though it’s still quite a chore to figure out what weapons are actually better than others.

Also, FWIW, I am finding the dialog and characters oddly more satisfying this time around. Yes, the twins are still horrendous, but I’m actually listening more closely to all of the seemingly incidental blather and a somewhat more nuanced picture of them is emerging. It’s not Dostoevsky, but there are hints and moments that help shape what it was like for them as children and why they ended up how they are. There story, interestingly, ties in closely with that of Angel, Handsome’s Jack Siren daughter who figured in the earlier games. There’s a side quest while trying to retrieve something for Tannis that turns up some pretty harrowing ECHO recordings that make me wonder if the whole childhood-trauma-abandonment-betrayal thing is a through line for the narrative designers.

Of course, all of this is juxtaposed brutally with a carnival atmosphere of gore-splattered loot shooting, with enough crude humor to satisfy a fourteen year-old’s appetite. Even some of that, though, has grown on me. I usually prefer a bit more subtlety in my satire, but the axe to the face style of Borderlands sometimes works, too.

I played this co-op with a friend over the weekend since it was free on Xbox. There is a lot about it I like - the guns feel really nice, I like the new traversal options, etc. - but my goodness game please don’t be self deprecating about how annoying fetch quests are when you’re actively asking me to do them.

It’s definitely just more Borderlands. But I’ll be happy waiting a while before buying this. 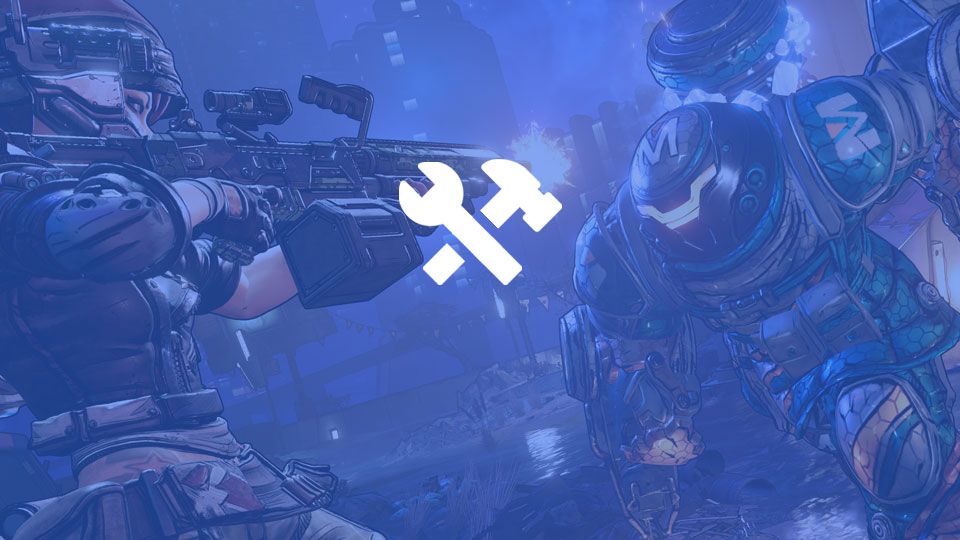 A complete list of changes implemented in the latest Borderlands 3 patch.

About damn time they let you skip the movie. I had to remove the files from disk.

They’ll be throwing a code out every day for a week. Get the Gift of Mayhem with a week of holiday rewards

Celebrate Mercenary Day with a week of Borderlands 3 rewards themed around the holiday season!

Just finished my third run through, first TVHM (on Moze), Mayhem 1.Finally have enough stuff to actually start farming gear I think and pushing into Mayhem 2. It’s amazing how much the right build/gear changes the game, and I’m still lacking all of the stuff I’d really like to have.

I’m on my first TVHM mayhem 1 as Fl4k. I have 5 days in the game and it’s easily my game of the year. I haven’t played a game this consistently in quite a few years. The story is lame, the bosses did nothing to earn their status, but it’s easy to ignore and just chase loot and flatten bosses over and over. This damn game might as well be injected into my veins.

Though the really good legendaries are few and far between compared to the plethora of bizarro pistols and what not.

Code for a holiday rifle: