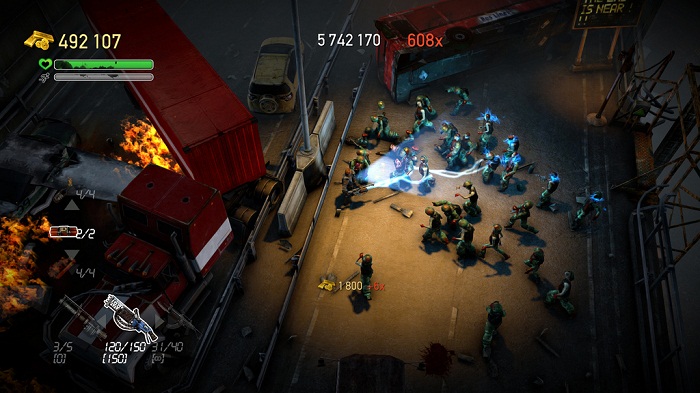 Housemarque's 2010 twin-stick zombie shooter is coming to the PlayStation 4 as Dead Nation: Apocalypse Edition. The new version adds improved textures, a quick weapon select ability, and a full campaign in solo and co-op play in either online or local modes..

I don't know. This sounds like a solution in search of a problem. Does anyone actually want to watch someone else play this game, and if so, would viewers voting on events be any different than events being chosen randomly?

Whenever I play zombie games, I pretend every one of the zombies is named Jason McMaster.

I already played this as a free PS3 game so having it be my ONE free PS4 game of March is too bad.